David Fincher is one of the most talented directors in Hollywood. His early career started with some music videos and commercials before he began directing feature films.

As one of the most famous directors in Hollywood and a celebrated filmmaker, he has been at the helm of some of the most acclaimed movies in of the 90s and 21st century.

Some of his most well-known movies include Fight Club, The Social Network and Gone Girl, and Se7en. There are many reasons why he is one of the best directors around.

He has directed some of the greatest movies to ever hit the big screen and continues to make some of the best movies around. These are his best works.

David Fincher’s filmography is one of the most consistent in all of modern cinema. The director has a unique vision and it shows in every movie he makes, even some of his lesser works.

A lonely young man (Edward Norton) unhappy with his white-collar job finds solace in an underground club for men who like to fight each other bare-fisted.

His involvement in the club leads him to meet a charismatic soap salesman (Brad Pitt), and the two become friends.

But their friendship takes a sinister turn when Norton’s character discovers that the soap salesman has multiple personality disorder, and is one of his alternate personalities.

Fight Club is a 1999 American film based on the 1996 novel of the same name by Chuck Palahniuk. The film was directed by David Fincher, and stars Brad Pitt, Edward Norton and Helena Bonham Carter.

The film plot follows the life of an “everyman” who joins a secret men’s group that facilitates male bonding through boxing, part of an underground society in which people act out their violent impulses in non-destructive physical ways. 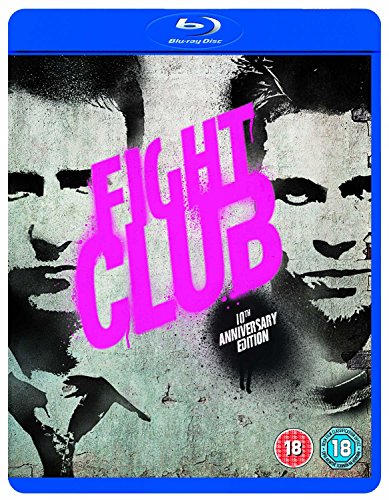 It stars Brad Pitt, Morgan Freeman, Gwyneth Paltrow, and John C. McGinley, with the plot concerning the pursuit of a serial killer committing murders using the seven deadly sins as his modus operandi.

The film was shot on location in New York City and Baltimore and was very dark in tone.

Se7en was regarded as one of the most influential films of the 1990s, particularly in the mystery and thriller genres.

It has appeared on many end-of-the-decade “best of” lists and frequently appears on lists of the greatest thriller films ever made. 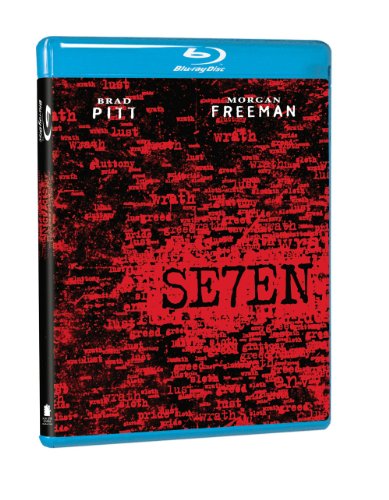 The Social Network is a 2010 American biographical drama film directed by David Fincher and written by Aaron Sorkin. Adapted from Ben Mezrich’s 2009 book The Accidental Billionaires: The Founding of Facebook, a Tale of Sex, Money, Genius, and Betrayal, the film portrays the founding of social networking website Facebook and the resulting lawsuits.

It stars Jesse Eisenberg as founder Mark Zuckerberg, along with Andrew Garfield as Eduardo Saverin, Justin Timberlake as Sean Parker, Armie Hammer as Cameron and Tyler Winklevoss, and Max Minghella as Divya Narendra.

Neither Zuckerberg nor any other Facebook staff were involved with the project, although Saverin was a consultant for Mezrich’s book.

Zuckerberg was born on May 14, 1984, in White Plains, New York. His father, Edward Zuckerberg , was a dentist, and his mother, Karen Kempner , was a psychiatrist. He has an older sister named Randi .

He became interested in computers and started programming when he was in middle school.

Most of Zuckerberg’s early programming work involved writing games. One of his first programs was a version of the game Space Invaders . In an interview with David Kirkpatrick , Zuckerberg recalled how he came up with the idea for Facebook: 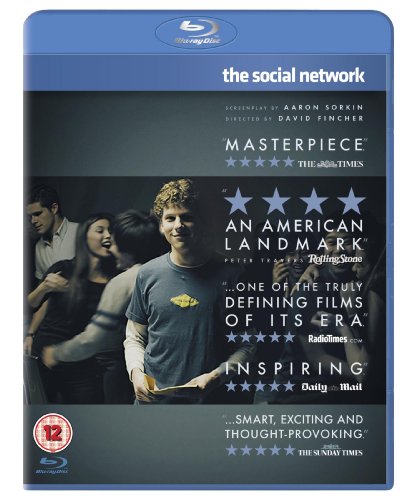 It tells the story of an investment banker who is given a mysterious gift: participation in a game that integrates in strange ways with his everyday life.

As the lines between the banker’s real life and the game become more uncertain, hints of a large conspiracy become apparent.

The film was well-received by critics like Roger Ebert, and was a box office success, grossing $48 million in North America and $100 million worldwide against its $70 million budget. 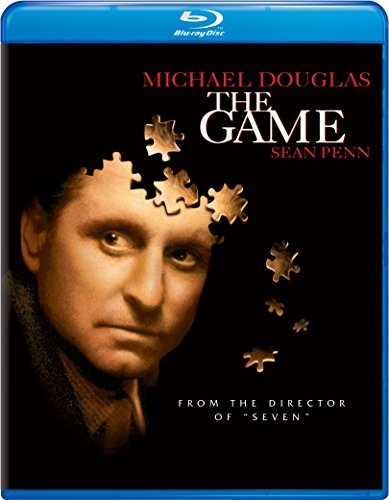 Who Is david fincher?

David Robert Fincher is an American film director and screenwriter. He works mainly in the thriller genre and is best known for his work on The Game (1997), Fight Club (1999), Se7en (1995).

David Fincher is one of Hollywood’s most visionary filmmakers, a director known for his distinct, uncompromising style and a post-modern approach to storytelling. He’s also one of the most acclaimed directors in the business.

Gone Girl (2014) is a mystery, thriller, drama movie that follows the story of a married couple whose lives are in turmoil. On the day of their fifth anniversary,

Nick Dunne reports that his wife Amy Dunne has been missing for four days. The police don’t believe he’s telling the truth and they start to investigate.

In the meantime, people around them begin to act very strangely and Nick is not sure if he can trust anyone anymore.

Gone Girl is a 2014 American psychological thriller film directed by David Fincher and written by Gillian Flynn, based on her 2012 novel of the same name.

The film stars Ben Affleck, Rosamund Pike, Neil Patrick Harris, and Tyler Perry. Set in Southeast Missouri, the story begins as a mystery that follows the events surrounding Nick Dunne (Affleck), who becomes the primary suspect in the sudden disappearance of his wife, Amy (Pike). 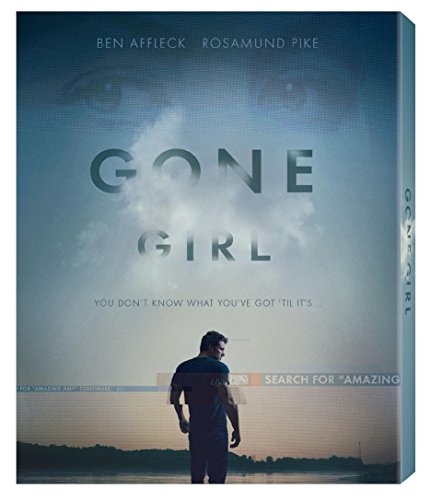 The Zodiac is a 2007 American mystery-thriller film directed by David Fincher and based on the true story of the Zodiac Killer who terrorized the San Francisco Bay Area during the late 1960s and early 1970s.

The fictional character which is “based” on the Zodiac Killer has been widely praised for his complexity, depth, originality and ambiguity. 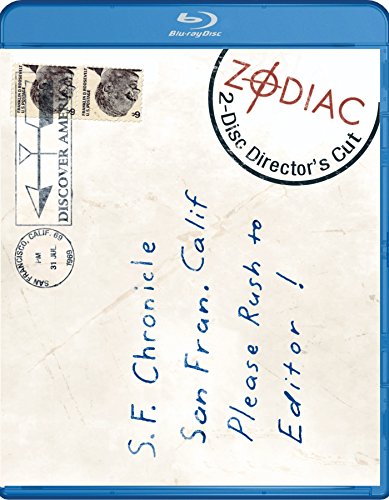 Alien 3 (stylized as ALIEN³) is a 1992 American science fiction horror film directed by David Fincher and written by David Giler, Walter Hill, and Larry Ferguson from a story by Vincent Ward.

It serves as the third film installment of the Alien franchise, and takes place after the events of Aliens (1986) and was followed by Alien Resurrection (1997).

The film stars Sigourney Weaver reprising her role as Lieutenant Ellen Ripley, and Lance Henriksen as Bishop in his final performance in the franchise.

Alien 3 was troubled from the start with production moving from studio to studio and suffering budgetary problems.

Twenty companies were involved with the film’s visual effects, including Amblin Imaging, Boss Film Studios, Centropolis Effects, and Industrial Light & Magic (ILM), which made up for its original low budget by recycling models and animation techniques used in previous films. 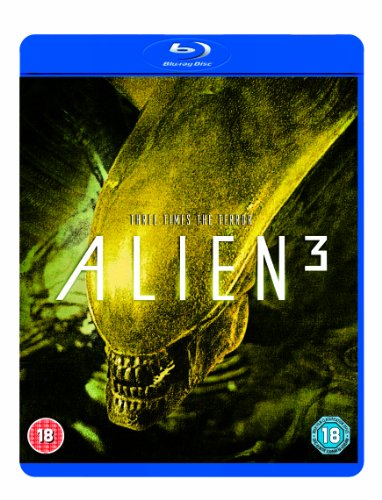 The Curious Case Of Benjamin Button (2008)

With The Curious Case of Benjamin Button, David Fincher and screenwriter Eric Roth have taken the short story by F. Scott Fitzgerald, stretched it out to two-and-a-half hours and added their own themes.

There are times when the plot seems forced and there are too many characters to keep track of, but on the whole, this is a memorable epic that probes the meaning of life and love.

Brad Pitt plays Benjamin Button, who is born in 1918 with a rare medical condition: he’s an elderly man trapped in a baby’s body.

His mother (Taraji P Henson) dies shortly after his birth and his father (Jason Flemyng) abandons him at a nursing home, where Queenie (Hiam Abbass) takes care of him. Queenie raises Benjamin as her son until he sets off to find his father in New Orleans.

But as he gets younger, Benjamin realizes that he has fallen in love with Daisy (Cate Blanchett), who grows older along with him.

The script for The Curious Case Of Benjamin Button was written by Eric Roth over 15 years ago, based on F. Scott Fitzgerald’s short story about a man who was born old and grew younger throughout his life. 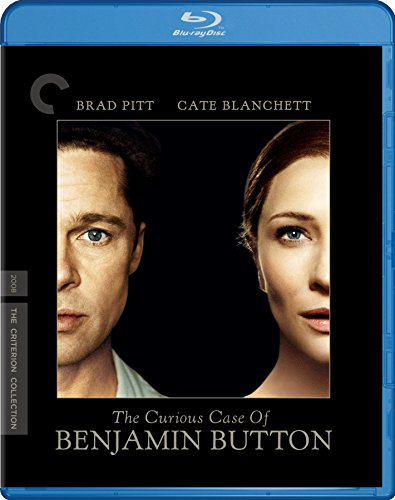 If you are a fan of the original Swedish film about The Girl with the Dragon Tattoo, then you will be delighted to know that this American remake has done a decent job of staying loyal to the story.

As a fan of the original film, I was pleasantly surprised to find that the remake did not disappoint. There are always going to be people who prefer one over the other and I can understand why, but I found this version to be very entertaining and uplifting, while still maintaining a sense of drama and mystery.

The movie is based off of the novel by Stieg Larsson. It stars Daniel Craig as Mikael Blomkvist and Rooney Mara as Lisbeth Salander. Right off the bat, I have to say that these actors did an excellent job portraying their characters; they were believable and well-written. I liked that they kept true to the characters as described in Larsson’s book;

Lisbeth is portrayed as a socially awkward but highly intelligent young woman who has had a rough life due to her father’s disappearance. 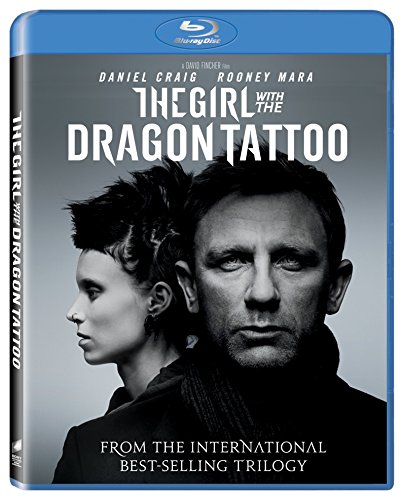 Panic Room is a 2002 American thriller film directed by David Fincher. The screenplay by David Koepp is based on a story by Koepp and Andrew Kevin Walker.

The film stars Jodie Foster (in her first theatrically-released film since 1995), and Kristen Stewart as a mother and daughter whose new home is invaded by burglars, played by Forest Whitaker, Jared Leto, and Dwight Yoakam.

The film’s plot revolves around newly divorced Meg Altman (Foster) and her daughter Sarah (Stewart), who move into a New York brownstone that has an isolated room used to protect the occupants from intruders.

When two burglars break in, Meg barricades herself and Sarah in the panic room, but soon realizes that what the intruders really want is inside the room with them.

Panic Room was released in March 2002 by Columbia Pictures. The film received positive reviews from critics, who praised the performances of all three leads; Stewart was singled out for particular praise for her first major film role at the age of 12.

The film grossed $30 million in its opening weekend, making it the third highest-grossing opening for a weekend of March at that time.

In 1940, Orson Welles is given complete creative freedom for his next project by RKO. For the screenplay, Welles recruits Herman J. Mankiewicz, who is in Victorville, California, recovering from a broken leg he sustained in a car crash.

Herman dictates the script to his secretary, Rita Alexander, who notices similarities between the main character (Charles Foster Kane) and William Randolph Hearst.

Producer John Houseman is concerned about Herman’s dense, nonlinear screenplay, while Herman’s brother Joseph worries that it may anger the powerful Hearst.

Jack Fincher wrote the script in the 1990s, and David originally intended to film it after he completed The Game (1997), with Kevin Spacey and Jodie Foster as the leads.

It never came to fruition, and Jack Fincher died in 2003. Eventually, the project was officially announced in July 2019, and filming took place around Los Angeles from November 2019 to February 2020.

To pay homage to the films of the 1930s, Mank was shot in black-and-white using RED cameras.

DJI Mavic Air Review: Our Look At The Mavic Air

Filming at Night: Ignite Your Spark For Night Filming

Mise En Scene Elements: What You Need To Know