When thinking about the question of how to use color in film making, remember that color means light and the contrast between light and dark indicates the intensity of colors.

Similarly, how bright or dark a color is depends on the amount of contrast between light and dark.

HOW TO USE COLOR IN FILM

What Is Using Color In Film?

Filmmakers have been using color to evoke a variety of emotions for years.

From the moody, black-and-white noir films of the 1940s and 1950s to Disney’s early cartoons like Snow White that were full of bright hues, there is an art form in how colors are used on screen.

Using color in film has become more than just a way to add interest or style; it can be a powerful storytelling tool.

How to Use Color in Film – Get Creative With Color

The reason why people like to work on film as a hobby is that it allows you the freedom to experiment.

When you create your film, use a white sheet of paper as a guide so that you can see what kind of image you want.

Light and shadow play a vital role in this process. You can use contrast and bright colors to achieve your desired effect. If you are using image editing software, then you will be able to determine the color that works best. 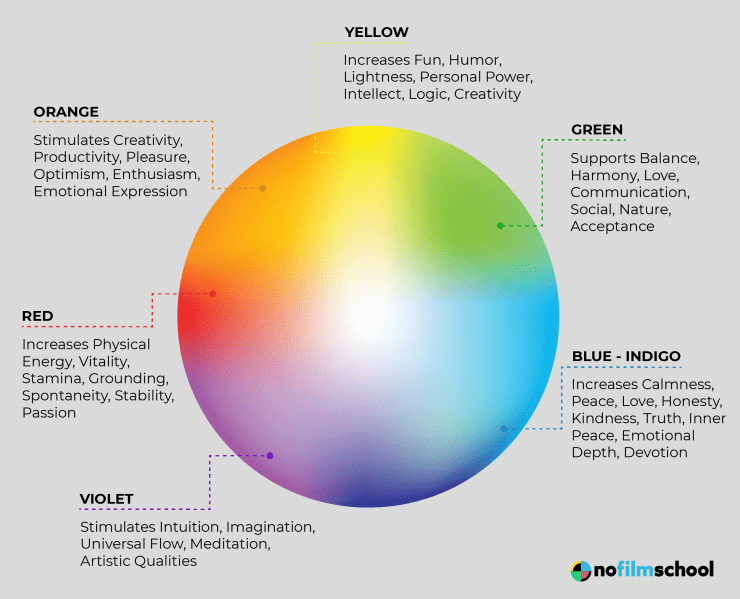 In a scene with a lot of bright lights, use darker shades of blue and green.

This will minimize the brightness and allow you to take note of the shadows cast on the subject.

In a scene with many greys, try using grey as the main color but keep the highlights in black.

This will bring out the contrast without making the image too dull.

It is essential to remember that contrast comes between light and dark.

For instance, in the ocean scene with the bright sun rising over the water, you would need to add more contrast between the horizon and the sun.

It’s possible to get away with using monochromatic objects where all objects are the same. But if you want to add more contrast, use different colors that represent opposing elements of the scene.

In the scene above, the blue and the green contrast work perfectly.

You can also use color in the film to portray the depth of a certain object; for instance, you can create the depth of the ocean by adding a little bit of white light from the beach light.

Another good tip for those of you who do not know how to use this technique is to use shadows to bring out the depth of the sea.

A little bit of a dark mark at the bottom can really do wonders to bring out the depth.

If you are trying to portray a sea with the shadow of a boat, then use only a small part of the boat, and make sure that you are able to see it clearly from where you are sitting. Remember to always have a camera ready to take the shot.

This way you will avoid looking at a blank piece of film and messing up your film’s process.

The sky is one of the most important elements in a scene. It shows up in the shadows and when there is a dark cloud in the sky.

How To Use Color In Film – Wrapping Up

Now that you know the basics of how to use color in film, try using more of it on your next project. It can make scenes pop and make everything come together in a way that you never thought was possible.

Remember that when you are using color in the film that you need to be subtle.

Too much color or too many colors can really throw off the entire scene.

Learn how to use it in a way that adds to the mood of the scene without overdoing it.

Try using the different techniques that you have learned in this article, and you should be able to use color in film in an easy way that everyone will be able to understand.

Model Release Form: What You Need To Know

The Wide Shot: The Definitive Guide, With Examples From Films

What Is 2:1 Aspect Ratio? Definition & Examples

What is a DP In Film: A Guide to the Role of the Director of Photography