Cinematography, or filmmaking, is the process of capturing moving images on a camera. This includes recording an event as it progresses in time and assembling the recorded pieces into a coherent sequence.

A cinematographer (or director of photography) has to be mindful of what type of lens they are using for each scene as well as how much light it is available.

What Are Cinematography Techniques & Tips?

Cinematography is the art of capturing moving images on film.

As a director, you’ll need to understand how to use these techniques in order to tell your story and make it more compelling for viewers.

There are many cinematography techniques that can be used in filmmaking including camera shots, lighting, sound design, editing, and color grading.

It’s not enough to just have great shots; these shots need to work together in order for them to create what we know as “cinema”.

But how does it work?

A camera operator will operate the camera as directed by a director. Once they have captured footage from a scene that has been set up beforehand, they will then take those raw materials and edit them together in order to make sense of them.

Most directors like to use this term when it comes to their craft because they are not only responsible for what goes into making the movie but also everything that goes onto the screen!

If you’re interested in pursuing a career as a filmmaker, this article will give you some insight into what goes on behind the scenes when making movies!

So What Exactly Does A Cinematographer Do?

Have you ever wondered what a cinematographer does? Well, they are the ones that make sure every shot is perfect. They work with the camera crew and director to find the best shots for each scene.

The cinematographer, or director of photography, chooses the camera angles, lighting techniques, film stock, filters, and other aspects that determine how a movie will look like.

The person who works in this industry has to be creative with their choice of shots and make sure that they are capturing every moment on the screen as beautifully as possible.

There are some people who have been working in this industry for decades because it takes creativity and skill to capture moments for audiences all over the world.

A cinematographer also crafts out an image for each frame of the film by deciding on color tones, lighting, lens choice or even adding visual effects like fog.

Though they have a lot of responsibility in telling a story through images, their job is often overlooked because most people don’t know what exactly it entails to be one!

A Cinematographer is a person who shoots and records a film. They are responsible for all aspects of shooting, including lighting, camera placement, frame rate, lens selection, and composition.

Cinematographers are the artists who work behind the scenes to create movies and TV shows. They’re responsible for all aspects of a production’s visuals, including framing shots, directing actors, and capturing images in order to tell the story on screen.

The art of cinematography is one that has been around for decades, and it’s something that filmmakers have become very good at.

Imagine the movie The Lion King without the iconic musical score by Elton John and Tim Rice. Or, what if Titanic was just a silent film?

How would those films have been different if they were not filmed with music?

One of the most important aspects is how cinematography can be used to evoke emotion from your audience. 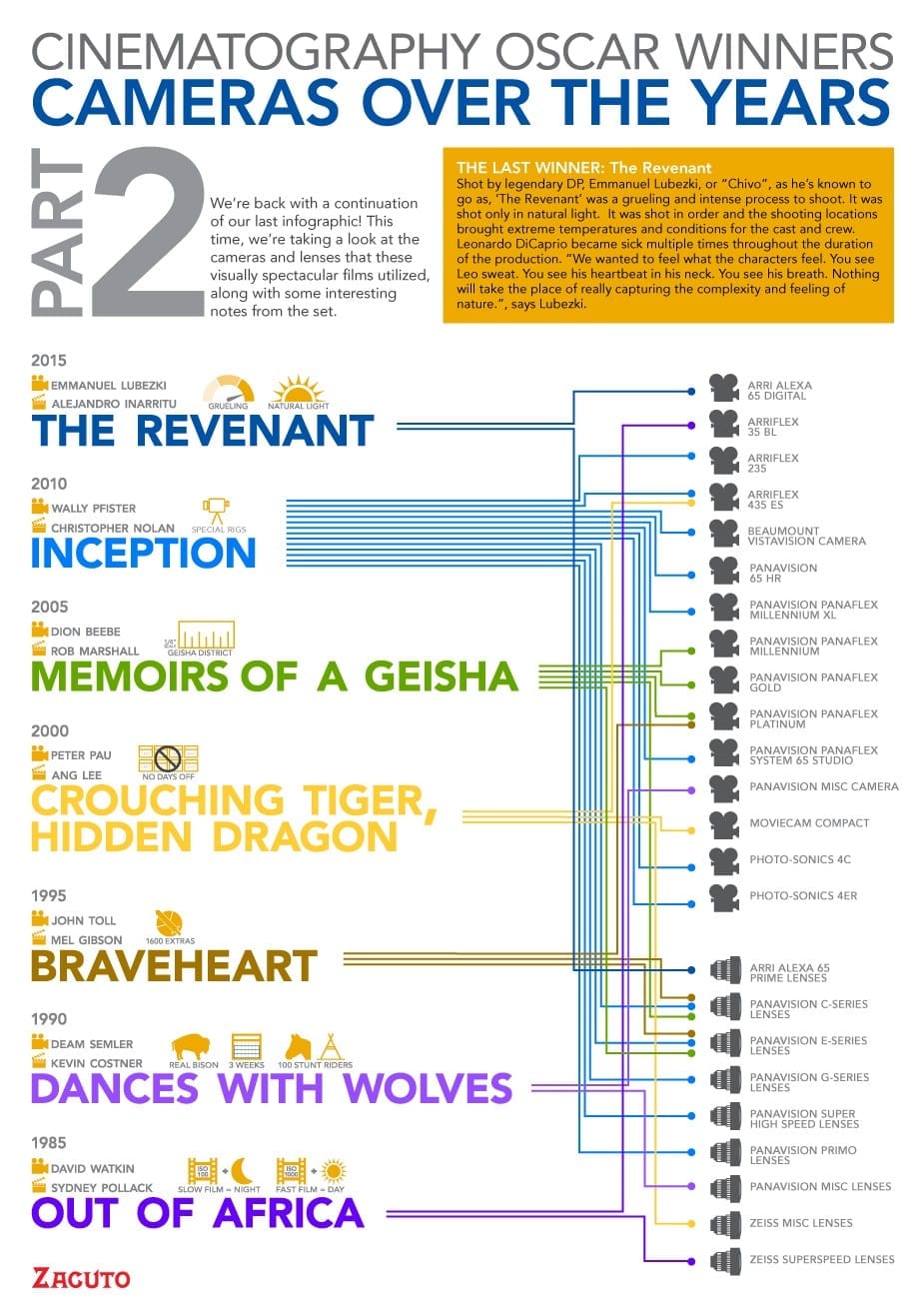 The use of cinematography dates back to early silent movies in the 1890s, but it was not until 1927 that a formal set of principles for this art form were developed by Soviet filmmaker Sergei Eisenstein.

Eisenstein’s theories on cinema may be summed up as “montage theory,” which he describes as “the bringing together into an organic unity two or more shots so that they will work towards one definite expressive effect.”

The cinematography technique, also known as the camera technique in filmmaking, is a creative use of camera placement and movement that can be used to illustrate or emphasize an idea.

The cameraperson usually has to use techniques such as panning, tilting, zooming, and dollying for this task.

This includes the style, composition, camera angles, lighting design, and editing techniques. It also includes all other cinematic elements such as sound recording and color correction.

We are visual creatures. We see things in pictures, we understand things through images, and we process information better when it is explained to us visually.

Every single thing you do that has a camera involved needs cinematography. Your YouTube videos should be edited with the best editing software for YouTube, your Instagram stories should have an interesting color palette and well-timed cuts between shots, your blog posts need captivating intro paragraphs if they are not video content (trust me on this one).

How can you make sure everything you create looks professional? Follow these five tips:

2. Make use of natural light.

4. Keep moving subjects away from the shot.

Yes, it’s very important to experiment with their camera shots. There are many tricks and techniques that can be used to capture different emotions and moods from the audience.

One of these is called a Dutch Tilt, which is when you tilt the camera on its side so that one set of two perpendicular lines are parallel with each other instead of diagonal like normal filmmaking.

This technique makes for an interesting visual because the image seems almost like a painting or drawing in motion as opposed to regular cinematography which looks more realistic.

For The Best Cinematography, Be Sure To Test

There are many ways to test the quality of a cinematographer’s work, including checking out the shots and angles in relation to one another, but there is no better way than testing them on set.

And, the best cinematography is not always the most expensive.

Here are a few tips to test if you’re looking for an affordable option:

1. Find out what format your camera shoots in and make sure it’s compatible with the format of the film stock. If you have a digital camera, ensure that it’s shooting at least 1080p, or 4k as some cameras do not shoot above 720p;

2. Look at how much light your lens can handle by checking its maximum aperture;

3. Ensure that your lenses can focus close up on detail without distortion and still achieve sharp results when working from far away.

Let’s look at a few important cinematographers whose work you can learn a lot from.

There is no denying that Roger Deakins is one of the best cinematographers of all time.

He has done one of the most iconic movies that had a crucial influence on filmmaking, art, and culture.

His style is notable for use of natural and practical lighting, a subtle camera, and innovative color palettes.

After working at movies like Venom: Let There Be Carnage or Once Upon a Time… in Hollywood hard to deny the importance of Robert Richardson professional eye for cinematographic techniques.

He has graced a variety of films with his bold, stark high-back-light signature.

He has worked in the movies like Children of Men, Gravity, The Revenant, Birdman, or (The Unexpected Virtue of Ignorance).

There is something very special about the work of Emmanuel Lubezki, and we are not the only ones who noticed it!

What Makes A Good Cinematography?

Cinematography is a complex and highly technical art that can be difficult to understand. There are many elements that go into it, but the three most important ones are framing, camera movement, and cinematographic techniques.

Ever watch a film and notice the artistry of how the scene is shot? Different types, angles, and colors all work together to create a captivating effect.

But what makes this cinematography good or bad? There are many factors that go into making it either an artistic masterpiece or just another average movie.

There is something about being able to capture a story from a new angle, with a different perspective. Cinematography can be the difference between an average movie and one that will change your life.

The first thing that makes good cinematography is the camera work. The way that the film is edited and shot can either make or break a movie.

A great example of this is in “Citizen Kane” where there are long takes with no cuts, which builds tension in the scene and keeps you on edge until it finally explodes.

Another part of what makes good cinematography is all the small details like lighting and sound that go into making every frame seem perfect.

Cinematography Techniques – What Are The Different Camera Techniques?

There are many different camera techniques that can be used. Each technique has its own strengths and weaknesses, but the type of shot you choose to use will depend on what you want your audience to feel or see.

For example, if you need to show a character’s emotions in an intimate way, close-ups are best for this purpose.

If you want the audience to see the environment around them, then wide shots may be more appropriate.

The type of camera technique chosen will also affect how fast or slow a scene is paced. A profile shot might make things seem slower than they would otherwise appear.

There are many camera techniques that can be used in photography. When you’re starting out, it may seem like a lot to learn and master.

How Do You Write A Good Script? The Essential Guide [With Examples]

What Is Cross Cutting and Parallel Editing In Film? The Complete Guide

What Is a Close-Up Shot? Definition & Examples Of This Filmmaking Technique

What Is 16:9 Aspect Ratio? Why Is Widescreen So Popular

What Is a Dolly Zoom (Zolly Shot): The Complete Guide