Motivating Actors Through Music: How Sound Can Create a Cohesive Vision

What comes to mind when you envision famous movie franchises like “Indiana Jones,” “Star Wars” or “Harry Potter”? You might think of their iconic theme songs — sweeping scores that encapsulated the heart and soul of the series.

Smart filmmakers know how to leverage music to create depth, feeling and atmosphere in their work. They know that the soundtrack should support whatever happens onscreen to leave a lasting impression on their audience.

With that in mind, why don’t more filmmakers incorporate music during production? If it’s known that sound can move an audience, you can bet it’s a motivator for actors, as well. Take a look at why and how you should use music on set.

Why Does Music Cause an Emotional Response?

Songs can elicit practically every emotion. In fact, you probably have a few favorites for each mood. This makes music perfect for movies.

If you have a scene where a character endures tragedy, you’ll likely include a slower song that makes the audience teary-eyed. The same idea applies to cheerful, tense and scary moments, too.

How do human brains come to those conclusions? There are many unknown variables, but it’s partially due to how music affects the auditory complex through two areas called “gyri.”

A sad song will have a slower rhythm, so it won’t excite those parts as much. The opposite effect occurs when you listen to an upbeat tune, like “Dancing Queen” by ABBA.

This response happens more deeply when you pair music with imagery. In many ways, you can consider music to be its own language.

You can only envision an event to a certain extent when you listen to someone tell a story. If you weren’t present firsthand, you’ll never fully understand their experience.

Composers craft the songs to fit each moment’s emotional needs — and if you use preexisting tracks, you can create a new meaning. As a result, your audience has that extra layer to define how they interpret your movie. 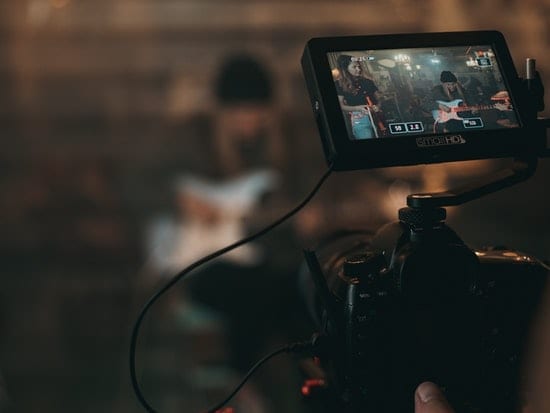 The Many Ways Music Inspires Creativity

There’s no denying that music can be an effective way to boost productivity and inspiration.

For example, students commonly listen to instrumental music while they study. It helps silence background noise so they can focus clearly.

Plus, their material may become easier to learn if they have a predisposed high memory capacity. In other words, songs can be used as aids.

You can employ similar tactics throughout your creative process. As you write your screenplay, you might listen to specific playlists that allow you to envision your scenes clearly.

You could play particular tunes for your actors to construct a certain atmosphere. This approach even works when it’s time to edit your project into a full-blown motion picture.

There’s a reason why people listen to tunes while they work. In some cases, it’s because they need to be motivated. 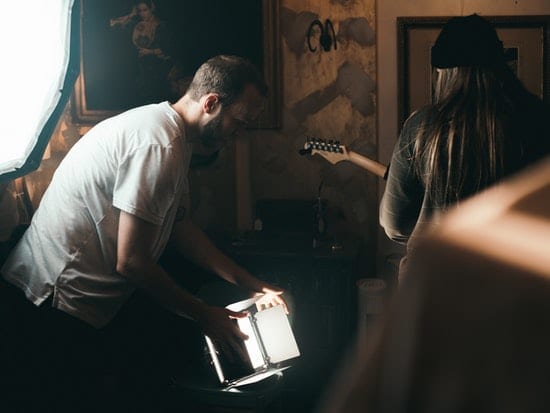 In other instances, they simply can’t complete their assignments when it’s silent. You can tap into another feature that many individuals don’t require — and that’s how any given song makes you feel.

A particular track can trigger emotions you want to portray onscreen. If you wish to capture joy or cheerfulness, you can listen to songs that inspire those sentiments before shooting a scene. Then, you’ll be able to personify that happiness through the camera’s lens accurately.

You can employ music to help you become more productive and inspired, whether you’re a student or a filmmaker — or anything in between.

It’s music’s job to evoke emotions, so you should channel that power as you navigate your creative process. It’ll support your efforts throughout each stage, and you can maintain a singular vision more effectively. 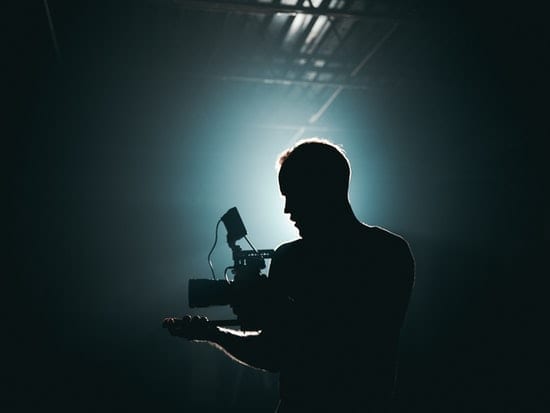 How to Use Music to Craft a Specific Environment

You now know why you should use music as a filmmaker to benefit your project. But how do you put those theories into practice?

It’s generally straightforward to listen to tunes as you write and edit. It takes a little more effort to create such an environment while you shoot your project.

That said, you shouldn’t hesitate to play tunes on set. These four tricks will allow you to motivate yourself — and your actors — so you can adhere to your project’s vision.

Try to build a playlist for your script as you write. You can include songs that inspired you to create specific scenes.

If you want to be more precise, why not create individual playlists for each character? You should then attach a link to it when you send your screenplay to potential cast members.

They’ll be able to feel what you felt as you wrote each line. Those emotions should help them feel more connected to your story overall. Be sure to have a way to play your playlists on set once production begins. Your actors will thank you later. 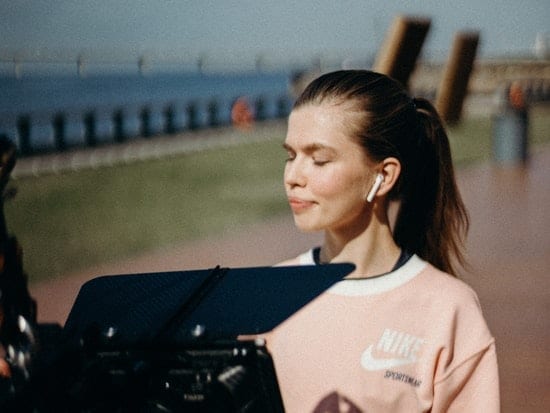 If you’re musically inclined, you can always make your own score to aid your creative process. Turn your garage into a music studio so you can compose in peace. You can use free software, like Apple’s GarageBand, to mix tracks that correspond with your movie.

This option allows you to have control over your film’s music selection. You may not use your homemade score for your finished product, but it’ll still provide each vibe that you want to recreate for each scene.

As a result, you’ll have a more genuine insight into your vision.

If you’d like to go this route, consider some simple equipment, like a synthesizer. But make sure you’re getting the right equipment for beginners.

Industry professionals recommend synthesizers like the Korg Minilogue or the Behringer Neutron, which is comparatively affordable.

3. Look to Other Films

It’s no secret that filmmakers look to other movies for inspiration. If you have a few motion pictures you used as guidance, you can play specific moments for your cast.

The goal won’t be to imitate or copy what happens. Instead, it’s a way to further explain whichever atmosphere you want to convey.

Don’t hesitate to highlight each clip’s music selection. That’s your opportunity to emphasize emotions you want your cast to portray and your audience to feel. You could use those examples when you construct your score, as well.

There’s a reason why many filmmakers use similar-sounding soundtracks for their projects. The Marvel Cinematic Universe movies are an example of that. 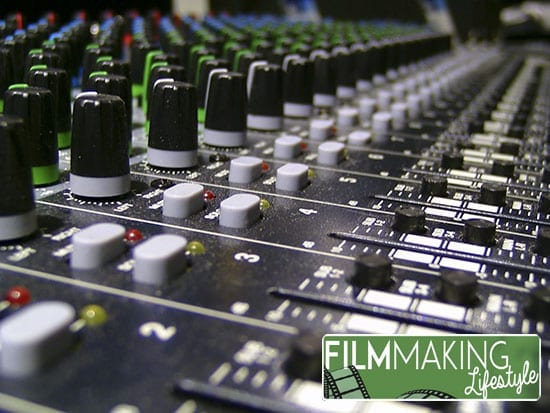 It may even be smart to play music between takes or through walkthroughs to ensure your actors are ready to take on the scene. You’ll want to be strategic since music can disrupt production. That said, it’ll never hurt to use it as an aid when you don’t have to shoot a “perfect” scene.

Keep a speaker nearby so you can cue songs to play when necessary. You could have your actors listen through headphones on their smart devices, too. This way, they can use their own music to help them get into the scene.

You could ask your camera operators to wear earbuds while you shoot, too. They can time their shots to the music more fluidly, and you’ll enjoy a concise result.

In any case, you shouldn’t hesitate to rely on music as a tool throughout your creative process.

These tactics can help you convey your intentions to your cast and crew. Your music selection will provide extensive benefits that allow you and your partners to be on the same page.

Channel the Power of Music During Your Next Production

You can use music as a tool in endless ways. It’s a powerful way to convey emotion, which is what makes it so perfect for filmmaking. You’ll be able to help yourself and others feel more aligned with your project when you incorporate certain tunes into your process.

Use these suggestions to help you build that ideal atmosphere on your next set. The results will surely see their way into your final product — an engaging, cohesive film.

Oscar Collins is the managing editor at Modded, where he writes about a variety of topics, including the most recent trends in tech. Follow him on Twitter @TModded for regular updates!

What Is A Post Credits Scene: The Essential Guide To The Movie Stinger [With Examples]

How to Make a Storyboard The Easy Way (And The Hard Way!)

Film Sound: Importance, History & How To Record It The Right Way

What Does the Producer Do? A Guide to Producing