This is the 24rd instalment of this feature here on Filmmaking Lifestyle, where we chart the best-of-the-best from around the filmmaking and video production world. This article covers the best posts from September 2017.

The Best Posts Of September 2017

Wow! You read that right. This is the 24th installment of this humble feature here on Filmmaking Lifestyle!

Yes, Filmmaking Lifestyle has been alive longer than that, but that’s 2 years worth of Best of the Month posts here on the site.

I recently wrote about this elsewhere on the site. If you’d like to donate to the site, I’m opening up donations by Bitcoin and Ethereum.

I’m doing this for a couple of reasons:

So if you’ve found my work here at Filmmaking Lifestyle helpful and you’d like to send a donation, I’m now accepting donations in both Bitcoin and Ethereum to the following addresses:

I have put many hours into the creation and running of Filmmaking Lifestyle and it’s a great pleasure bringing educational and resource filled posts to you all. Any amount you’d like to donate to the running of the site (or as a tip) would certainly be appreciated.

As for cryptocurrencies, I strongly feel they’re the future of personal finance. By allowing donations via the two major cryptocurrencies, I’m hoping to do my bit towards getting them recognized more fully. Mass adoption of cryptocurrencies like Bitcoin becomes an ever-increasing likelihood in the near future. Some even predict a complete end to the fiscal banking system as we know it.

Whatever happens, I really believe cryptocurrencies are going to be a huge part of our future and they could even be a phenomenon that people will look back on as the Internet of our era. If you’d like to learn more about cryptocurrencies, here’s a great resource.

I’d be very grateful for any donations you might like to give. Here are the addresseses again:

Also, just a quick note that this month I finally moved filmlifestyle.com over to be completely HTTPS. It is something Google has been pushing for a long while now, and it’s a great move for the WWW as a whole. I was just a little slow to move everything over, as I was worried about potentially loss of Google rankings and such from the domain change. Looking good so far, though. Let’s hope everything goes well!

With the general admin stuff out of the way, let’s get to the links this month!

Here’s Quentin Tarantino on Spy Kids And Its Positive Effect For Mexican Culture:

What’s been happening on Filmmaking Lifestyle? We started off this month with an article on small business accounting in your video company. This will be a helpful read for a lot of you, especially around tax season.

Next up, we had pieces on submitting to film festivals and sales techniques for your video services.

Next we had a piece on Art vs. Commercialism, which I’ve been meaning to write for a while now. I also featured the Best Laptops for Video Editing and a detailed article on overcoming procrastination.

But the month wasn’t over there. We then covered influencer marketing and how it relates to video companies, had a detailed buying guide for the best Canon DSLR cameras and rounded out the month with an article on how I project manage video work with the awesome app Trello.

This is a pretty crazy story! Cop shoots at movie actor dressed as bank robber (no, they didn’t have permits).

If you’ve got time, this is well worth a watch. Documentary called The Edge of Hollywood about indie filmmakers:

Let’s start off with a recent article about RED unveiling Monstro 8K VV full-frame sensor with 17+ stops of dynamic range.

“This is the easiest way to make it look like it’s raining outside in your videos without any VFX. This practical effect was used in a short film we recently made. Shot on Sony a7s/35mm/Source Four light to backlight the rainy scenes. – [05:42]”

Don’t know what ‘pancake timelines’ are? Maybe it’s time you watched this video:

This was pretty interesting: “i made a movie. it stunk. (video essayist breaks down his own feature film) – [30:46]”

This month’s Picture of the Month is from Paul Machliss, editor of Baby Driver. I’ll let him explain: “This was the keyboard after we had taken it out on location after 15 weeks. Once we wrapped on this . . . I took it home . . . and framed it. It’s on the wall, retired. It’s the keyboard that did Baby Driver and nothing else.” – Image via Paul Machliss / Avid. 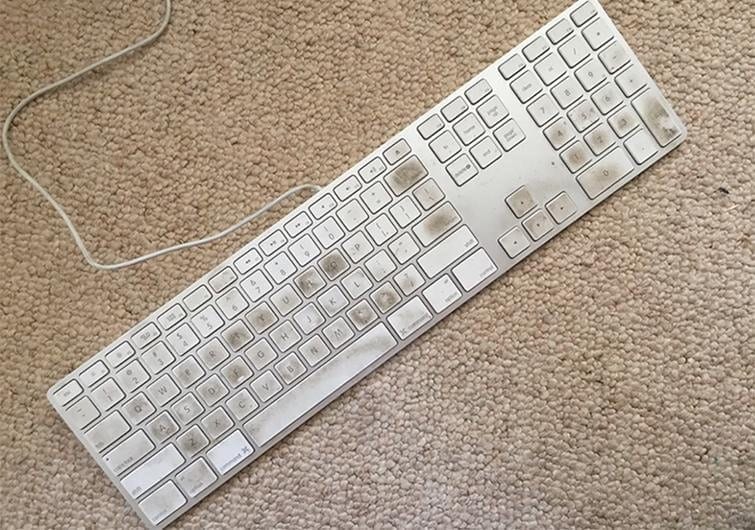 This month’s Video of the Month is 5 Production Efficiency Tips from Daily Editors:

Until next month’s article, make sure you stay shooting! Adios!

Video Formats: What You Need to Know & The 6 File Formats You Need

The Top 4 Networking Principles For Your Video Production Company

Shooting with the GoPro Omni in 2022: The Making of the Alaska Seafood 360 Video

What Is A Library Shot In Film: Ultimate Guide

Make Money in Videography – Go Out There, Make Some Money & Be Successful