You ever hear the one about when Werner Herzog eats his shoe? I always found this story both bizarre and inspirational. It’s also incredibly fascinating and gives a glimpse into the passion needed to be a world-famous filmmaker:

Werner Herzog Eats His Shoe is a short documentary film directed by Les Blank in 1980 which depicts director Werner Herzog living up to his promise that he would eat his shoe if Errol Morris ever completed the film Gates of Heaven.

The film includes clips from both Gates of Heaven and Herzog’s 1970 feature Even Dwarfs Started Small. Comic song “Old Whisky Shoes”, played by the Walt Solek Band, is the signature tune over the opening and closing credits. 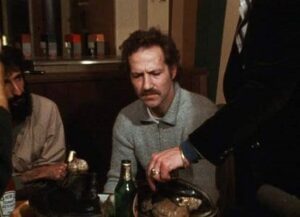 The film features Herzog cooking his shoes (the ones he claims to have been wearing when he made the bet) at the Berkeley, California restaurant Chez Panisse, with the help of chef Alice Waters. (The shoes were boiled with garlic, herbs, and stock for 5 hours.)

He is shown eating one of the shoes before an audience at the premiere of Gates of Heaven at the nearby UC Theater. He did not eat the sole of the shoe, however, explaining that one does not eat the bones of the chicken. There are also clips of short interview of Herzog discussing the destructive capitalistic effects of television and mankind’s lack of adequate imagery. 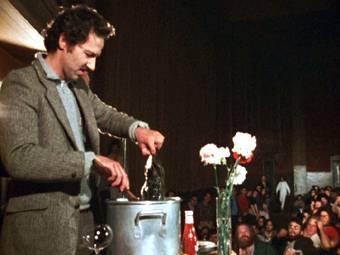 Blank went on to direct Burden of Dreams (1982), a feature-length documentary about Herzog and the making of Fitzcarraldo.Werner Herzog Eats His Shoe is included as an extra on the Criterion Collection edition of the Burden of Dreams DVD.

El Principios - How Robert Rodriguez Got His Start

What Is The New Generation Malayalam Film Movement?

What Is Third Cinema? The Definitive Guide

What Is Toronto New Wave Cinema? Essential Guide To The Film Movement

What Is a Biopic? Definition, Examples & Historical Impact