How to make a Documentary: 7 Steps For Making a Breathtaking Documentary

How to make a documentary?

One step at a time.

Making a documentary can be an amazing experience for any film maker. It allows a filmmaker to capture aspects of reality and truth that are harder to show in narrative filmmaking.

Documentaries allow a filmmaker to reveal interesting and unusual angles to well-known stories or even uncover stories that no one else really knows about.

But it’s not all straightforward. Creating a brilliant documentary is tricky. We’ll cover some of the steps you’ll need to take to make a great doc in this guide. 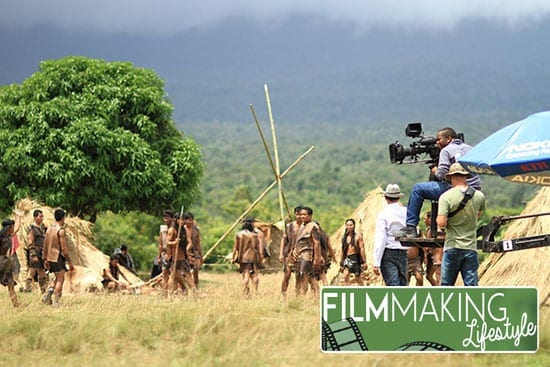 Before we go into the steps to make a good documentary film, let’s remember the “edge” that a documentary has over other forms of film.

An amazing documentary is one that can do two things well: it can educate and it can entertain.

Michael Moore has 13 rules for making documentary films. While he doesn’t deny the documentary’s power to educate, he does lament that sometimes people feel that, to make a good documentary they need to make a bad film.

He believes that a documentary needs to be an entertaining movie first, in order to get any of its points across effectively.

“If I make a shitty film, the politics aren’t going to get through to anyone. If I ignore the art, if I have not respected the concept of cinema, and if I haven’t understood why people love to go to the movies, nobody is going to hear a damn word about the politics and nothing is going to change,” he declares.

Don’t let your message be lost because you didn’t make a documentary film that no one wants to watch.

Of course, you also need to make a film that is watchable or you’ll never create an audience . Here are a few steps you need to take.

Step 2: Choose a documentary subject that YOU care about

A good documentary has something to say, and it needs to say it in a way that holds the interest of its viewers. The best way to do that is to choose a subject that is compelling and interesting. The first way to do so is to ask yourself: Is this subject personally interesting to me?

Don’t forget that you are going to be the first viewer of your documentary and, if you don’t choose to make a documentary on something you yourself are interested in, on a subject you care about, chances are your documentary will not be interesting to other people either.

As Moore says, “You are the audience, too. I tell my crew that the audience is ‘on the crew’. The audience is part of the film.  What is the audience going to think of this film? And so many times when I’m filming, I find myself thinking, Oh man, I already know what is going to happen when people watch this! I can already see it. I am a stand in for that audience. And that’s what you need to be, too.”

One more tip about choosing a good subject for a documentary is to think about what the “theme” of your documentary will be.

What questions about the subject can you ask, and try to answer with your documentary?

Deciding on a theme will help your documentary come together and present a compelling story instead of just saying a bunch of disjointed facts.

And know that no documentary is unbiased. No matter what some people claim. A documentary (or any kind of filmmaking) is a creative exercise and it will always be subjective. There’s no objective truth in documentary filmmaking, as Werner Herzog explains here:

Step 3: Sit down and make a plan

After choosing what your documentary subject will be, you then need to think about how you are going to talk to people about it.

How are you going to use your documentary to tell a compelling story about the subject?

Two particularly important questions you are going to need to ask at this junction is:

It would be a good idea, at this point, to make an outline that answers those two questions and also sets up the flow of your documentary.

To make an amazing documentary, you need to have a good story to work with. It’s not enough to have an interesting subject, what you have to say about that subject has to be told in an interesting way.

You will need to recognize and show dramatic conflict in your documentary. A good documentary film will follow a dramatic curve until its resolution – it will have a story.

Documentarian Robert Greene cautions about choosing characters who come off as too “quirky”. He advises asking the question: Is this person a normal human being?

If you’re a big fan of documentary movies, you will have seen some of the quirky and unusual characters in some of Werner Herzog’s best films. But, as the video earlier showed, Herzog often deliberately blurs the lines between truth and fiction. In fact, he’s pretty much come up with new definitions of both when it comes to filmmaking.

Your subject should act and feel like a genuine person. Otherwise, they will come off as fake and so will your documentary’s story. 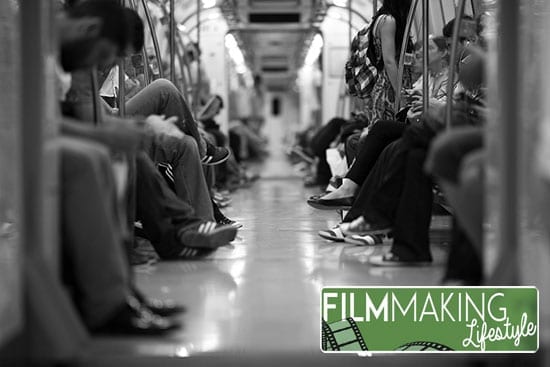 Unsure about putting a plan together and outlining your proposed documentary film? Here’s a brilliant guide to the full pre-production process Laurie Kahn-Leavitt went through in making an historical film called A Midwife’s Tale.

Documentarian Jesse Moss also advises that you choose a character to follow that you like and who is on a journey that intrigues you.

“I can’t imagine making a film, and expending this much effort on a film about someone I disliked,” says Moss.

When looking for a good documentary character, Ramona S. Diaz says to check if they are good storytellers.

“Now the question is, do I believe their stories? Not necessarily. . . But the bottom line is that they are fascinating, and you’ll parse out what’s real and what’s not real as the filming progresses,” says Diaz.

Sometimes a good documentary character will turn out to be the documentary’s story itself. Following a compelling character along their journey can allow you to uncover some amazing insights into your documentary’s subject.

“The people I find most compelling are those who have a goal and are willing to let me follow their journey to reach that goal,” shares Nisha Pahuja. Check out more of Green, Moss, Diaz, and Pahuja’s insights into documentary characters in this article here.

Now, take a look at your story outline and think of how you are going to show the story you want to tell.

Here are a few things to consider at this point:

At this point, you are also going to want to review any previous work that has already been done on your chosen documentary subject.

There could already be existing video footage or photos that you can incorporate into your documentary. You should look into the possibility of getting access to and using these existing materials instead of shooting everything brand new.

An amazing documentary film may also feature a number of quality interviews (depending on the type of documentary).

You need to identify interview subjects who will truly have something compelling to say about your documentary subject.

You also need to prepare good questions.  You need to ask questions that are appropriate and that will lead to your interview subject telling their story, on-camera, in an honest and personal way.

Some tips courtesy of Desktop Documentaries: 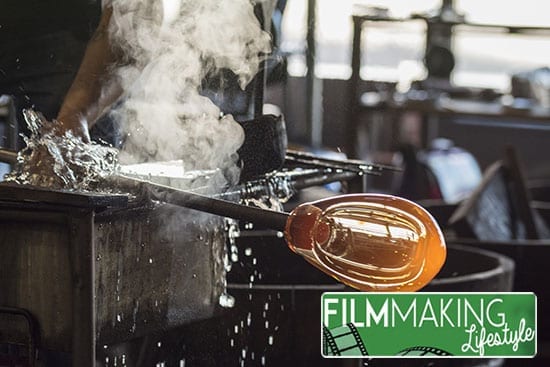 Step 5: Get the shots you need

It goes without saying that you need to have good, reliable equipment when you set out to make a truly amazing documentary film.  You need to be able to capture great visuals and sound.

Using good equipment doesn’t mean breaking the bank, though. There is a variety of affordable filmmaking equipment out there for all purposes and scenarios.

Check out this article for tips on putting together a low-cost but high-quality video production equipment package that will help you shoot an amazing documentary film.

In a study by the Center for Media & Social Impact, working on your own documentary project was found to be the most valuable source of documentary film training by a long shot: 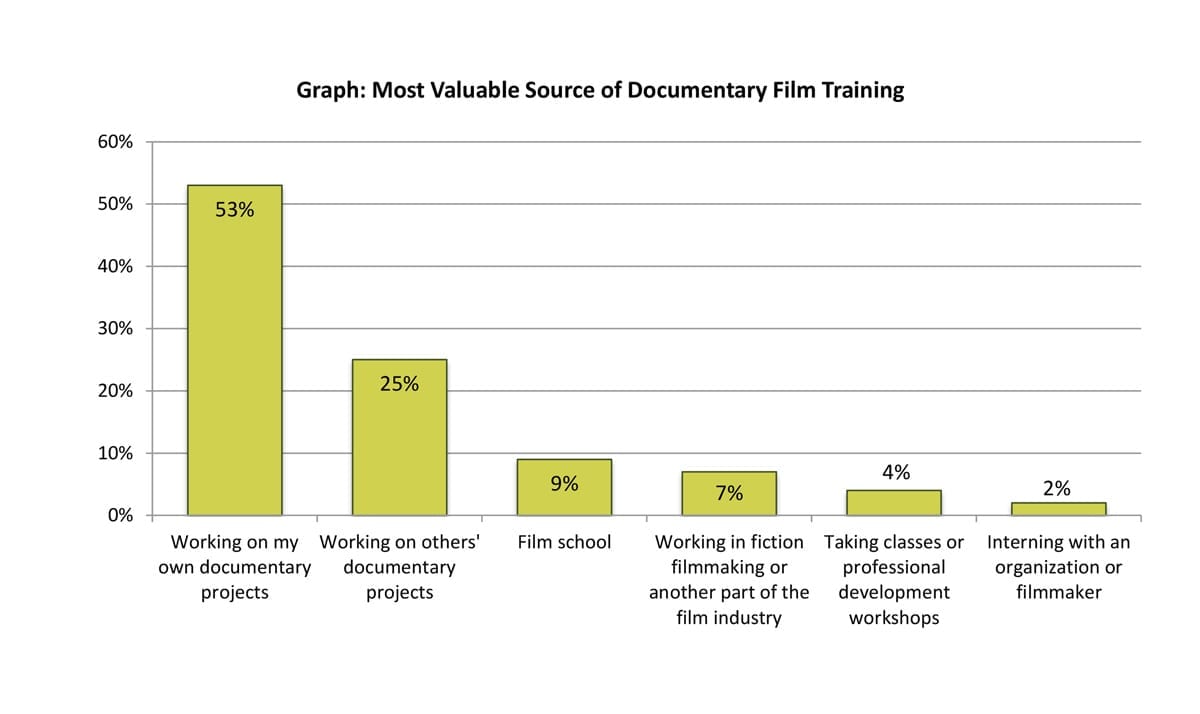 Step 6: Finding and locking down your real story

So you have gotten all the shots in your shot list and interviewed all the characters you identified in pre-production?

It’s time to flesh out your story outline and organize what you have into your documentary’s script.

You see, as your documentary process evolves over time, you might just find that the film you set out to make has grown into something more.

Go back to the story points you identified in your original outline and try and identify the footage and interviews that you have that will fit those points.

Don’t be afraid to play around with the outline at this point. If a certain scene or interview that you shot was originally supposed to be at the start of the film, but now you believe it will be more compelling at the end: do so.

It’s also a good time, once you have your story locked down, to record any voice over that you might want in your film. This helps people follow along with the action that they see on screen.

Don’t be too cautious to start with your documentary filmmaking process. Too many people wait for funding and find they’re waiting forever.

In their study, the Center for Media & Social Impact found that perceptions of adequate funding for the various documentary film phases were hardly ever adequate, and were most often deemed inadequate.

What does this tell us? You should go ahead and just start telling your story, rather than waiting for funding! 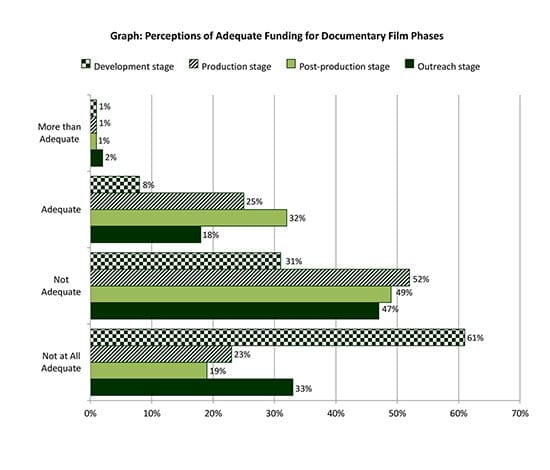 Step 7: Bring it all together in editing

Start putting your documentary film together by putting your clips in an order that best presents the story you want to tell. It should start to flow naturally on the screen.

This is one of the hardest and most time-consuming parts of the process. Many people think that editing and post-production is where the true magic happens in any kind of filmmaking. I’d venture that that is even more true for documentary filmmaking.

You want to bring your audience along for an emotional ride, with high points and low points to give them a dynamic experience.

One thing that separates an amateur documentary project from a professional one is the use of music. Try to use music that will match your documentary’s visuals. 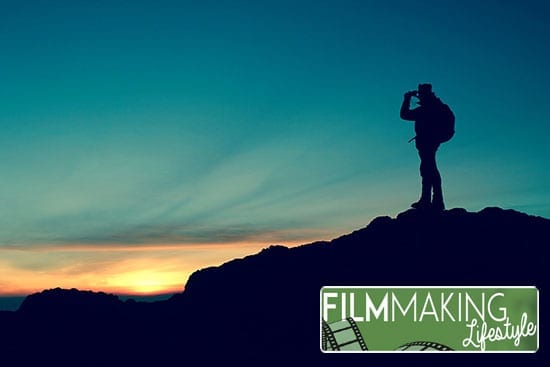 How to Make a Documentary — A Conclusion

Making a documentary can be a riveting experience and also a frustrating one.

Unfortunately, it’s not as simple as just finding a cool subject, going out and shooting some good shots and then putting it together in post. Planning and pre-production are hugely important in the documentary world, and may be even more critical than in narrative filmmaking.

You’ll find that you might be stuck in pre-production for a long time. Assembling ideas, facts and pieces of the puzzle that you’re going to use to make a breathtaking film. That’s a good sign that you’re making a great documentary.

Don’t wait around for funding, because you might be waiting forever! Instead, get started telling your story today!

So, how to make a documentary? One step at a time. And the steps are all right here. I hope this article has been instructive and helped you on the way towards making a documentary.

Have you made a documentary? How did you find the process? Let us know your best tips in the comments below.