It’s easy for your viewers to watch the first 15 seconds of your video. But what if you want them to watch a minute or the entire video?

In this guide, we’re going to see why people abandon your video. So you can fix those mistakes and make more attention-grabbing videos.

That would make people watch more of your videos. That in the end, helps you rank better in search and get more views through YouTube suggested videos.

Why Does a Viewer Abandon the Video?

While we’re working to figure out why viewers are clicking off your video. You must know why they came to watch your video in the first place.

Your video title and thumbnail set an expectation about what’s inside the video. And once your viewers click on it, they hope to see their expectations fulfilled.

And when it gets fulfilled for most of your viewers. That’s when YouTube gets this signal that viewers are interested in watching your video.

But that’s not all:

Your viewers would not just keep watching the video. They’re going to watch your other videos. 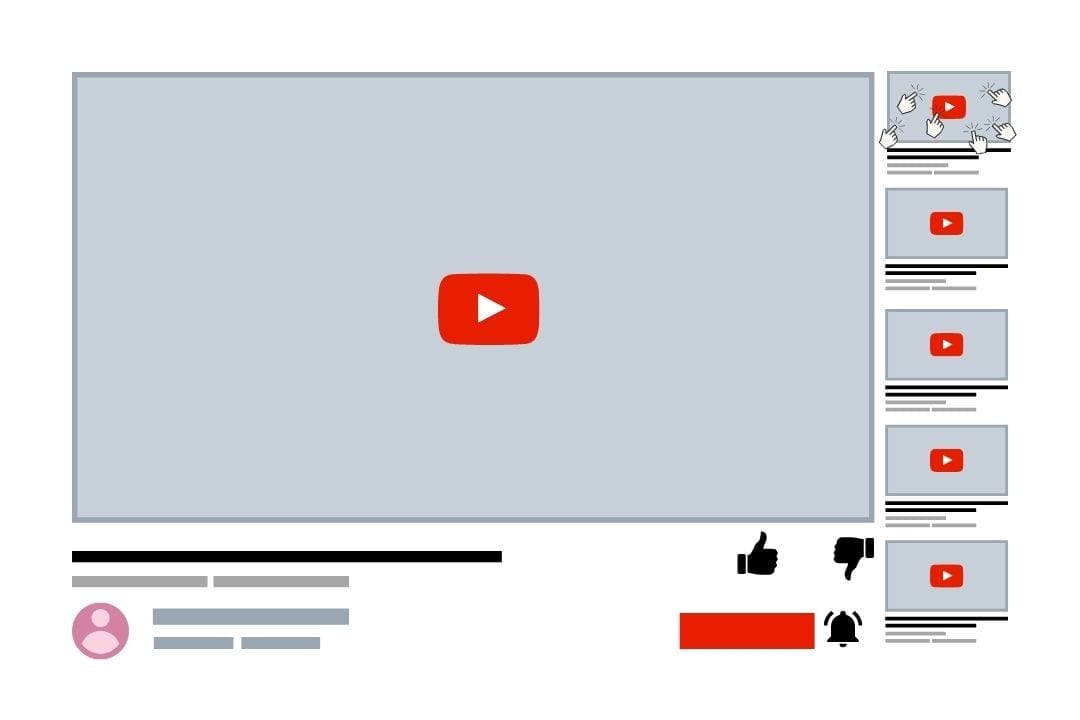 That would improve your viewing session and make YouTube promote across the platform. And that would grow your YouTube channel

So, why do they abandon your video?

It may come to a point where your viewers end up expecting something different than what they see inside your video.

It could be due to a misleading title or thumbnail. And when I say misleading, it doesn’t necessarily have to be clickbait.

You might unintentionally end up creating a title/thumbnail which sets them up expecting something which isn’t inside your video.

It might be the case that they’re getting what you’ve got inside your video.

But, it’s moving too slow or maybe you’re not delivering as much value as they hoped to get out of your video. 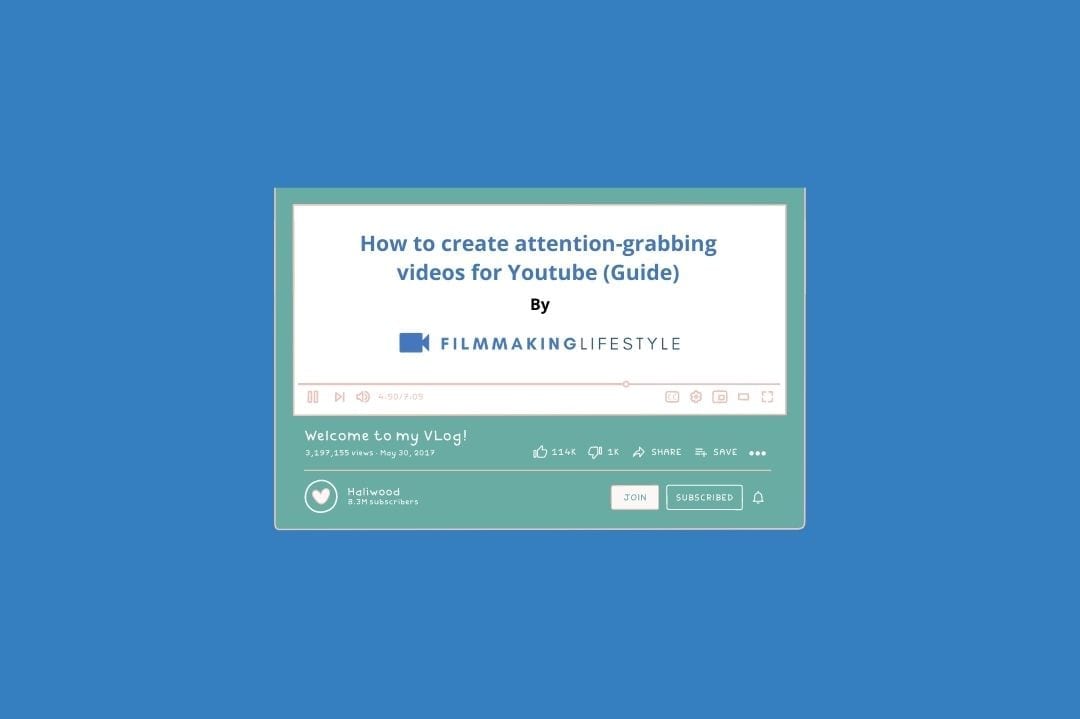 How to Hook a Viewer

Here are the 3 action steps that you can do right now.

#1: Optimize the Video Titles and Thumbnails

You’d have heard this a thousand times already.

But the problem is most creators (including myself) think that their titles and thumbnail are already awesome.

Now you’d say, “My thumbnails are already awesome, that shouldn’t be a problem for me”. Trust me, I did the same once.

Well, if you don’t see your channel growing. Or perhaps, you’re seeing a high abandonment rate at the very beginning of your videos.

In that case, assuming your content is already awesome. You’d want to consider creating better titles and thumbnails.

You can read this guide on videography tips for beginners in case you’re new to this.

It wouldn’t matter how amazing your video is if your title and thumbnail don’t attract someone to click in the first place. 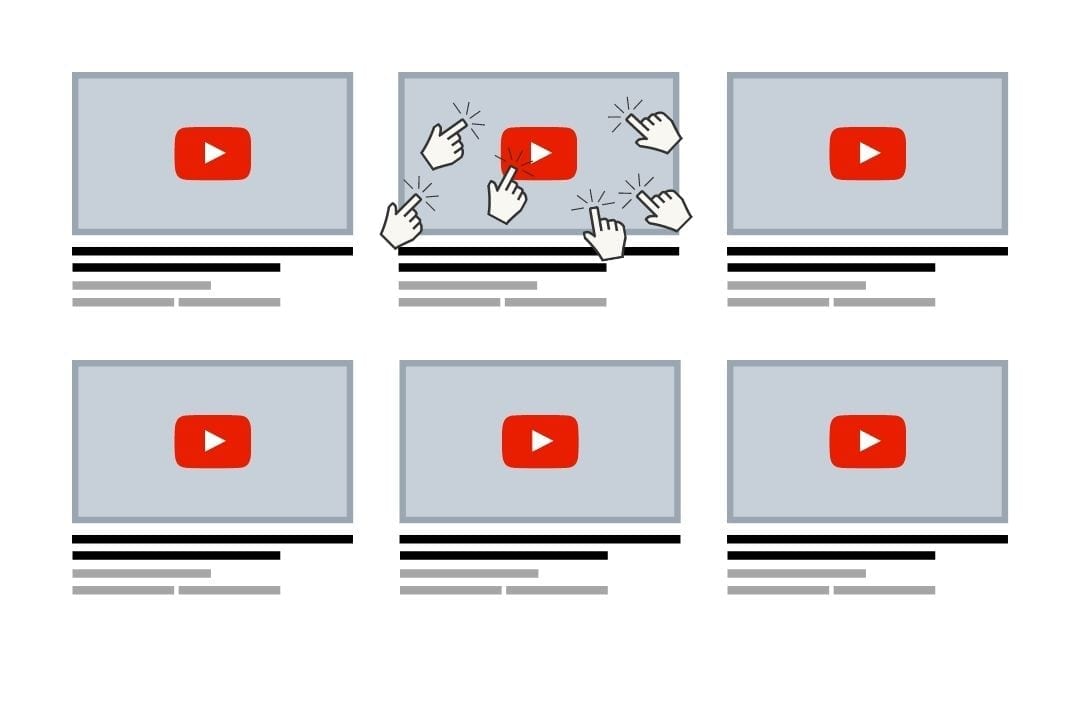 But that’s just the tip of an iceberg.

Your video title as well as thumbnail has to properly set your viewer’s expectation about what’s inside your video.

That’s why I’d suggest you spend as much time creating your thumbnail as you did to create your videos.

#2: Connect the viewers with the title/thumbnails within the first 15 seconds

Now once you’ve got the perfect enticing title and thumbnails. That leads us to the video’s first 15 seconds.

The first 15 seconds of your video must closely relate to the title and thumbnail the viewer just clicked on.

How about an example?

The title of the video is quite unbelievable but the thumbnail suggested otherwise. So what do you do? You click on it.

Once you open the video, you see the whole summary of what the video is about right at the very beginning. And you get to see some of the bonus important clips that just made you believe on what’s to come.

Here is another example:

They focused on connecting the viewers with the expectations they’ve set through their title and thumbnail. So much so that they weren’t even bothered to display their brand logo at the very beginning.

Even though, both the videos belong to entirely different genres. There is something common between them. They start off by explaining what the video is all about.

The actual video content, even the brand intro comes right after the viewer is hooked right at the beginning.

Now once you’ve got the point through. I’d recommend you start your video with what’s going to come inside. Especially when you’re doing vlogs.

I often find the title/thumbnail related to the video. But you have to watch at least 50% of the video to actually see what you’re looking for. Sounds familiar?

The problem with that is the viewers aren’t going to hang around for that long to find out that particular thing.

So, the starting of your video must tell them the story or at least the summary of what they came for.

Another great idea to hook them by telling them the exact time they’ll find it. This is effective especially when your video is random like outdoor vlogs.

Once you start creating videos that grab your viewer’s attention. You’ve got to pay close attention to the audience retention graph. You’ll find this in your YouTube analytics.

You can even start by studying your existing videos.

Why is it important?

Finding out the reasons why the viewers are leaving

You’ll see the graph goes down where the viewers are paying less attention to your video. It is also when you’re either scrolling through or just clicking away from it.

Now you’re looking for the duration of your video where the graph is going down. It could be anything within your video that can cause the audience retention to go down. You’ll have to look for it

One of the tech channels found that their retention goes down whenever they speak for 30 seconds or more. They later introduced jump-cuts and graphical pattern interrupts when they speak for long.

Surprise-surprise! The retention graph of those videos went up.

You are looking for things inside your video that make your viewers lose interest in watching it. You’ll identify these when the graph is going down. Once you have them, you have to fix them in upcoming videos.

Finding what grabs your viewers attention

This is where you’re looking for the part where the graph goes up. Now just to be aware, it might be something that the viewers actually wanted to see when they clicked on your video.

If it’s not, then you watch that duration of your video to discover what is it your viewers are paying attention to. It could be any silly thing you do or something you didn’t think your viewers might notice.

Once you have it, try putting it on your upcoming videos.

There you have it. A guide on creating attention-grabbing videos for your YouTube channel.

Hope you took something from this guide.

Now I want to turn it over to you, which technique from this guide are you going to use first?

Either way, let me know in the comments section below. 🙂

Making a GoPro Movie: Make Something Great With Your GoPro

What Is OTT (Over the Top)? OTT Definition, Examples & Tutorials