How to Make a Comedy Short Film

In 2018 we set out to make a five-minute comedy short, but I’ll admit it: being funny is hard.  Trying to write a witty article is also hard. But bare with me, we’ll get there.

The Many Faces of Beth Jones is a film set almost entirely in an agent’s office where we see Beth offered multiple disappointing acting roles. I set out to make the film short, snappy and easy to make. This is how we did it.

A blank page can be daunting as you try to come up with the perfect starting location for your screenplay, this is why pre-planning your script is important. Whether you mark up story-beats as bullet points or Post-It notes it helps to have a breakdown ready before your choice of screenwriting software is opened.

The film ideas that are pitched to eponymous Beth Jones in the film were actually all invented many months before I thought of the main plot of the script, stemming from a conversation I had with a friend about ridiculous film ideas. These became the backbone of the script and the character’s and premise came later.

When writing it’s a good to have an idea of where you’re heading with the story, otherwise you might write yourself into a corner. I knew I wanted to have the agent’s identity hidden throughout the film until spoilers (is it self entitled to spoiler mark your own work?) it is revealed to be another character Beth Jones is playing.

I liked the idea of having a second twist as I thought some audience members might notice the actress is playing against herself.

In the final scene it is revealed Beth Jones is watching the film with her own disapproving agent.

This scene has typical British nihilistic humour as Samantha, the real agent, reminds her the pointlessness of the short she made. 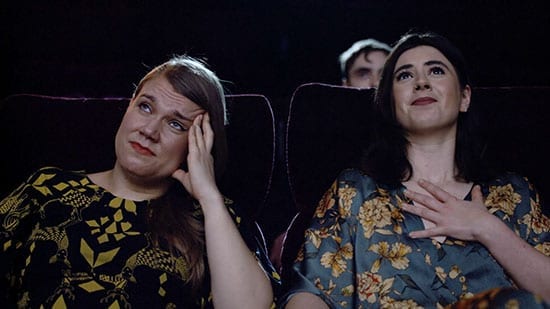 Pre-production is the fun stage where you get to have a producer pull apart what you’ve written and say the words you’re dreading: we can’t afford this. I had worked with my producer, Joe Supple-Turnham, on another film so we had a lot of people in common that we knew we could bring onto the shoot.

We started by looking for locations (we needed a private office space and a cinema screening room) which can be really costly. It’s surprising what you can get from people simply by using the phrase “we’ll owe you one”.

If you’re looking for a location try and think if you know anyone with access to that kind of space after hours and offer them a credit/chocolate/help on their projects to barter them down. Unless you’re rich, then you’ve got it easy.

Next came the all-important shot list. I didn’t bother to storyboard (I thought my stick figure renditions might confuse people) but instead wrote detailed descriptions of how I imagined each shot to be, in chronological order from the first scene all the way to the final shot.

Once Anthony Martinez, our DOP, joined the team we talked the shot list through extensively with him suggesting ideas and how we could do this. 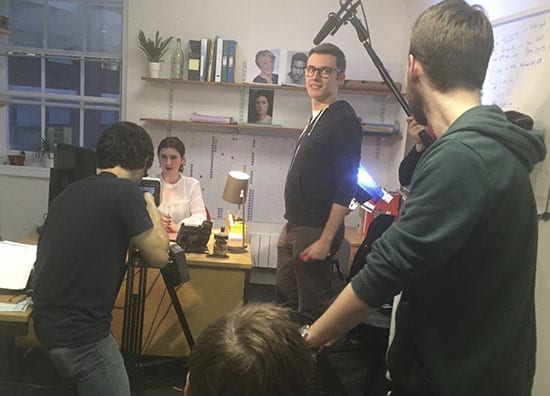 Early one March morning, bleary eyed (does anyone actually get sleep the night before a shoot?) we began the shoot at a central London cinema. Luckily I knew someone working there who managed to get us in before the first showing of the day.

It’s important to keep to time constraints that shooting on location will inevitably have so having a good Assistant Director on set is a must. You never know if there’s going to be technical issues or delays on the day so make sure you schedule the shots in priority order.

Start with those that are important and tell the plot of the film first, followed by the fancy arty stuff later if you have time.

If you have more than one location it’s important to have them close together. The cinema and office, where we shot in the afternoon, were a short cab ride apart, which meant we could film everything in one day.

Fewer days shooting more often than not means less money spent so a good start for independent filmmakers is a one or two day shoot.

The shoot may well be the first time you get to see the actor playing the role in full, a lot of the time due to scheduling conflicts it’s impossible to have full rehearsals beforehand.

This was the case with Lucy Hilton-Jones, who played Beth, so as the crew set up shots, I’d ask her to run through lines and see what she brought to the table.

Being open to suggestions from the actors when making a film brings new ideas because of the different perspective they have.

“What if I bark after pitching Beth The Doggy Trap?” Lucy asked.

“Yes. You have to.” The crew agreed in unison.

Having more experience as an editor than other aspects of filmmaking I decided to edit the film myself, which I think has pros and cons to it. The pros being I knew the material well and how I wanted it to look in the end, the cons being I was there on set and knew how hard particular shots might have been and feel like it should remain even if it doesn’t help the edit.

The first edit of the film came to around seven minutes, the script itself was just five pages so we’d agreed earlier on a five minute length. This meant it was more easily programmable by festivals and quicker for audiences to consume online.

The increase in length was due to me getting Lucy to ad-lib replies to the agent when pitching the film ideas, some remained in the film “more like Avocadon’t” but some were lost on the cutting room floor. Such as one of my favourites “Trump, he’s so hot right now!”

When editing don’t be afraid to cut away the things you personally like if it’s going to make the end product better. 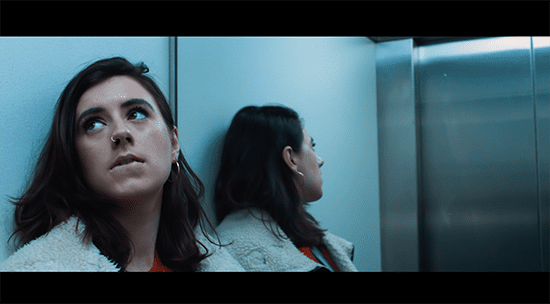 Just when you think it may never happen, the seemingly unrelated shots in front of you become a film. In the case of The Many Faces of Beth Jones it was a quick turn around, pre-production started January 2018, the shoot was in March and the edit was locked early June.

We’ve had a few screenings, including Raindance Film Festival, and were shortlisted with the first Performance Short Film Award. When choosing which festivals to submit to research which ones have played similar films to yours, otherwise this can eat up a lot of a film’s budget.

Check out more of my work on social media, either in written format on Twitter or Instagram if you prefer a carefully curated selection of images that make my life look more interesting than it actually is!

How To Make A Storyboard Online: Techniques & Tips

How To Schedule A Montage: The Complete Guide