You have an idea for a project and you’re looking to get funding.

It’s difficult, but not impossible!

In this guide, we’re going to walk you through what steps are necessary in order to secure your funds.

What Is Film Funding?

Film funding is an investment or a loan given to filmmakers.

Film funding is often used as a way of financing the production costs for films, and it may be obtained from various sources such as private investors, producers, government grants, or funds set up by film agencies.

The need for film funding is particularly pressing in developing countries where there are few opportunities to get commercial backing without international distribution deals.

How Do You Find Investors For Movies?

There are many different ways to find investors for movies, but the most common is through crowdfunding.

Crowdfunding takes place when a company or individual seeks capital from a large number of people who can invest small amounts of money.

There are many sites that offer this service including IndieGoGo and Kickstarter.

If you’re looking for investors to fund your movie, you might be wondering how to find them.

The best way is by finding a partner who has connections in the industry and can help connect with potential backers.

The economics of the movie industry is so challenging, that filmmakers have had to get creative with ways to fund their projects.

Some go through production companies or studios, but many independent filmmakers find themselves in a situation where they need to find private investors for movies.

For any filmmaker, securing funding for a movie is the most important part of the filmmaking process. The film industry is constantly changing so it can be difficult to stay up-to-date on what’s happening in this space. So how do you find investors for movies?

The good news is that there are many resources available to help filmmakers identify potential sources of financing and get their projects off the ground. 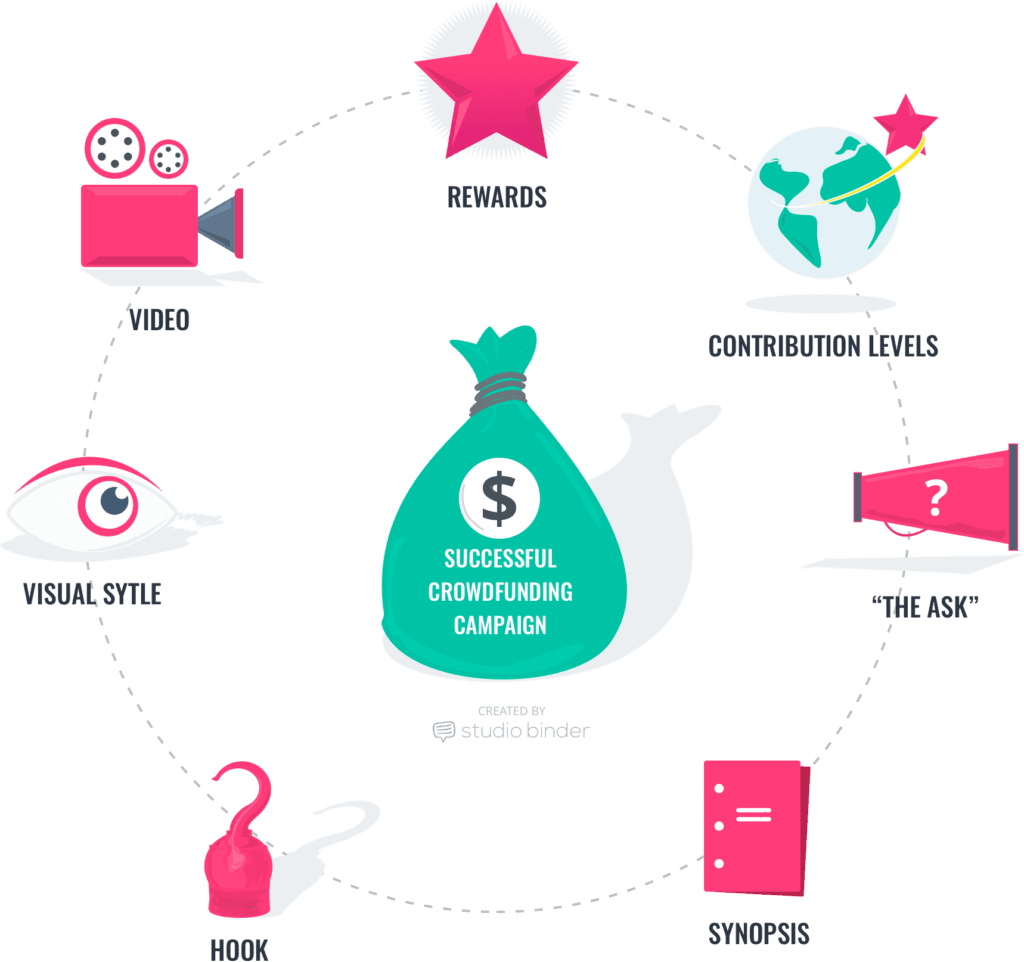 The Sundance Institute Documentary Fund was founded in 1972 by Robert Redford and George Hickenlooper.

The fund supports documentary filmmakers across the country, giving them a chance to make their films into reality.

The fund is the only program that gives money directly to documentary filmmakers, allowing them to make their work without having to worry about raising funds for production through other avenues.

The fund invests in talented storytellers and their projects, as well as providing resources that help them distribute their work for a global audience.

This year, the fund will award $500,000 in grants and up to two additional grantees may be selected for a total of $1 million in funding.

Awardees receive funds that can go towards production costs including filming, editing, and post-production expenses as well as travel-related costs during production.

Filmmakers have until January 7th to submit their applications via FilmFreeway or Withoutabox.

For more information on eligibility requirements or how to apply visit the Sundance website.

The Sundance Institute Kendeda Short Film Fund is the largest of its kind in the world and has been investing in short films for over 40 years.

The fund was created by Robert Redford to provide financial support for emerging filmmakers from traditionally underrepresented communities and backgrounds.

In 2009, the Sundance Institute launched their Kendeda Short Film Fund with a $5 million grant. The purpose of this fund is to provide grants and support for filmmakers who want to create short films that aim to inspire social change.

The Sundance Institute Kendeda Short Film Fund is a grant program that distributes funding to filmmakers worldwide for short films.

The Sundance Institute Kendeda Short Film Fund is a grant program designed to support emerging filmmakers from historically underrepresented communities in the production of short films.

The fund was established by an endowment from Jennifer and Peter Kenda, with the goal of promoting diversity on screen and behind the camera.

Catapult Film Fund is a nonprofit organization that provides grants and other resources to filmmakers with diverse backgrounds.

Catapult’s goal is to increase the representation of underrepresented communities in film, television, and digital media.

Catapult Film Fund is a company that helps filmmakers with funding and distribution.

They have helped over 100 films to date, including the award-winning film “The Rider” and “Blindspotting”, which was nominated for an Academy Award for best screenplay.

Catapult Film Fund is a non-profit organization that provides fiscal sponsorship to filmmakers, directors, and producers who are looking for an alternative way of raising money outside the traditional studio system.

The Film Fund is a new initiative created by the State of New York to assist in the production, marketing, and distribution of films.

The fund will be administered by the Empire State Development Corporation (ESDC) and will provide financial assistance for film productions that are located or filmed in New York.

This program was created with the intention to encourage economic growth within the state as well as create jobs.

In the United States, films are one of the most heavily funded art forms. The film industry is a $100 billion-dollar powerhouse and there’s no sign of slowing down anytime soon.

How Do You Apply For A Film Grant?

Film grants can be a great way for filmmakers to get their projects started. If you want to find out how to apply for one, here are some helpful tips and things you should know before you go into the filmmaking process.

Film grants can be a great way for filmmakers to get the funding they need without having to give up any of their creative control.

For example, it may be hard for a filmmaker to get loans or find investors because banks and investors don’t know anything about what you are trying to do with your film.

They might not understand in what genre it is going to fall or if there’s even an audience for that movie.

A grant writer will help you find funds from foundations or government agencies so you can focus on making your film!

Public Funds Are Looking For Your Business

If you’re a small business owner, there’s an opportunity out there to get funding from the government.

The Small Business Administration offers loans and grants to help you grow your company, while the Economic Development Administration helps communities improve their economic conditions by investing in infrastructure projects that will create jobs.

The government is looking for your business. They will invest in you and help you grow if they feel like they can get a good return on their investment.

The Small Business Administration, which has been around since 1953, offers a range of programs to support small businesses including loans, grants, and insurance.

How Do I Receive The Funding?

So you’re a small business owner and you’ve been dreaming of buying that shiny new office space but your bank account is running low.

You can’t seem to get any traction on the concept of loans, either. Why not explore other funding options?

There are many ways to receive funding for your business. One way is by applying and being approved for a loan through a bank or other lending institution.

Another way, if you have enough collateral, is to get a line of credit from the bank.

Yet another option would be crowdfunding which allows people with ideas and projects that need money to raise it from the general public in exchange for rewards and/or equity stakes in their businesses.

The funding process can be a complicated and confusing ordeal. There are many different types of organizations that provide grants, but it’s not always easy to figure out what type of grant is right for you.

Some require an application, while others do not; some have deadlines and time limits while others are open-ended.

How Do You Find Investors For Movies?

The movie industry is a tough one to break into. The barriers to entry are high and it’s hard to get people interested in your project.

But with persistence, you can find investors for movies if you know where and how to look!

There are a few ways to find investors for your movie. One of the easiest is to use an investor database such as AngelList or Crunchbase, which allows you to search by industry and location.

You can also look on LinkedIn at people who have tagged themselves with “investor” in their profile, though that might not be the best way since it’s hard to know if they’re still active investors or not.

Some well-known celebrities invest in films; Bill Gates has invested in a lot of movies including The Social Network and Avatar.

It can be tough for indie filmmakers to find investors for their movies. Luckily, there are a few key things they can do that will help them find the money they need.

Do I Keep The Rights To My Short Film If I Win?

What rights do you retain if your short film is selected to screen at a festival?

What happens to the rights of your short film if you win?

In most cases, winning a contest will not change what you originally agreed to with the contest organizer.

For example, if you are working on an entry for a competition and it says in the rules that all entries become the property of the Sponsor upon submission, then even though you may have won first place, those terms remain true.

f there is no mention of any changes in ownership or copyright law after winning a contest (which is unlikely) then those rights stay with the original creator.

Every year, hundreds of people enter short film contests in hopes of winning an award and the exposure that comes with it.

All too often, recipients are disappointed to find out that they don’t actually receive any rights to their work when they win a contest.

Do I Need To Give Credit To The Film Fund?

This is an interesting question because it really depends on how much information you want your audience to know about what’s going on behind the scenes with films.

When a movie comes out in theaters and people are watching it for the first time, they may not be aware that there was any investment at all needed for production costs.

The Film Fund is a non-profit organization that helps filmmakers, such as myself, get their movies funded. They provide the necessary funds for the production and post-production of a film or video work.

I have been considering applying to this organization because they seem like a great resource for those who are struggling with funding issues but are trying to make films in the industry.

How Can I Get My Short Film Funded?

There are plenty of ways to get your short film funded.

There’s also grant funding available from organizations like The National Endowment for the Arts (NEA) which awards grants up to $25,000.

The NEA has been around since 1965 and has awarded more than 100,000 grants totaling over $3 billion dollars! For a full list of places where you can find potential sources of funding please visit our blog post on Getting Your Short Film Funded.

These are crowdfunding sites where people can donate and support their favorite projects.

The second step in the process of getting funded is coming up with a plan on how you can get it done.

For example, if it’s an environmental documentary about endangered species then someone from an environment-related organization may be able to help out.

What Is Comedy? Definition, Examples And How To Write It

Use Streak To Keep Track of Your Leads, With Examples & Tutorials

How To Get A Movie On Netflix: Complete Guide