It’s great to be inspired by other people who are doing what we’re doing. Or doing what we want to do. Maybe you’re already making films, or perhaps it’s a dream you’ve been holding for a while. That’s where filmmaker quotes come in!

I pay special attention to what filmmakers say. Not only can I relate to them because they’re doing what I’m doing (just on a bigger scale), but they are some of the smartest and most world-weary people out there.

Why Are Filmmaker Quotes Important?

Filmmaker quotes are a great way to learn from the masters of filmmaking.

These people have been in the business for decades and they know what it takes to make a successful film.

They also share their wisdom on how to deal with life, which is something that everyone can use help with every now and again.

Ever since I first decided I wanted to make films for a living, I have followed the words of people like Werner Herzog, David Lynch, and Wim Wenders very closely.

If you want to get somewhere, it’s wise to pay attention to what those who are doing what you want to do say.

Here are 27 filmmaker quotes about following your filmmaking dreams. There is a range of different kind of filmmakers in this list and a lot of interesting thoughts: 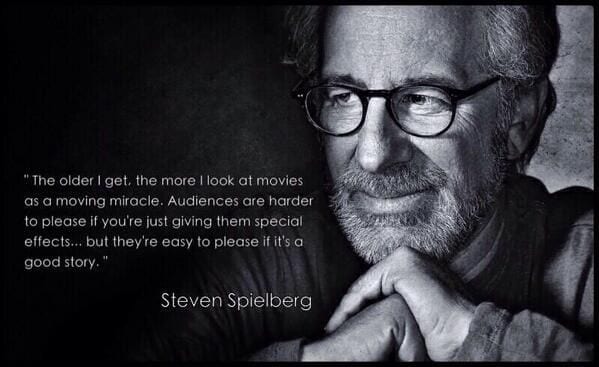 “The older get, the more I look at movies as a moving miracle. Audiences are harder to please if you’re just giving them special effects…but they’re easy to please if it’s a good story.” – Steven Spielberg 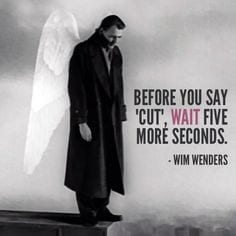 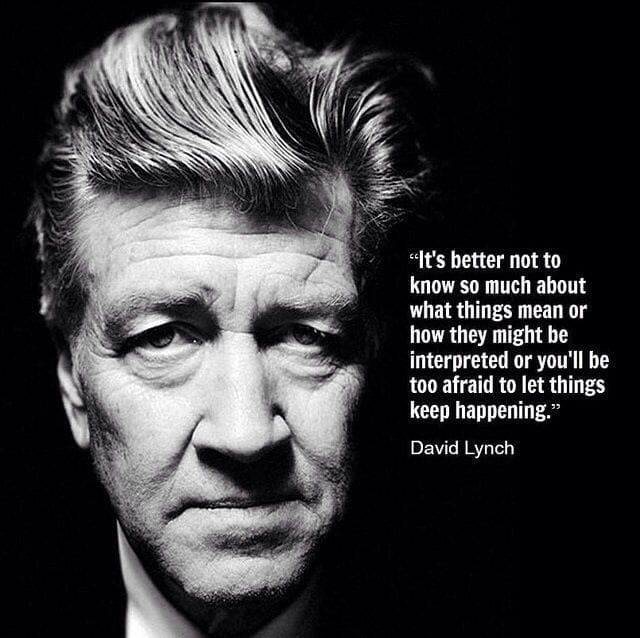 “It’s better not to know so much about what things mean or how they might be interpreted or you’ll be too afraid to let things keep happening.” – David Lynch 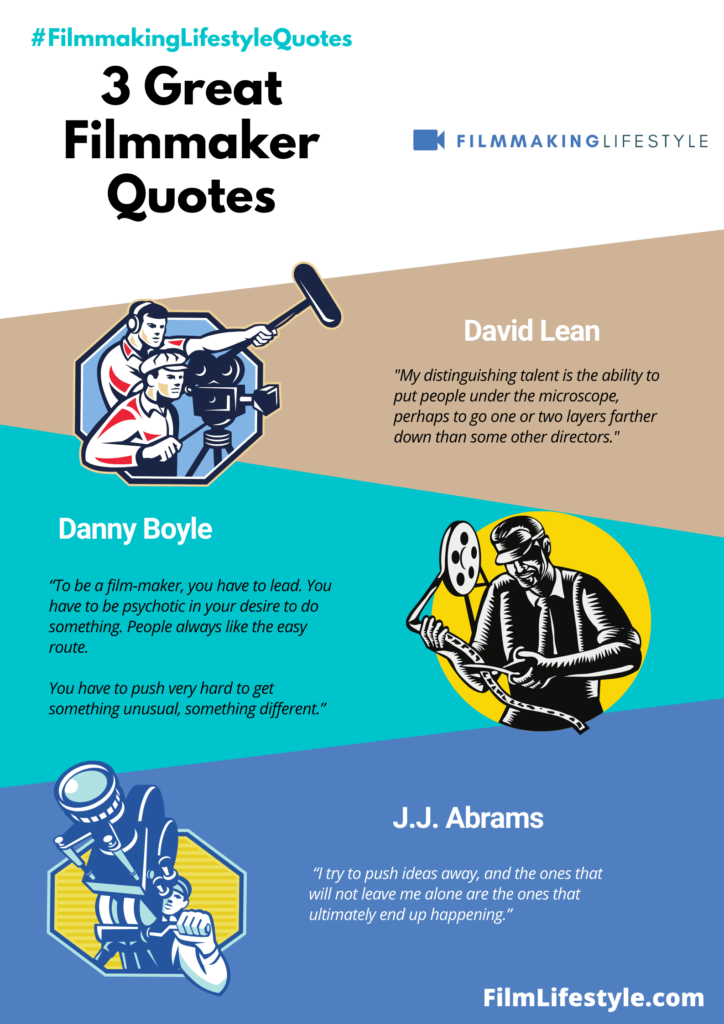 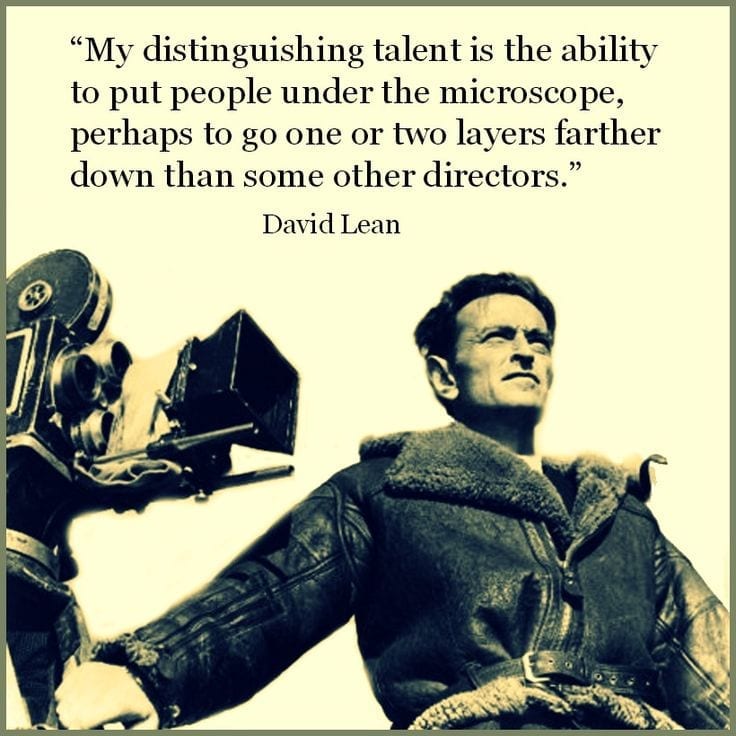 “My distinguishing talent is the ability to put people under the microscope, perhaps to go one or two layers farther down than some other directors.” – David Lean 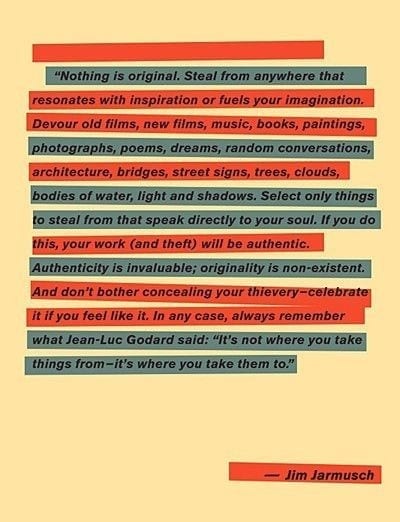 “Nothing is original. Steal from anywhere that resonates with inspiration or fuels your imagination. Devour old films, new films, music, books, paintings, photographs, poems, dreams, random conversations, architecture, bridges, street signs, trees, clouds, bodies of water, light and shadows. Select only things to steal from that speak directly to your soul. If you do this, your work (and theft) will be authentic. Authenticity is invaluable; originality is non-existent. And don’t bother concealing your thievery – celebrate it if you feel like it. In any case, always remember what Jean-Luc Godard said: “It’s not where you take things from – it’s where you take them to.” – Jim Jarmusch

“To be a film-maker, you have to lead. You have to be psychotic in your desire to do something. People always like the easy route. You have to push very hard to get something unusual, something different.” – Danny Boyle 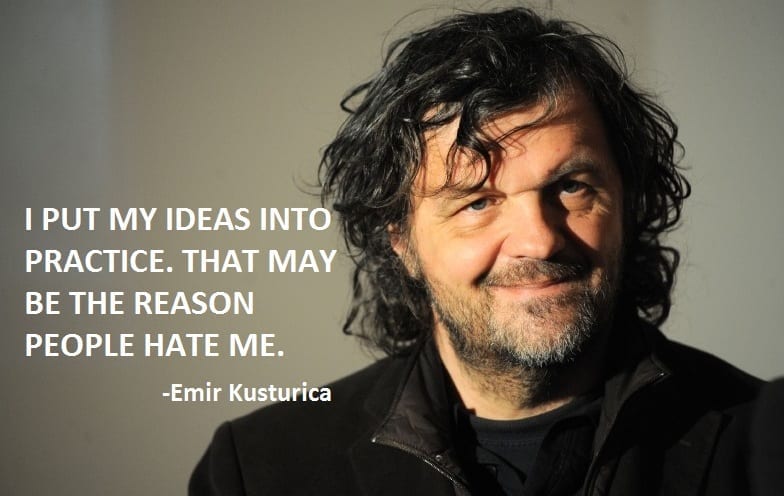 “I put my ideas into practice. That may be the reason people hate me.” – Emir Kusturica 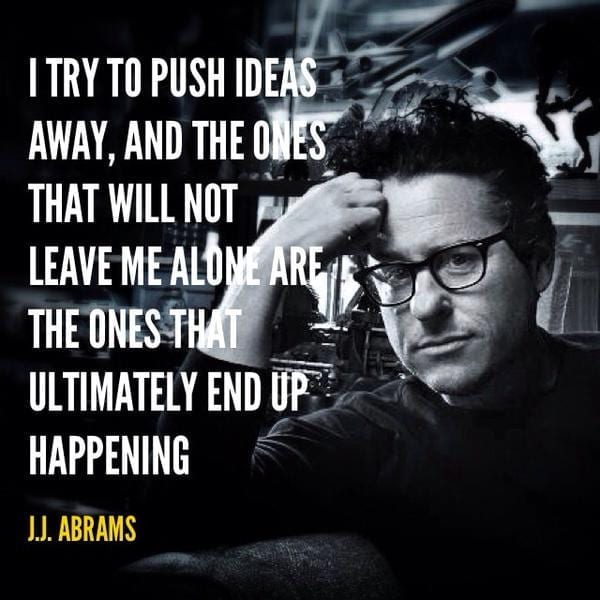 “I try to push ideas away, and the ones that will not leave me alone are the ones that ultimately end up happening.” – J.J. Abrams

“I have been interested in dreams, really since I was a kid. I have always been fascinated by the idea that your mind, when you are asleep, can create a world in a dream and you are perceiving it as though it really existed.” – Christopher Nolan 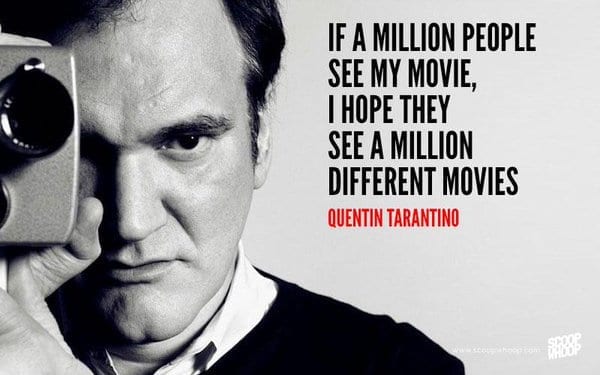 “If a million people see my movie, I hope they see a million different movies.” – Quentin Tarantino

“All You need for is movie is: a gun and a girl.” – Jean-Luc Godard 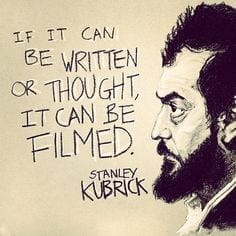 “If it can be written or thought, it can be filmed.” – Stanley Kubrick 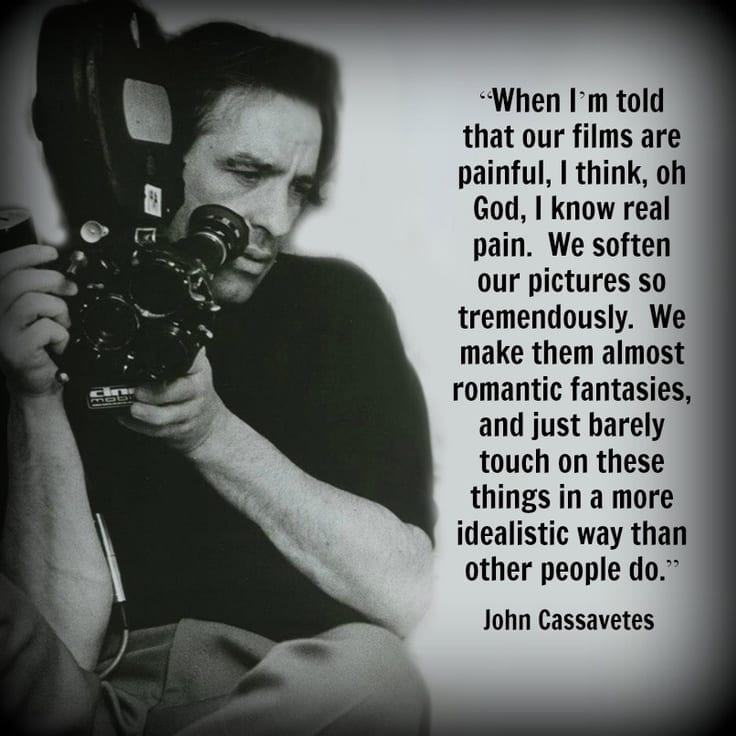 “When I’m told that our films are painful, I think, oh God, I know real pain. We soften our pictures so tremendously. We make them almost romantic fantasies, and just barely touch on these things in a more idealistic way than other people do.” – John Cassavetes 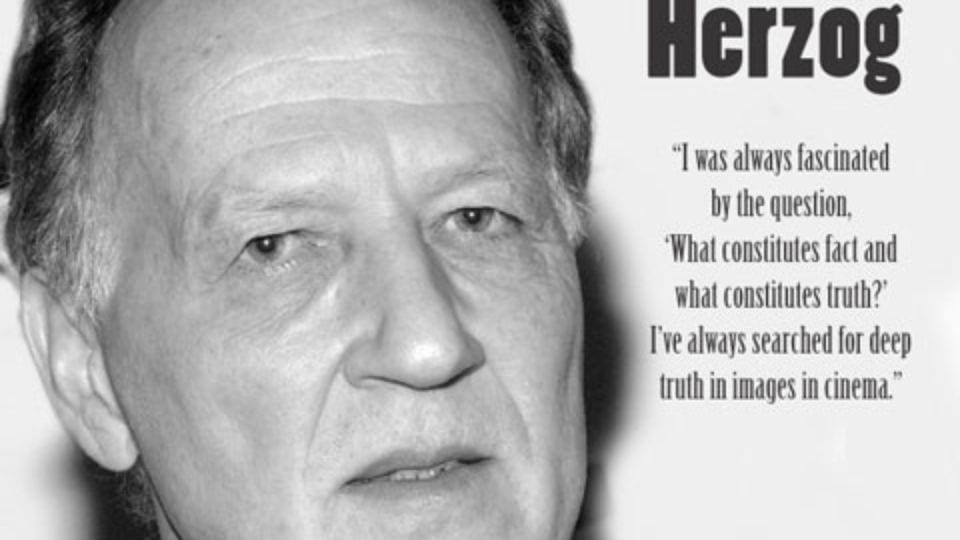 “I was always fascinated by the question, ‘What constitutes fact and what constitutes truth?’ I’ve always searched for deep truth in images in cinema.” – Werner Herzog 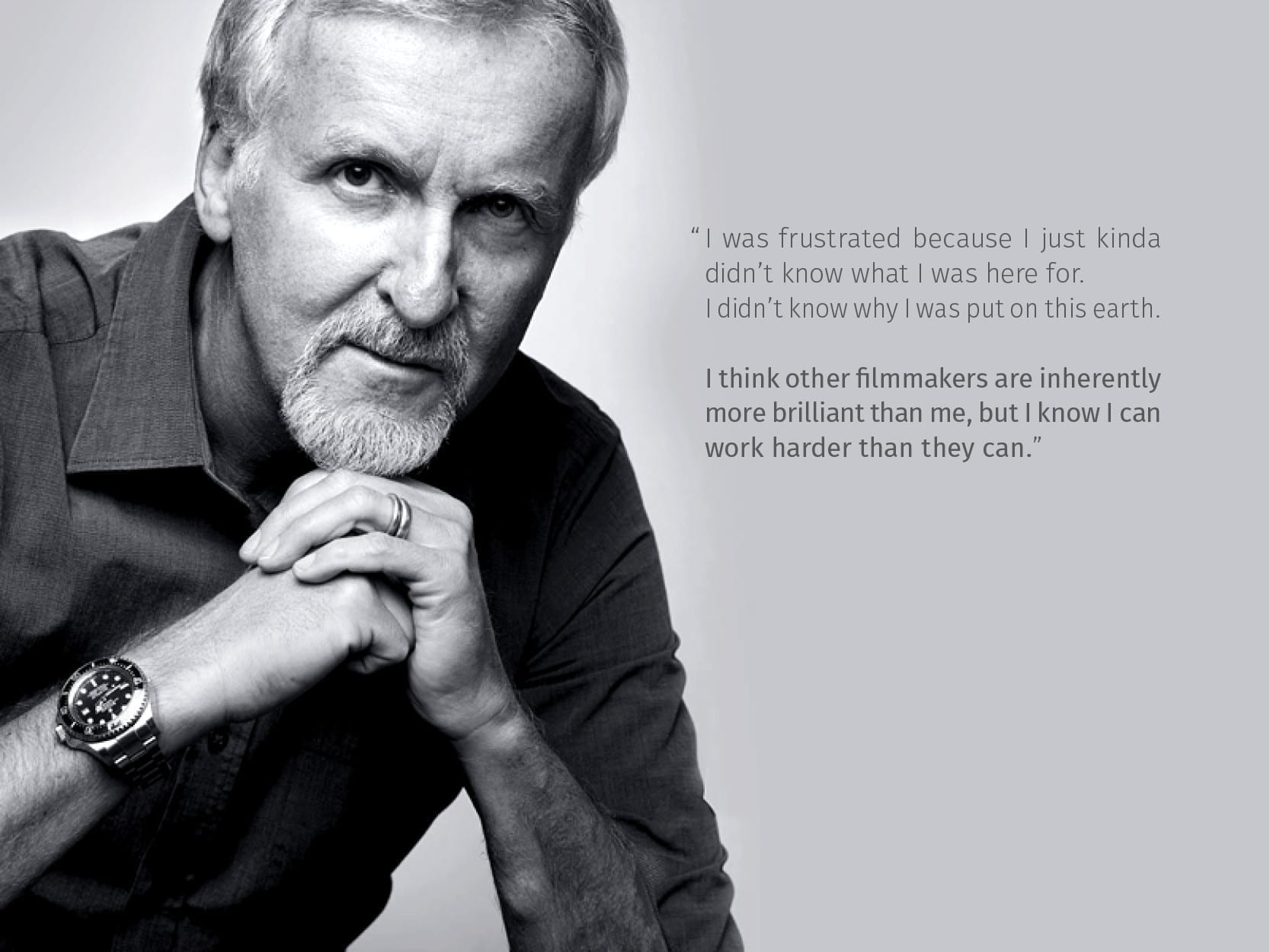 I think other filmmakers are inherently more brilliant than me, but I know I can work harder than they can.” – James Cameron

“I was always a filmmaker before I was anything else. If I was always anything, I was a storyteller, and it never really made much of a difference to me what medium I worked in.” – Nicholas Meyer 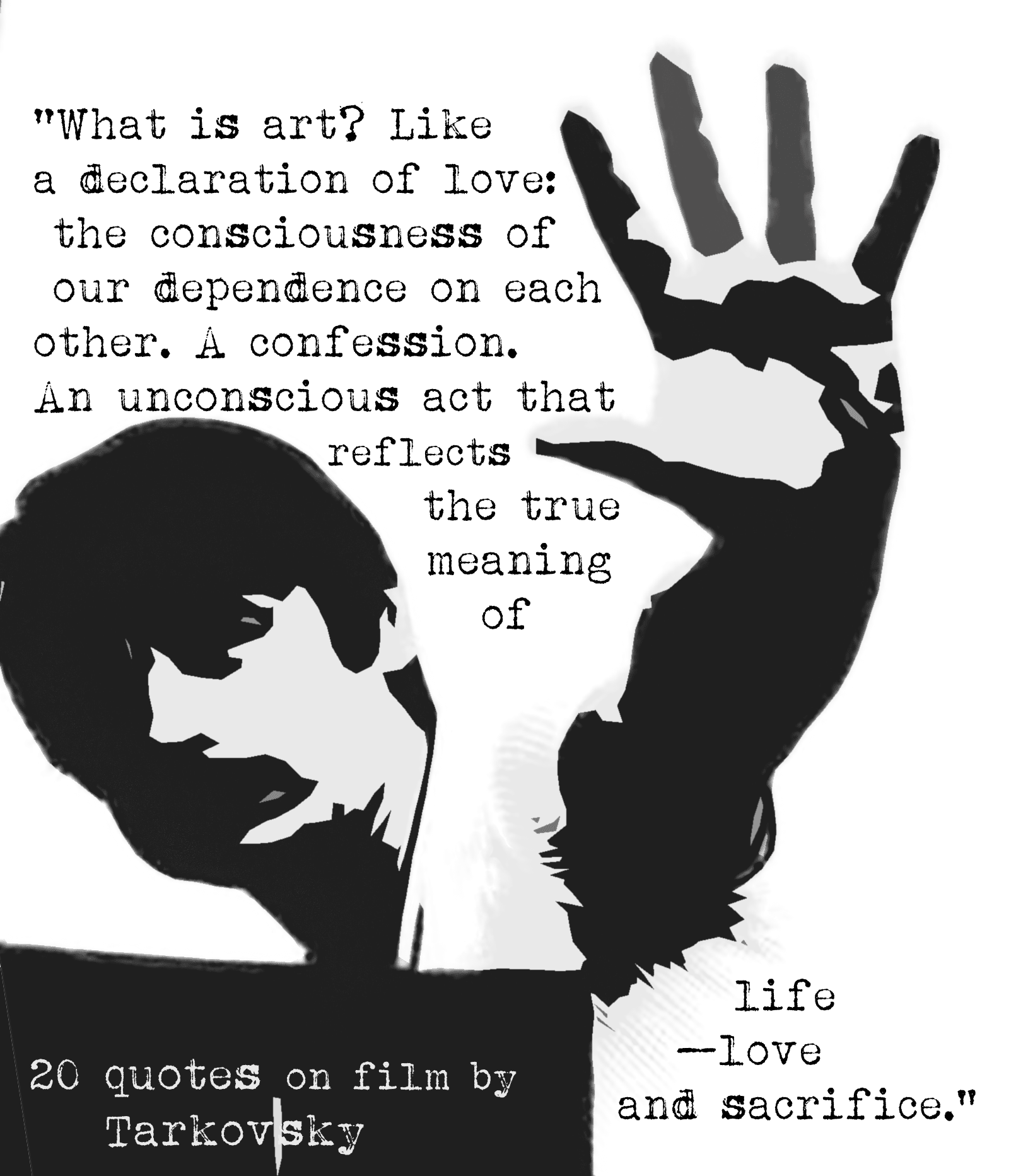 “What is art ? Like a declaration of love: the consciousness of our dependence on each other. A confession. An unconscious act that reflects the true meaning of life – love and sacrifice.” – Andrei Tarkovsky 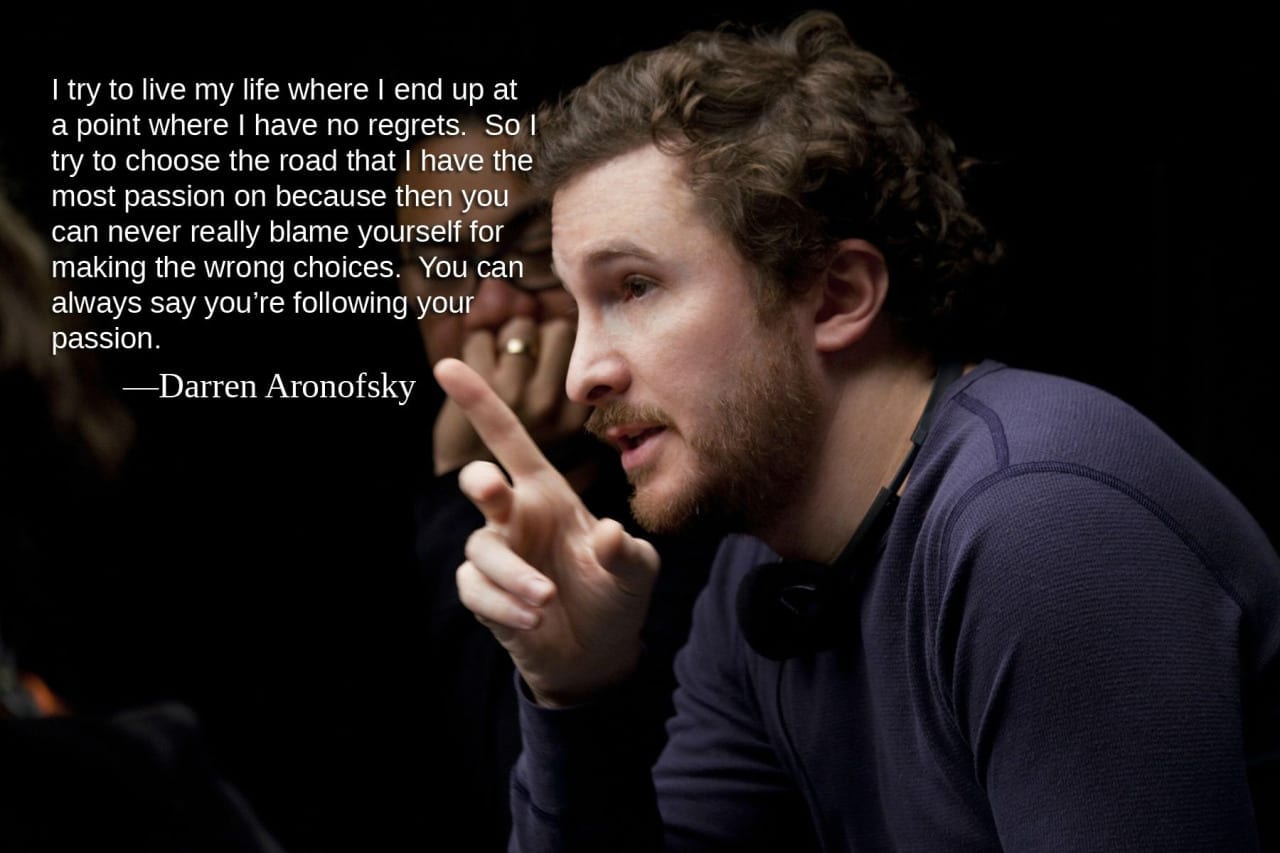 “I try to live my life where I end up at a point where I have no regrets. So I try to choose the road that I have the most passion on because then you can never really blame yourself for making the wrong choices. You can always say you’re following your passion.” – Darren Aronofsky 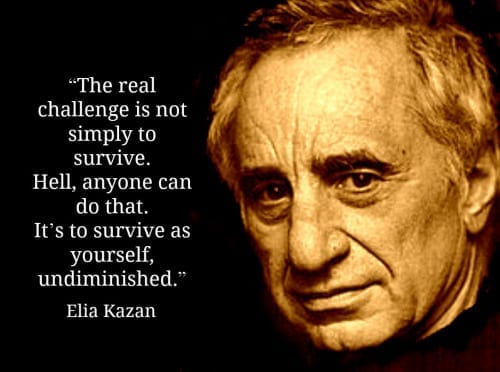 “The real challenge is not simply to survive. Hell, anyone can do that. It’s to survive as yourself undiminished.” – Elia Kazan 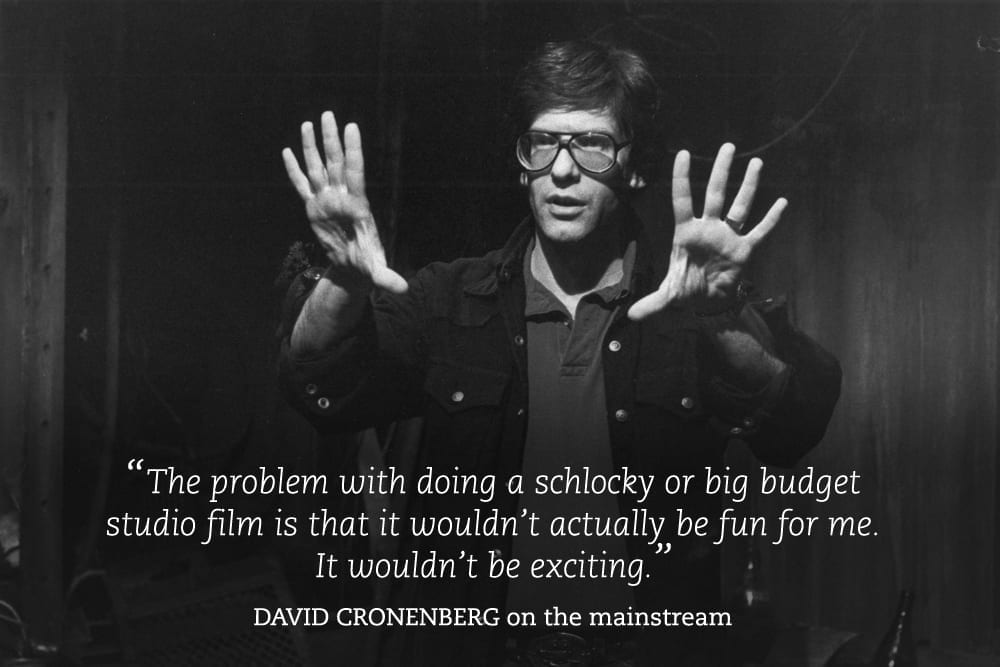 “The problem with doing a schlocky or big budget studio film is that it wouldn’t actually be fun for me. It wouldn’t be exciting.” – David Cronenberg 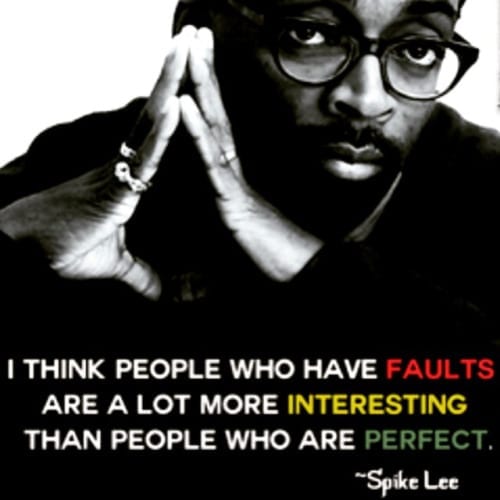 “I think people who have faults are a lot more interesting than people who are perfect.” – Spike Lee 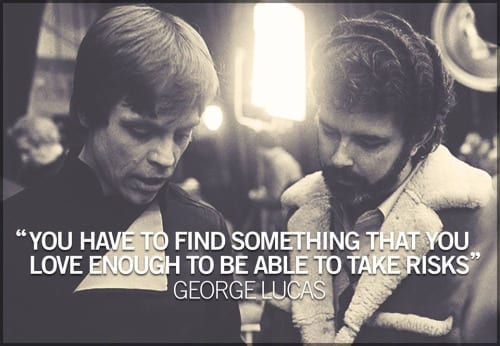 “You have to find something that you love enough to be able to take risks.” – George Lucas 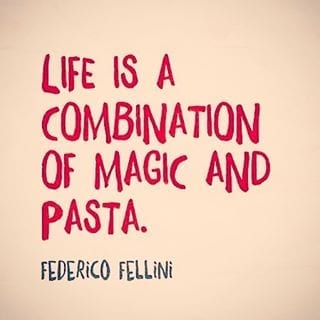 “Life is a combination of magic and pasta.” – Federico Fellini 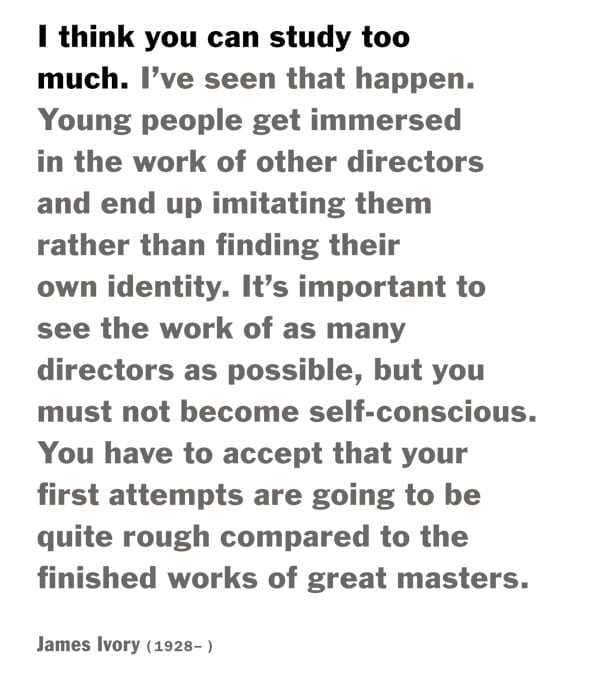 “I think you can study too much. I’ve seen that happen. Young people can immersed in the work of other directors and end up imitating them rather than finding their own identity. It’s important to see the work of as many director as possible, but you must not become self-conscious. You have to accept that your first attempts are going to be quite rough compared to the finished works of great masters.” – James Ivory 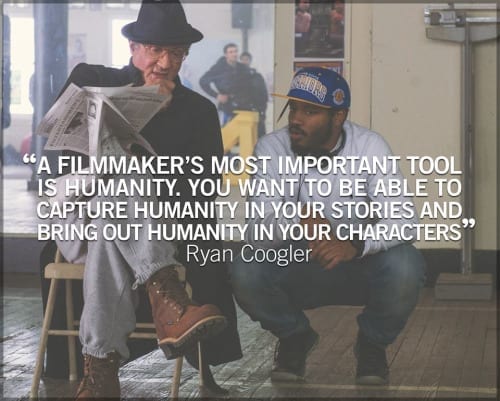 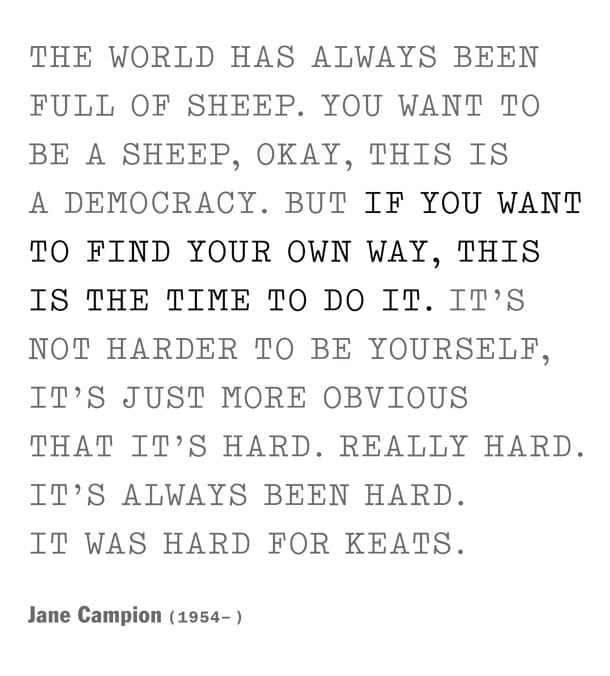 “The world has always been full of sheep. You want to be a sheep, okay, this is a democracy. But if you want to find your own way, this is the time to do it. It’s not harder to be yourself, it’s just more obvious that it’s hard. Really hard. It’s always been hard. It was hard for Keats.” – Jane Campion 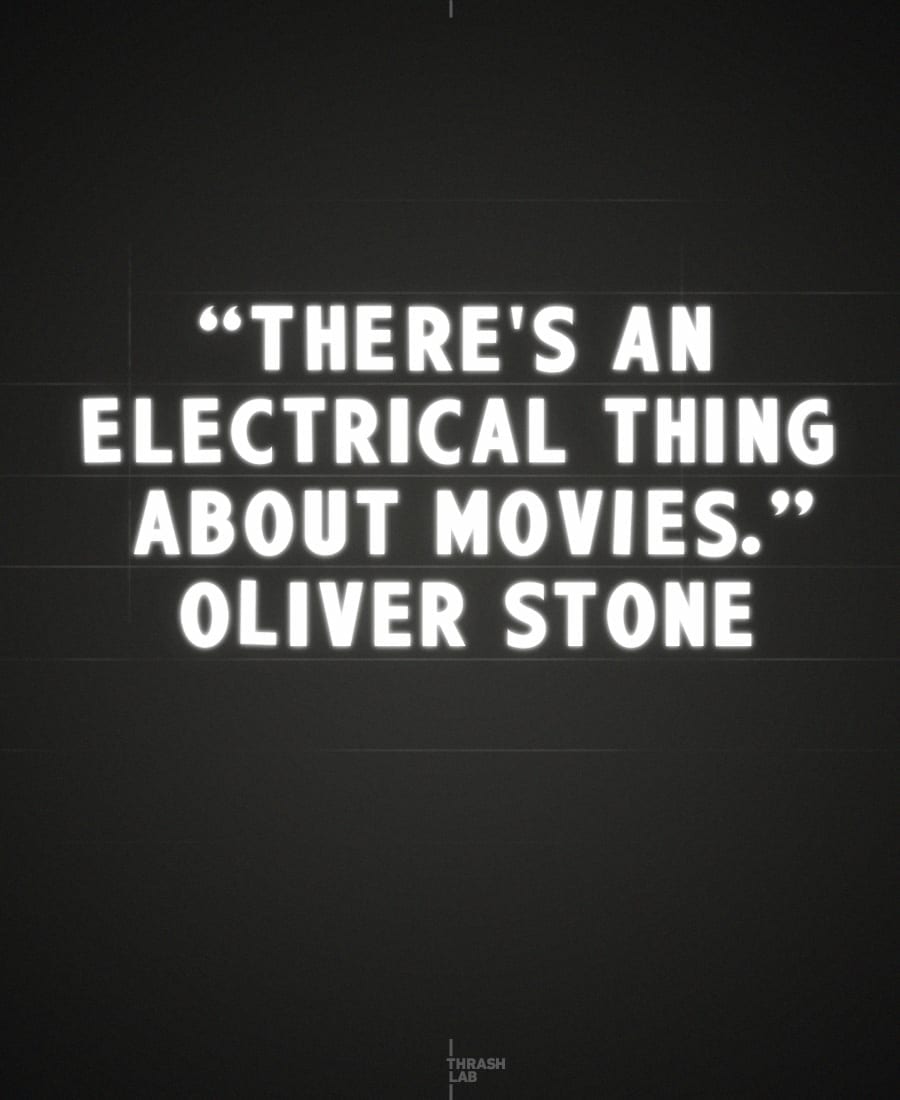 We hope you’ve found this article on filmmaker quotes fun!

Have you got any other favorite filmmaker quotes? Let us know in the comments below. And make sure you share this post far and wide using the share buttons below. Thanks!

The Ultimate Guide to Perfect Video Production Lighting in 2022

How To Write A Press Release: Complete Step By Step Guide

What Is A Sequel? Definition & Examples

Motivating Actors Through Music: How Sound Can Create a Cohesive Vision

How To Direct An Animated Movie: The Definitive Guide

What Is Claymation? Definition & Examples Of This Animation Technique