20 Directors and How They Made It Part II

Continuing from yesterday’s piece about directors and how they made it, we continue the list of interesting cases of filmmakers making their start in the business… 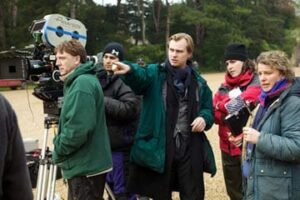 As a dual citizen of the United Kingdom and the United States, he spent his childhood in both London and Chicago.

Nolan found an interest in botany and “dicots” early on until he found his father’s camera.

He began film-making at the age of seven using his father’s Super 8 camera and his toy action figures. While living in Chicago as a child, he also made short films with future director and producer Roko Belic.

The first, Tarantella, was shown in 1989 on Image Union, an independent film and video showcase featured on PBS.

Another notable short film was called Doodlebug with Jeremy Theobald who later starred in his first feature, Following. 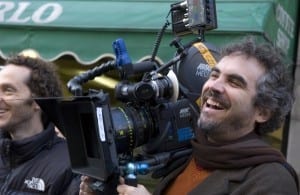 Cuarón studied Philosophy at the National Autonomous University of Mexico (UNAM) and filmmaking at CUEC (Centro Universitario de Estudios Cinematográficos), a faculty of the same University.

There, he met director Carlos Marcovich and cinematographer Emmanuel Lubezki, and they made what would be his first short film, Vengeance is mine. The controversy caused by the fact that the film was shot in English was the reason he was expelled from the film school.

Cuarón began working in television in Mexico, first as a technician and then as a director. His television work led to assignments as an assistant director for several Latin American film productions including Gaby: A True Story and Romero, and in 1991, he landed his first big-screen directorial assignment. 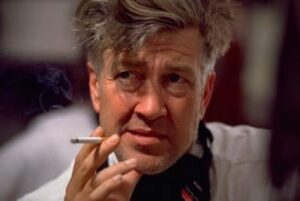 Moving around various parts of the United States as a child within his middle class family, Lynch went on to study painting in Philadelphia, where he first made the transition to producing short films.

Deciding to devote himself more fully to this medium, he moved to Los Angeles, where he produced his first motion picture, the surrealist horror Eraserhead (1977).

After Eraserhead became a cult classic on the midnight movie circuit, Lynch was employed to direct The Elephant Man (1980), from which he gained mainstream success.

Then being employed by the De Laurentiis Entertainment Group, he proceeded to make two films. First, the science-fiction epic Dune (1984), which proved to be a critical and commercial failure, and then a neo-noir crime film, Blue Velvet (1986), which was highly critically acclaimed. 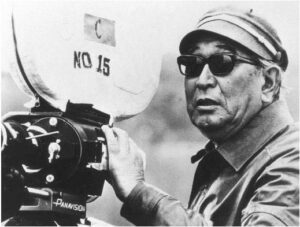 Although he had demonstrated no previous interest in film as a profession, Kurosawa submitted the required essay, which asked applicants to discuss the fundamental deficiencies of Japanese films and find ways to overcome them.

His half-mocking view was that if the deficiencies were fundamental, there was no way to correct them. Kurosawa’s essay earned him a call to take the follow-up exams, and director Kajirō Yamamoto, who was among the examiners, took a liking to Kurosawa and insisted that the studio hire him. The 25-year-old Kurosawa joined P.C.L. in February 1936.

During his five years as an assistant director, Kurosawa worked under numerous directors, but by far the most important figure in his development was Kajiro Yamamoto.

Of his 24 films as A.D., he worked on 17 under Yamamoto, many of them comedies featuring the popular actor Kenichi Enomoto, known as “Enoken.” Yamamoto nurtured Kurosawa’s talent, promoting him directly from third assistant director to chief assistant director after a year.

Kurosawa’s responsibilities increased, and he worked at tasks ranging from stage construction and film development to location scouting, script polishing, rehearsals, lighting, dubbing, editing and second-unit directing. In the last of Kurosawa’s films as an assistant director, Horse (Uma, 1941), Kurosawa took over most of the production, as Yamamoto was occupied with the shooting of another film.

One important piece of advice Yamamoto gave Kurosawa was that a good director needed to master screenwriting. Kurosawa soon realized that the potential earnings from his scripts were much higher than what he was paid as an assistant director.

Kurosawa would later write or co-write all of his own films. He also frequently wrote screenplays for other directors. This outside scriptwriting would serve Kurosawa as a lucrative sideline lasting well into the 1960s, long after he became world-famous. 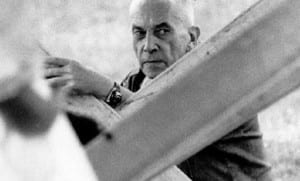 In World War II he joined the Maquis (FTP). After the war he began to write and make films. He traveled to many socialist countries and documented what he saw in films and books. Les statues meurent aussi (1953) which he codirected with Alain Resnais was one of the first anticolonial films.

Anatole Dauman produced his earliest films of Chris Marker and two more later, Sunday in Peking and Letter from Siberia.

He became known internationally for the short film La jetée (1962). It tells of a post-nuclear war experiment in time travel by using a series of filmed photographs developed as a photomontage of varying pace, with limited narration and sound effects. 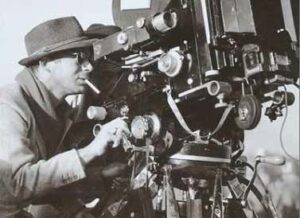 After the rise of Adolf Hitler, Wilder, a Jew, left for Paris, where he made his directorial debut with the 1934 film Mauvaise Graine. He relocated to Hollywood prior to its release. His mother, grandmother, and stepfather perished in Auschwitz concentration camp.

After arriving in Hollywood in 1933, Wilder continued his career as a screenwriter. He became a naturalized citizen of the United States in 1934.

This screwball comedy starred Greta Garbo (generally known as a tragic heroine in film melodramas), and was popularly and critically acclaimed. With the byline, “Garbo Laughs!”, it also took Garbo’s career in a new direction.

The film also marked Wilder’s first Academy Award nomination, which he shared with co-writer Charles Brackett (although their collaboration on Bluebeard’s Eighth Wife and Midnight had been well received).

For twelve years Wilder co-wrote many of his films with Brackett, from 1938 through 1950. He followed Ninotchka with a series of box office hits in 1942, including his Hold Back the Dawn and Ball of Fire, as well as his directorial feature debut, The Major and the Minor. 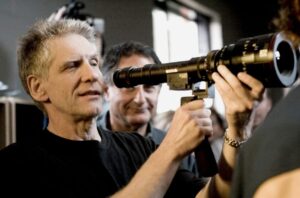 Cronenberg attended Harbord Collegiate Institute, later graduating from University College, University of Toronto with a degree in literature, having switched from science.

After two short sketch films and two short art-house features (the black and white Stereo and the colour Crimes of the Future) Cronenberg went into partnership with Ivan Reitman.

The Canadian government provided financing for his films through the 1970s. He alternated his signature “body horror” films such as Shivers with projects reflecting his interest in car racing and bike gangs. 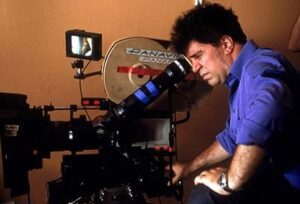 Against his parents’ wishes, Pedro Almodóvar moved to Madrid in 1967. His goal was to be a film director, but he lacked the economic means to do it and besides, Franco had just closed the National School of Cinema so he would be completely self-taught.

To support himself, Almodóvar worked a number of odd jobs, including a stint selling used items in the famous Madrid flea market El Rastro.

He eventually found full-time employment with Spain’s national phone company, Telefonica, where he worked for twelve years as an administrative assistant. Since he worked only until three in the afternoon, he had the rest of the day to pursue his own interests.

In the early seventies, Almodóvar grew interested in experimental cinema and theatre. He collaborated with the vanguard theatrical group, Los Goliardos, where he played his first professional roles and met Carmen Maura. He was also writing comics and contributing articles and stories to a number of counterculture magazines, such as Star, Víbora and Vibraciones.

Almodóvar bought his first camera, a Super-8, with his first paycheck from Telefonica when he was 22 years old, and began to make hand-held short films. Around 1974, he made his first short film, and by the end of the 1970s they were shown in Madrid’s night circuit and in Barcelona.

After four years of working with shorts in Super-8 format, in 1978 Almodóvar made his first Super-8, full-length film: Folle, folle, fólleme, Tim (1978) (Fuck Me, Fuck Me, Fuck Me, Tim), a magazine style melodrama.

In addition, he made his first 16 mm short, Salome. This was his first contact with the professional world of cinema. The film’s stars, Carmen Maura and Felix Rotaeta, encouraged him to make his first feature film in 16 mm and helped him raise the money to finance what would be Pepi, Luci, Bom y otras chicas del montón. 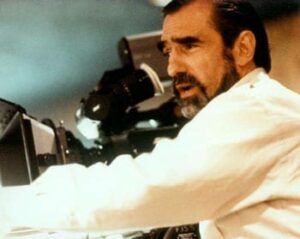 His most famous short of the period is the darkly comic The Big Shave (1967), which features Peter Bernuth. The film is an indictment of America’s involvement in Vietnam, suggested by its alternative title Viet ’67. Scorsese has mentioned on several occasions that he was greatly inspired in his early days at New York University by his Armenian-American film professor Haig P. Manoogian.

Also in 1967, Scorsese made his first feature-length film, the black and white I Call First, which was later retitled Who’s That Knocking at My Door with fellow student, actor Harvey Keitel, and editor Thelma Schoonmaker, both of whom were to become long-term collaborators.

This film was intended to be the first of Scorsese’s semi-autobiographical ‘J.R. Trilogy’, which also would have included his later film, Mean Streets. Even in embryonic form, the “Scorsese style” was already evident: a feel for New York Italian American street-life, rapid editing, an eclectic rock soundtrack, and a troubled male protagonist.

From there he became friends with the influential “movie brats” of the 1970s: Francis Ford Coppola, Brian De Palma, George Lucas, and Steven Spielberg. It was Brian De Palma who introduced Scorsese to Robert De Niro.

During this period he worked as the assistant director and one of the editors on the documentary Woodstock and met actor-director John Cassavetes, who would also go on to become a close friend and mentor.

In 1972 Scorsese made the Depression-era exploiter Boxcar Bertha for B-movie producer Roger Corman, who had also helped directors such as Francis Ford Coppola, James Cameron, and John Sayles launch their careers. It was Corman who taught Scorsese that entertaining films could be shot with next to no money or time, preparing the young director well for the challenges to come with Mean Streets.

Following the film’s release, Cassavetes encouraged Scorsese to make the films that he wanted to make, rather than someone else’s projects. 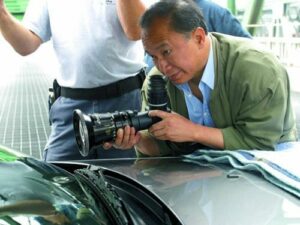 At age three he was diagnosed with a serious medical condition. Following surgery on his spine, he was unable to walk correctly until eight years old, and as a result his right leg is shorter than his left leg.

Woo went to Concordia Lutheran School and received a Christian education (his Christian background shows influences in his films). As a young boy, Woo had wanted to be a Christian minister. He later found a passion for movies influenced by the French New Wave especially Jean-Pierre Melville.

Woo has said he was shy and had difficulty speaking, but found making movies a way to explore his feelings and thinking and would “use movies as a language”.

The local cinema would prove a haven of retreat. Woo found respite in musical films, such as The Wizard of Oz and American Westerns. He has stated the final scene of Butch Cassidy and the Sundance Kid made a particular impression on him in his youth: the device of two comrades, each of whom fire pistols from each hand, is a recurrent spectacle later found in his own work.

In 1969, aged 23, Woo was hired as a script supervisor at Cathay Studios. In 1971, he became an assistant director at Shaw Studios, where he was mentored by the noted director Chang Cheh. His directorial debut in 1974 was the feature film The Young Dragons.

How Reframing Can Help Your Filmmaking

20 Directors and How They Made It

What Is Bollywood? Definition & Examples From Cinema

What Is French Impressionist Cinema? Essential Guide To The Film Movement

What Is Australian New Wave Cinema? The Essential Guide

What Is Hyperlink Cinema? The Essential Guide