David Lynch is a fantastic filmmaker who’s brought many brilliant films to screens all over the world. In this article, we list what we believe to be the best David Lynch movies.

Lynch has produced screen magic with Mulholland Dr., Lost Highway, and Blue Velvet, among many others. His cinematic canon is wide and deep and we believe this list demonstrates that.

So whether you’re doing research on him, or ready to sit down and watch one of these movies tonight, this list of the top David Lynch films will be just what you need!

It should be noted that we’ve included the films in a rough ranking order. But with a filmmaker like David Lynch, the work is so good that it’s really hard to form an exact order.

So, without further ado, let’s jump right in and list the best David Lynch movies!

Let’s start off with an absolute cinema classic, Mulholland Dr.

A love story in the city of dreams… Blonde Betty Elms (Naomi Watts) has only just arrived in Hollywood to become a movie star when she meets an enigmatic brunette with amnesia (Laura Harring).

Meanwhile, as the two set off to solve the second woman’s identity, filmmaker Adam Kesher (Justin Theroux) runs into ominous trouble while casting his latest project.

David Lynch’s seductive and scary vision of Los Angeles’s dream factory is one of the true masterpieces of the new millennium, a tale of love, jealousy, and revenge. 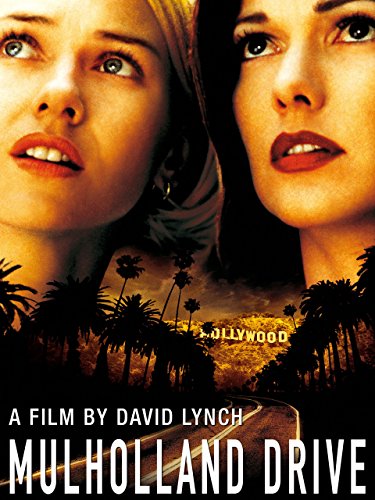 Haunting sexuality, ricochet action, and fleeting, murderous shadows await you on a journey that begins and ends on the Lost Highway.

The successful jazz musician whose marriage is on the rocks…

The man in black who threatens to expose him…

The young mechanic with links to a powerful mobster…

The mobster’s moll, who knows what she wants, and the people who can get it for her.

These are the riders on the Lost Highway, trapped in their worlds of desire, destiny, and unknown destination, where the truth is always just a short way further down the road. 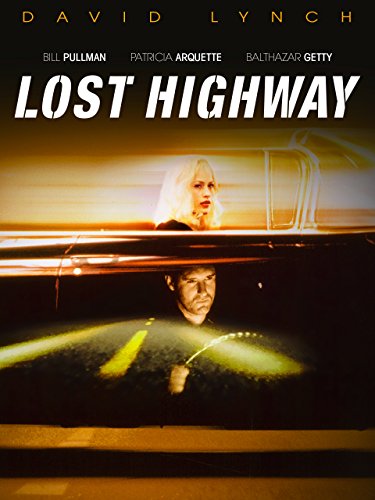 Home from college, Jeffrey Beaumont (Kyle MacLachlan) makes an unsettling discovery: a severed human ear, lying in a field. In the mystery that follows, by turns terrifying and darkly funny, writer-director David Lynch burrows deep beneath the picturesque surfaces of small-town life.

Driven to investigate, Jeffrey finds himself drawing closer to his fellow amateur sleuth, Sandy Williams (Laura Dern), as well as their person of interest, lounge singer Dorothy Vallens (Isabella Rossellini)—and facing the fury of Frank Booth (Dennis Hopper), a psychopath who will stop at nothing to keep Dorothy in his grasp.

With intense performances and hauntingly powerful scenes and images, Blue Velvet is an unforgettable vision of innocence lost, and one of the most influential American films of the past few decades. 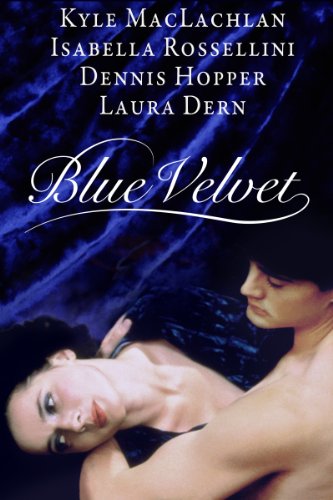 Who Is David Lynch?

David Lynch is an American filmmaker. He has been called the “Master of Weird”. His films include Eraserhead, The Elephant Man, Blue Velvet, and Mulholland Drive.

He attended art school in Philadelphia before moving to Los Angeles to study film at the AFI Conservatory.

His first short film was Six Men Getting Sick (1967). In 1977 he made a feature-length version of that film, Eraserhead, which won three awards – Best Film from National Society of Film Critics Awards; Best Direction Award from New York Film Critics Circle; and International Critics Prize at Cannes Film Festival.

His films are known for their surrealist qualities, as well as their use of dream logic and dark humor.

Winner of the prestigious Palme d’Or at the Cannes International Film Festival, Wild At Heart is a twisted rollercoaster ride to redemption through an American gothic heart of darkness.

If Lula (Laura Dern, Blue Velvet) knows one thing in this world, it’s that she’s destined to be with her ex-con boyfriend Sailor (Nicolas Cage, Leaving Las Vegas) – no matter how many times her mama (Diane Ladd, Rumbling Rose) tries to kill him.

But when she and Sailor finally hit the road in a desperate bid to find happiness, their journey plunges them into a disturbing underworld filled with sexual secrets and dangerous desires that form a terrifying tapestry of human extremity. 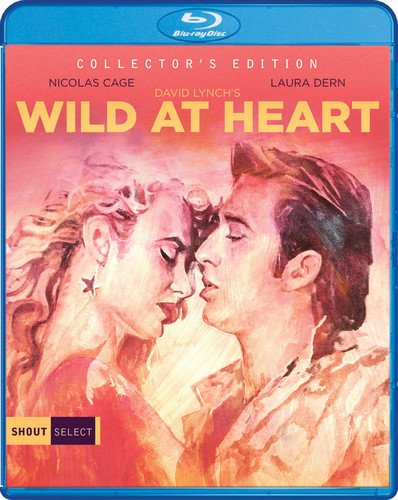 Based on the true story that captured the hearts of America, THE STRAIGHT STORY is one of those rare films offering powerful, uplifting entertainment for audiences of all ages. Directed by acclaimed director David Lynch (WILD AT HEART, MULHOLLAND DRIVE), this gentle, inspiring film celebrates the human spirit.

Richard Farnsworth (MISERY, THE NATURAL) stars as Alvin Straight — a no-nonsense man who has never been one to lean on others.

Now at an age when his eyesight denies him the ability to drive and walking is accomplished only with the help of two canes, Alvin lives a quiet life with his daughter Rose (Sissy Spacek).

But when the call comes that Alvin’s estranged brother Lyle (Harry Dean Stanton, THE GREEN MILE) has suffered a debilitating stroke, Alvin embarks on a dangerous and emotional journey to make amends.

With little money, but plenty of patience and tenacity, he climbs aboard his 1966 John Deere lawnmower and plots the 260-mile course from his small Iowa town to Lyle’s home in Wisconsin.

Filmed along the actual route that the real Alvin Straight traveled in 1994, THE STRAIGHT STORY is a heartwarming and poignant drama chronicling Alvin’s six-week odyssey and the many lives he touches along the way. 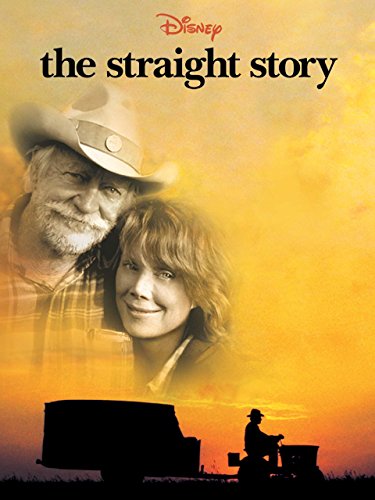 The Straight Story
$3.99
View on Amazon

David Lynch’s films are known for their surreal, dark and often disturbing content. Yet his films also explore themes of love, hope and redemption. His style is defined by a dream-like mood that contrasts with the violence in his films.

Lynch’s films are known to be weird or strange. Themes that appear throughout many of his films are dreams, nightmares, fear of death, duality between good and evil characters within a film story line as well as an exploration into what constitutes reality versus fantasy versus being stuck in limbo

Known for his disturbing, yet deeply moving movies (e.g., Blue Velvet), he has developed a cult following in the United States through films like Eraserhead and The Elephant Man.

Nikki (Laura Dern), an actress, takes on a role in a new film, and because her husband (Peter J. Lucas) is very jealous, her co-star Devon (Justin Theroux) gets a warning not to make any romantic overtures — especially since the characters they play are having an affair.

Both actors learn that the project is a remake of an unfinished film in which the stars were murdered. 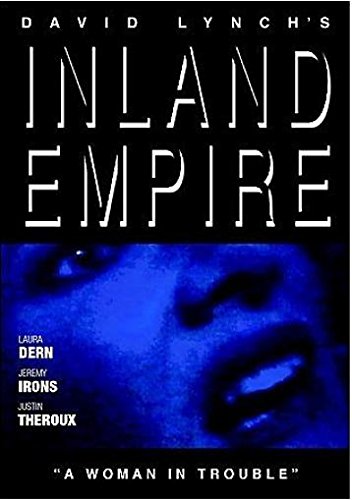 A dream of dark and troubling things . . . David Lynch’s 1977 debut feature, Eraserhead, is both a lasting cult sensation and a work of extraordinary craft and beauty.

With its mesmerizing black-and-white photography by Frederick Elmes and Herbert Cardwell, evocative sound design, and unforgettably enigmatic performance by Jack Nance, this visionary nocturnal odyssey continues to haunt American cinema like no other film. 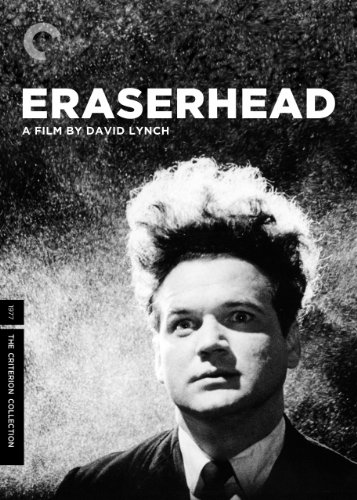 What Is David Lynch Known For?

• His movies are known for their offbeat plots, innovative sound design. Lynch has been described as the world’s most prominent purveyor of what some call ‘audio cinema.

• His own singular style has influenced a generation of filmmakers from Terry Gilliam to Quentin Tarantino.

• His art transcends reality and speaks to the complexity of human experience.

• His films are always atmospheric, haunting, and deeply thoughtful.

• He never shies away from challenging material that is often controversial or even taboo for mainstream audiences.

With this poignant second feature, David Lynch brought his atmospheric visual and sonic palette to a notorious true story set in Victorian England.

When the London surgeon Frederick Treves (Anthony Hopkins) meets the freak-show performer John Merrick (John Hurt), who has severe skeletal and soft tissue deformities, he assumes that he must be intellectually disabled as well.

As the two men spend more time together, though, Merrick reveals the intelligence, gentle nature, and profound sense of dignity that lie beneath his shocking appearance, and he and Treves develop a friendship.

Shot in gorgeous black and white and boasting a stellar supporting cast that includes Anne Bancroft, John Gielgud, and Wendy Hiller, The Elephant Man was nominated for eight Academy Awards, cementing Lynch’s reputation as one of American cinema’s most visionary talents. 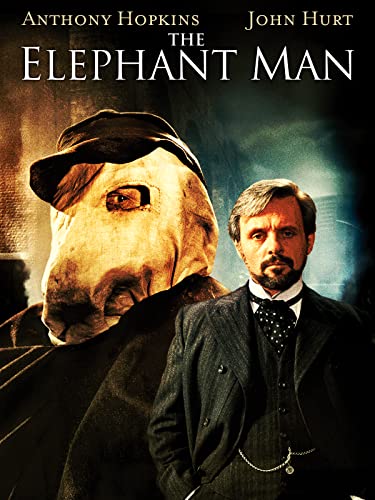 The Elephant Man
View on Amazon

Twin Peaks: Fire Walk With Me

In the town of Twin Peaks, everybody has their secrets-but no one more than Laura Palmer.

In this prequel to his groundbreaking 1990s television series, David Lynch resurrects the teenager found wrapped in plastic at the beginning of the show, following her through the last week of her life and teasing out the enigmas that surround her murder.

Homecoming queen by day and drug-addicted thrill seeker by night, Laura leads a double life that pulls her deeper and deeper into horror as she pieces together the identity of the assailant who has been terrorizing her for years.

Nightmarish in its vision of an innocent torn apart by unfathomable forces, Twin Peaks: Fire Walk with Me is nevertheless one of Lynch’s most humane films, aching with compassion for its tortured heroine-a character as enthralling in life as she was in death. 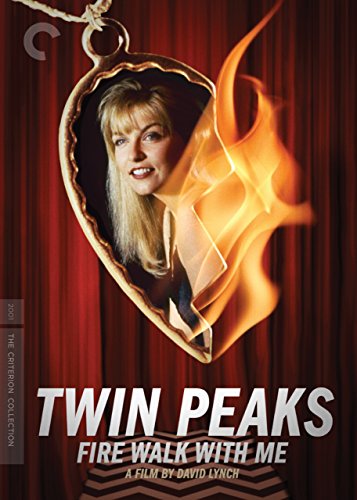 Set in the distant future on the barren desert planet Arrakis, aka Dune, where a precious life-enhancing spice is guarded by monster sandworms, young nobleman Paul Atreides (Kyle MacLachlan) leads his family and the native Freman people against the territorial designs of his family’s arch-enemies, the Harkonnens.

However, once on Dune, Paul discovers he is earmarked for an even greater destiny. The cast also includes Francesca Annis, Max von Sydow, Linda Hunt, and Sting. 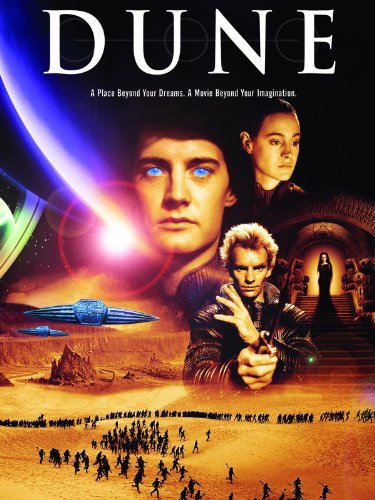 The Short Films of David Lynch

A collection of highly sought-after David Lynch shorts, including his first works. A must-see for fans of the legendary filmmaker David Lynch, this collection features six short films from the master of the macabre.

Spanning the director’s career, from early experiments to more fully realized visions, this disc contains the shorts “Six Men Getting Sick”, “The Alphabet”, “The Grandmother” “The Amputee”, The Cowboy and the Frenchman” and “Lumiere”.

Each film is preceded by an introduction from the director. NTSC Region 0 Korean import. 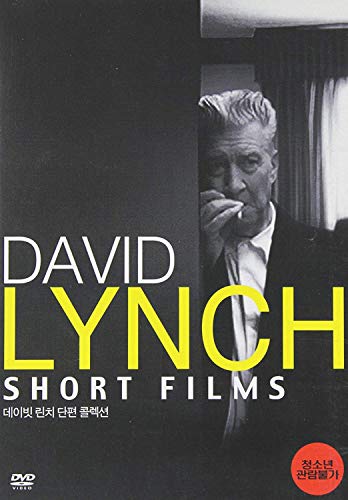 For the first time, in one collection, the complete television phenomenon TWIN PEAKS: 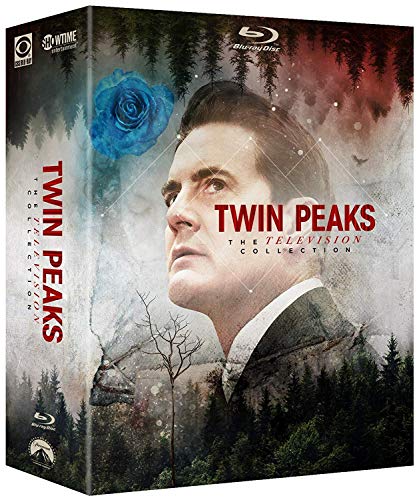 So there you have it. The top David Lynch films. As you can see, he’s been responsible for some classics of cinema history and it’s clear to see why he’s considered one of the all-time greats.

We hope this list of the best David Lynch movies has been helpful. Did we miss your favorite? Let us know in the comments section.

What Is Kammerspielfilm? The Essential Guide

What Is Slapstick Comedy? The Definitive Guide

What Is Cinema Of Transgression? The Definitive Guide

What Is Participatory Cinema? Complete Guide To The Film Movement