A few weeks ago, I went to visit this beautiful garden on the outskirts of the city. The views were so mind-blowing that I pulled my phone out and started recording Instagram stories.

I told my friend that I wish I could add music to the stories. When he told me I could, I was genuinely surprised. Then I added King Crimson’s I talk to the wind to my story to make it perfect.

It seems the feature of adding music to your story and many other features that include music have flown under the radar for many users like myself.

So, today’s guide is all about how to add music to your Instagram story and many cool features that will surely blow you away.

But before we delve into how to add music to Instagram stories, we need to remember how much we take these cool features for granted. When Instagram first launched in 2010 it was only available for the iPhone.

You could only add pictures to it and that was it. It wouldn’t be until between 2013 and 2015 that features like video posting and direct messaging were added. Yep, before that, you couldn’t message anyone on Instagram or even post a video.

Stories weren’t even added till August of 2016. It was such a cool feature back then until every other app added it and ruined the appeal of course. Live stories were later launched in November of that year.

While it’s not anything neat anymore, back then the idea of sharing a snippet of your day with friends that can only be viewed for 24 hours was pretty cool. 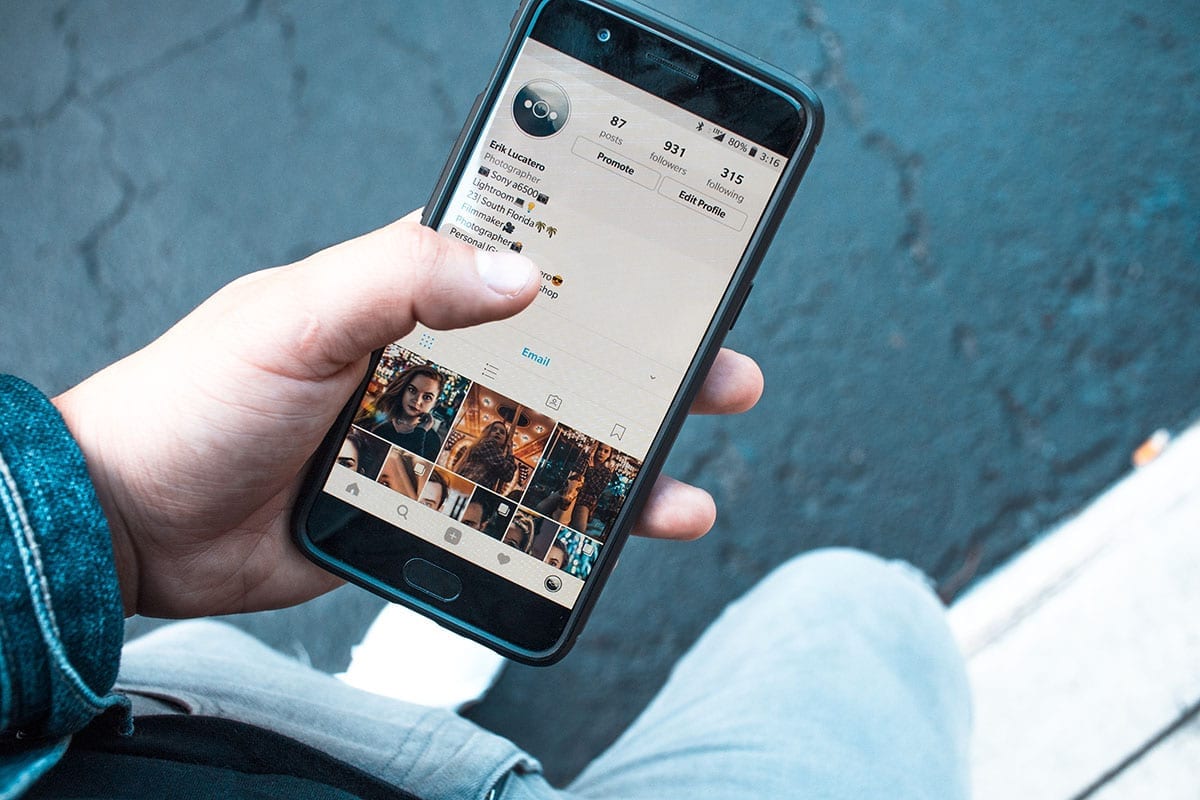 In order to compete with apps like musical.ly (now known as TikTok), Instagram introduced the ability to add music stories in June of 2018.

Instagram didn’t do a haphazard job of adding this feature thankfully and the options and possibilities are limitless. On the official page it states:

“Now you can add a soundtrack to your story that fits any moment and helps you express how you’re feeling.”

I think that captures the appeal of this feature. Sometimes you just capture a moment and in your head, you get this pitch-perfect song to go along with it. It’s almost like a movie soundtrack.

With this feature, you can bring what’s on your mind to reality. The marriage of image and sound really led to some cool stories on the app.

So let’s take a look at all the music features that Instagram has to offer and how you can take advantage of them. Without further ado, let’s dive right into it.

Instagram has its own dedicated music library that you can choose a song from. I was initially impressed with the offerings at hand.

From modern pop artists like Rihana and Taylor Swift to more obscure bands from the 60s and 70s. You could tell Instagram spared no expense on its music library.

After you open the camera on the Instagram app or the story icon, record your story. Now that you have the story, click on the sticker icon. There’s an icon in the list that says “Music”. Click on it and it’ll take you to a Spotify-like menu.

It has a search bar on the top plus three windows under it. The first one is labeled popular. You can browse the list of the biggest hits at the moment. The second window is labeled mood.

That one allows you to see songs based on…well the mood of the song, be it fun, romantic, mellow, etc… The last one is labeled Genres. That one is self-explanatory, songs are categorized based on genre, Pop, Rock, Electronic, Hip Hop, etc…

Of course, these options are there in case you don’t know what song you want to use exactly, but you have a general idea.

You can even stumble upon some cool new songs and artists just by exploring the different options you have. I myself discovered a few indie bands I would have never heard of anywhere else.

If you do know what song you want, just search for it using the search bar at the top. It’ll show up alongside any other different versions of it (as long as they are available of course).

Once you find a song that you’re happy with, click the little play button to hear a portion of it. Instagram allows you to play a maximum of 15 seconds from any song.

When you choose the song you can move a white slide bar that determines which 15 seconds portions of the song you’ll use. The song will play through the entire video.

When you select your desired portion of the song, click the image thumbnail to change its photo. Some songs will allow you to choose from a selection of photos.

Other songs will even allow you to highlight lyrics from the song on the story, creating a stylistic look for your story. When you’re satisfied with everything click the thumbnail that says Done.

The song will be added as a sticker to your story. People who see your story will know the name of the song and artist if they like the song which is a nice feature. You can customize this as well.

You can move the sticker around to place it in the perfect spot in your story. You can also change the size of the sticker by putting two fingers on it and expanding them like you’d do when zooming.

You can twist it to change its orientation clockwise or counterclockwise.

Lastly, you can double-tap the sticker to change its appearance from a different menu. When you choose a design that you like, click Done to return.

One more thing, you can pin the sticker to an object or person in a video story. Before you post your story hold your finger on the sticker.

After you post your story you can see it by tapping your story icon at the top of the app. You can view it there with the music and everything.

If you tap it once, the story will pause and the music player menu will pop up and you can see the song. You can choose to play the song by itself or pause it and continue the story without music.

2. How to Add music to photos and videos

Instagram allows you to add music to pre-existing videos and photos on your phone. You can then post them as a story. In order to do so, just click the camera icon. Then head to your image library.

Once you pick the image or video you want, just click the sticker thumbnail and choose the Music sticker as before.

You’ll just have to follow the same instructions as before and voila, you have music added to your image or video that you can now post as a story.

3. How to add music from other apps

While Instagram’s music library is fit for any story you want to post, having extra options is always nice.

Spotify, for example, has some songs you just won’t find on other platforms like the recently added Tool discography.

Keep in mind you won’t be able to add these songs to images or videos. Instead, it’s more like sharing songs from other platforms with your friends. There are currently three apps you can use, Spotify, Shazam, and Soundcloud. 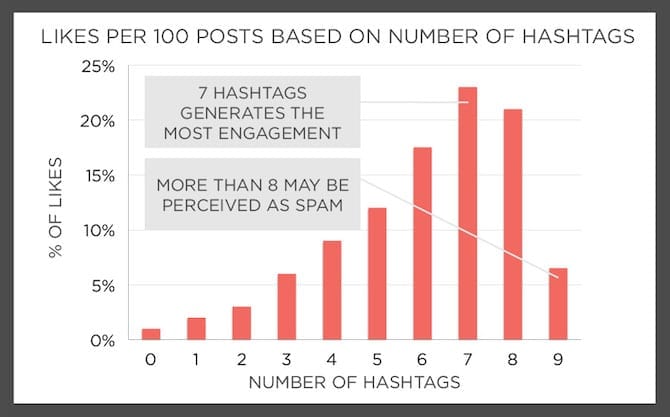 Simply go to the song you want to use. For example, let’s take Queen’s Bohemian Rhapsody. Play the song then click on the ellipses icon. It’ll take you to a menu with plenty of options. Choose the one that says Instagram stories.

That’ll take you to your story with the song playing along with the cover art, title and artist name. From there you can add captions, stickers and other effects to make it your own.

The story will automatically have a Spotify link in case someone wants to listen to the full song. This is a neat way of sharing your favorite music with your friends.

For Shazam and Soundcloud, just follow the same instructions. It all boils down to sharing the song as an Instagram Story and then customizing the story to your satisfaction.

Try it and get creative. I saw someone the other day posting the foggy weather of London with Walking on Sunshine playing with it. I thought that was neat.

How to Add Music to Instagram Story – Wrapping Up

Of course, only a billion-dollar can afford to develop features like these for its app.

There’s more to the app than just basic selfies, video posting, live streams and such. There’s a wealth of cool features that are just waiting for you to take advantage of.

So now that you know how to add music to your Instagram stories, go ahead and try it, experiment, get creative and most importantly, have some fun.

Filmmaking & Producing: The Making of a TV Show

iPhone Filmmaking in 2022: Mobile Video Editing On The Go: Diversify Your Online Content With Videos