How To Think When Writing a Script For Your Film

Film script writing is a creative process that indulges a lot of one’s creativity. That is why before you begin script writing, you need to prepare yourself mentally by finding inspiration for your story.

Why? Well, because you need to express your ideas correctly. When writing a script for your film, here are some ideas that you can use to make your idea better.

It is important to know that the audience love motion when they are watching a film. That is why you should consider using more movements and actions rather than a long conversation that tends to lose the audience in the middle.

With more movements, you will be keeping the eyes busy plus you will fully engage the crowd because they will have to engage their brains in processing the actions to get the final message.

With lengthy conversations, on the other hand, people will get bored watching because humans can only concentrate where they are not engaged for a short time.

When thinking about implementing these actions in your films, you have to ensure that you clearly describe the kind of motion and what it needs to communicate with the audience.

Remember that you have a primary goal of keeping the people watching entertained and involved to the end. 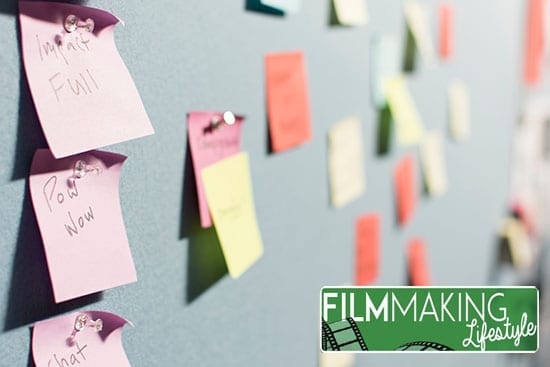 When writing a script, it is imperative that you give the characters a location in your mind. That way, you will be able to add more flavor using things around the site. Remember that a story can never exist without a place.

There are different types;

Scriptwriters decide their locations differently. Some write scripts with places in mind while others use general ideas for sites and goes with what they can get. However, you should know that each has a significant impact on the income of the final film.

Choosing the locations usually is the hardest part because some of these places are not easily accessible. In most cases, it forces filmmakers to improvise during the real shoot.

However, it is good to know that thanks to virtual technology, filming locations these days can be created.

Some familiar places are common for film scenes. You can avoid such sites so that you give the audience something new.

This should be the right time for you to showcase some of the beautiful places in your town or neighborhood.

Be Open To Improvements

When writing a script, you may get different ideas about a particular scene.

While most scriptwriters want to provide a straightforward script, some ideas that are not chosen could have worked better with the audience.

If you have to produce a script, then you need to ensure that you pick only the best of your ideas.

Also, changing scripts is something that has been done by many scriptwriters, and you can use it to improve your ideas.

When writing a script, you need to have a picture of the characters in your mind.

However, you need to do your best to ensure that you imagine the right actor for the right role.

That way, you will find it easy to build up content since you already have people whose story you can write about.

When picking characters, you also need to keep in mind that you have to choose compelling characters that will amaze the crowd.

Instead of having standard characters, you can decide to get a little creative and give them outstanding features.

Your characters also need to realistic in the sense that you don’t have to give them so much decoration.

Remember that one of the best methods of engaging your audience is by building characters that they can relate to. That means, they don’t have to be exaggerated. 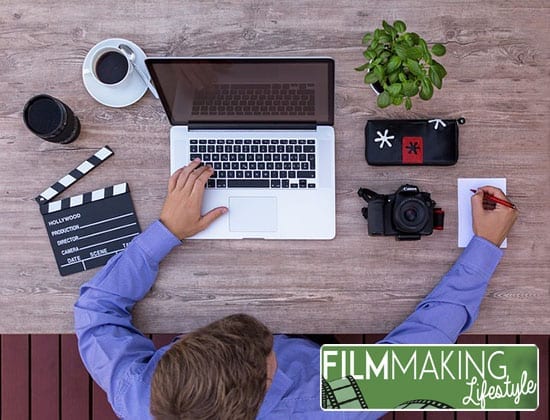 Any scriptwriter knows that when the imagination starts working, it keeps going until the script is over even if you will need to take breaks in between.

However, it is good to know that your mind should be able to provide you with everything.

It is also good to know that through your imagination, you can create twists in your script to avoid being the same as other scripts.

Give people something to wow about or send them in deep thoughts that they will be amazed by the unexpected turn of events.

The way you imagine the script is the best version of the final film. That is why you will find that most scriptwriters are also film directors. That way, they can bring out the best of their imaginations to reality.

Be Flawless With Your Transitions

A good scriptwriter organizes his work. That means, he or she can maintain a particular flow that will keep the audience following without complications.

Some scriptwriters are poor at transitioning their scenes.

When you have to connect scenes, make sure that you balance so that all the scenes end up at the same place when the film is over.

Conducting more research in scriptwriting will give you exciting ideas. That is because scriptwriters around the world share their ideas and inspirations online.

Through research, you will be expanding your thinking putting you in a better position to put your best creativity foot forward.

Other things you will benefit from when you do good research include:

But that needs you to be good at creating humor. You should know that people like it when they can express what they feel when watching a film.

If humor is not your style then try something with a strong emotional touch.

That way, you will be adding realness to your script since regular human beings deal with emotions every day.

You should know that there are so many ways to touch people’s emotions.

Things like pets are close to humans, and by introducing the character to your script, there is already some bond being portrayed which is emotional to some extent.

That is because if the cat dies after a few scenes, then sad emotions will flow.

Romance is another good idea for winning people’s attention but you will want to think out of the box.

For example, instead of having your character spying on their partner who is cheating using an iPhone tracker, you can have the cheating partner followed and caught right in the act. 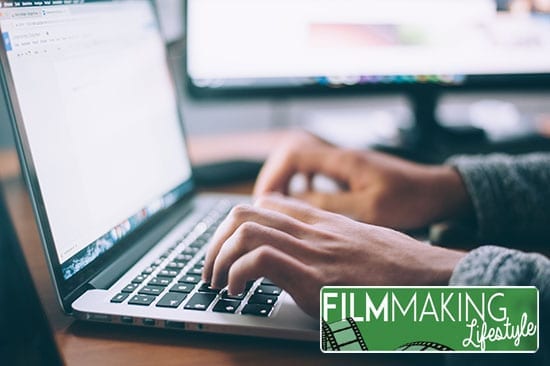 This Is Your Best Script

Every time you are writing a script, it is essential that you put in all your efforts. That is because, if you don’t produce your best this time, there might not be the next time.

That is why, it is vital that if you set your mind to write, it is critical that you have a place to write down the ideas flashing on your mind.

With the perfect script skeleton, you can now begin building your script filling up the remaining gaps.

Remember that as a scriptwriter, there is also a lot of competition on the market that scripters these days are getting diverse.

To be able to survive in the market, you need to maintain a high standard of quality.

Script writing is a fun process especially when you have the best ideas.

However, it is good to know that you can never write the best scripts all the time.

At times, your writing morale will be low but know that it is part of improving your skills by giving the brain time to get another good grip once more.

Scriptwriting is a skill that you can learn, but the better part of it will involve the ability of your imagination.

What Is a Key Grip: Roles & Responsibilities On Set

Best Mirrorless Camera Under 1000 Dollars in 2022: 6 Cameras All Filmmakers Need to Know About

What Is an Allusion? Definition, Examples & Tutorials

What Is Sibilance: The Complete Guide

How To Become a Script Reader: Is It The Role For You?

What Is a MacGuffin? The Definitive Guide

What Is A Writers Room: The Essential Guide [With Examples & Tips]