What Is Non-Diegetic Sound? Definition, Examples & How To Use Effectively

Non-diegetic sound in film is a type of sound that does not originate from one of the characters or objects on screen. Non-diegetic sound can be almost anything, but it’s typically used to portray an offscreen character, narrator, or ambient environment.

Non-diegetic sound is an important concept in film and television. It refers to sounds that are not created by the action on screen, like music or sound effects.

It’s an element of a film that is not represented as coming from the perspective of any character.

This means that it is not coming from the world in which the story takes place but rather, it comes from outside of this reality.

What Is Non-Diegetic Sound?

Non-Diegetic sound is a type of sound that appears external to the film.

This includes music, off-screen sounds coming from an unseen source, and any other noise that doesn’t come from one of the characters.

Non-Diegetic sound can be used as a way to help set time and place in the movie or it can serve as commentary on what’s happening on screen.

What Is Non-Diegetic Sound?

The term “non-diegetic” was coined by Roger Odin in 1967 and has since been used to refer to sounds such as music, noise, or even silence, it’s also known as nondiegetic or diegetically unrelated, is a form of sound in film that does not occur within the story.

The sound can be found in films like Ferris Bueller’s Day Off when Cameron plays his saxophone on a bus without anyone else hearing him play.

This type of sound would be most likely to come from an off-screen radio, TV, or another audio source.

There are many different types of sound in the world. Music, animal noises, and even human speech are all examples of sounds that we often perceive as non-diegetic.

What does it mean to be diegetic? Diegetic sound is a form of auditory perception where there is an apparent source for the sound.

This means that if you hear something on TV or in film, it’s probably diegetic because someone would have had to record those sounds with their microphone and then edit them into the footage so they could be heard by the audience.

Usually when people talk about “sound design,” they’re talking about how diegetic music or other sounds were added to enhance what was happening onscreen in order to create a more immersive experience for viewers.

Non-diegetic sounds are often used in films to set an emotional tone or establish a sense of time and place. They can also be used as signaling devices for transitions between scenes.

Have you ever seen a movie without any music and noticed how much it changes the mood? This is what non-diegetic sound does to a film. A good example of this would be when someone steps down from an escalator and it makes an audible noise as they do so.

It’s not something that’s going on in the scene but we hear it nonetheless because our brain has been trained to notice these types of sounds over time. This type of noise can often be used for dramatic effect or to manipulate your emotions when watching a movie – think about all those horror films! 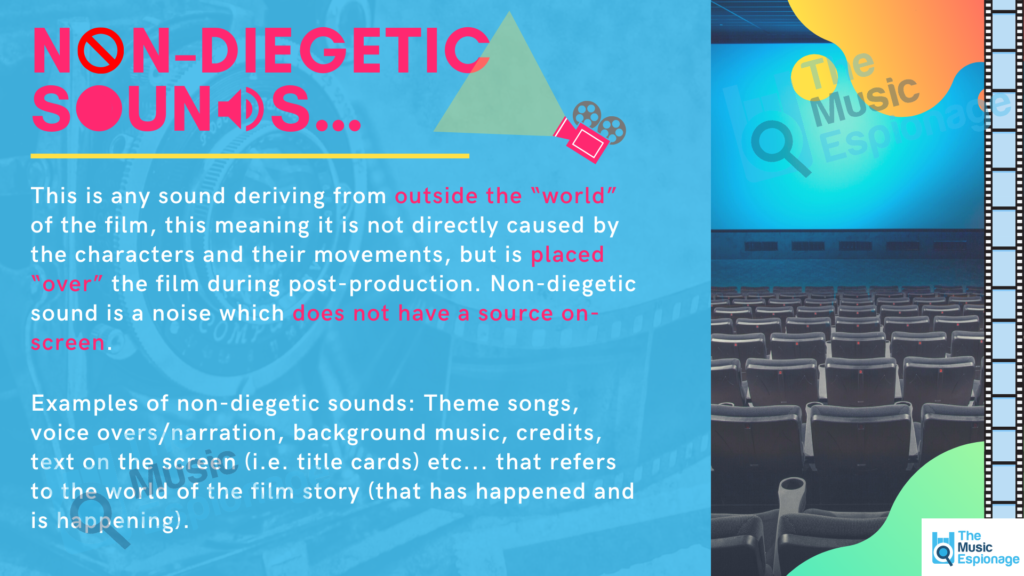 What Is The Most Common Kind Of Non-Diegetic Sound?

Have you ever wondered what the most common kind of non-diegetic sound is? Well, it’s music!

It can be used as an introduction to set up or introduce a scene, create tension and suspense throughout the story (think Jaws), or provide closure at the end (think The Sound Of Silence). 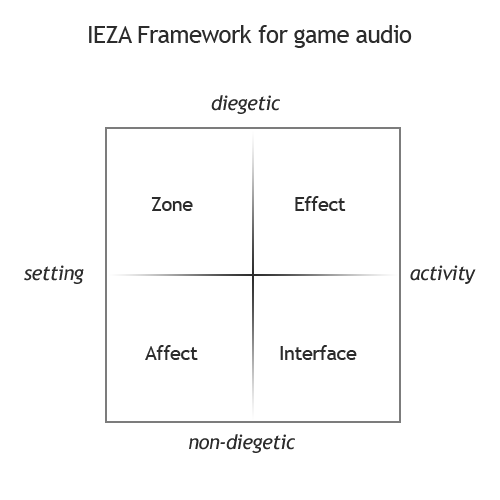 What Is Diegetic Sound?

What is diegetic sound? To answer this question, we must first understand what a narrative film is.

Diegetic sound can be found in the third component of a documentary-style narrative film where it may be used to refer to any sounds that are part of the world depicted on screen as opposed to created by the filmmakers or editors outside of the story’s time and space.

Sound is a powerful medium. It can be the difference between life and death, sanity and insanity.

We know this instinctively because we’ve all seen movies where the sound of footsteps triggers fear in the protagonist as they try to escape their pursuer, or when a character’s voice resonates with so much anger that it sends shivers down your spine. 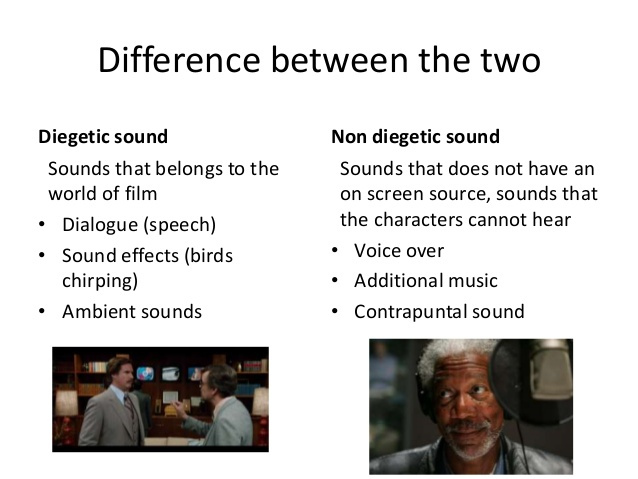 That’s what makes diegetic sound so important in film – it creates an immersive experience that helps us understand how characters feel at any given moment through their words and actions.

The term “diegetic” comes from the Greek word meaning “to display.”

The definition of diegetic sound is that it is a sound that emanates from an object in the world and can be heard by the characters.

In film, this means any sounds coming from something within the frame of what we are seeing on-screen.

Diegetic sounds are contrasted with non-diegetic or incidental music which does not come from anything occurring in front of us but rather provides additional mood to a scene.

Diegetic sound is a term that describes any audio within the film or shows that is not coming from an external source, like a television.

For example, if someone in the scene were to speak aloud, their voice would be dietetic.

Sound designers are a creative bunch. They create sound effects to bring our favorite movies and TV shows to life, but do you know what makes these sounds diegetic or non-diegetic?

There is a difference between the two and it can make all the difference in how a scene plays out.

Just about every film has a diegetic sound, which is any sound that can be heard by the characters in the scene. The sounds of cars driving by, birds chirping outside windows, or airplane engines are all examples of diegetic sounds.

Diegetic sound is often contrasted with non-diegetic music or dialogue that plays over it and does not come from within the world of the story but rather from outside it.

This type of soundtrack usually signifies an emotional change for a character (or many characters) and is used to provide commentary on some aspect of what we are seeing happen in front of us on screen.

The use of diegetic sound in film is often overlooked as a tool for directors to use.

However, it provides a unique way for the director to manipulate and engage the audience with what they are seeing on screen.

Here is our selection of some video material that will help you understand these two types and how they allow filmmakers to craft more compelling stories that fully utilize sound as a narrative device!

What Is a Leko Light: An Essential Guide

What Is Call Time? Examples, Templates & How To Have Everyone Be On Time Everytime

What Is a Cyclorama? The Definitive Guide

Film Industry: Creating Relationships and Networking in the Film Business

What Is A Movie Prop: Definition With Tips For Using Them

What Is The Bokeh Effect: A Complete Guide