This is the 37th instalment of this feature here on Filmmaking Lifestyle, where we chart the best-of-the-best from around the filmmaking and video production world. This article covers the best posts from October 2018.

The Best Posts Of October 2018

We’ve been busy and things are rocking as we move into November.

Autumn has very much arrived here and those long sunny days of summer are, unfortunately, behind us. For now! Wedding season has calmed down, but (as always) there’s a tonne of editing to do!

Hopefully you’ve been enjoying all the new content around the site. We’ve certainly been busy pumping out some great stuff for you guys.

Got some cool things in the pipeline that we’re hoping to roll out in the next few months. Just one of those in an audio version of my book Video Business Fast Forward. I’ve been working diligently on recording the audio for this.

Speaking properly into a mic (and keeping the energy levels up) is harder than I ever thought it would be! But I’m plowing through and it’s coming together!

So the audio version of the book should be coming out in the next couple of months and I’ll add that to the book’s sales page as an additional option. Some people will want the audio to go along with the text, others won’t. However, I’m looking forward to giving people that option.

Let’s get started and jump into the best from around the web this month!

Want to become a Freelance Videographer in 54 Easy Steps?

Here’s a list of all the Christopher Nolan screenplays and they’re fully downloadable and complete!

Amy Clarke, of Amy Clarke Films, has a solid guide to How to Make a Portfolio for Filmmakers.

So what did we have on Filmmaking Lifestyle this month?  Let’s take a look!

We started out with an article on script writing websites. From there, we featured an article on the best quadcopters and the best tripod under 100 dollars.

Then we had a couple of articles on the best MacBook Pro and the best shotgun mic.

Rounding out the month, we had an article on going solo or as a video team.

Here’s a great spreadsheet list of all the adaptable lenses for the Canon EF mount.

Announcement for the release of Adobe Premiere Rush CC.

Here’s a new Panasonic 8K, 60fps camera but with no IBIS and only a single card slot.

This month’s Picture of the Month is about deep focus: 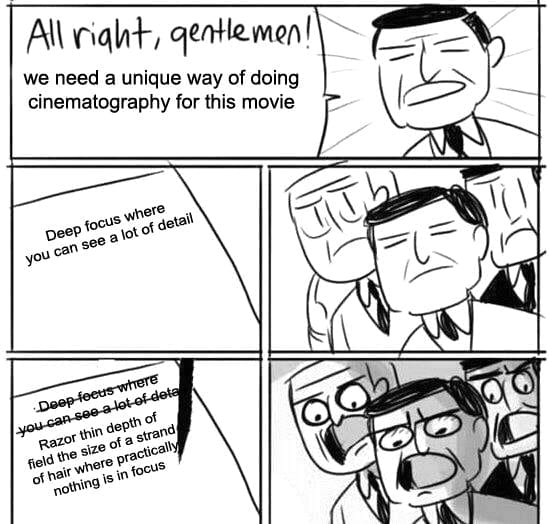 This month’s Video of the Month is a cool behind the scenes of a one take scene:

Anything else you’ve found in the filmmaking / video production world that we missed? Let us know in the comments below!

The Growing Use of Vertical Videos in Social Media

Going Solo Or As a Video Team? Building a Fantastic Video Company

How To Sell Video Production Equipment to Make Money

Stock Music: Top 3 Sites for Affordable and Unlimited Music for Your Videos

Taking Your Video Production Startup to the Next Level