A couple of months ago, we ran an article by Golda Criddle about the kind of VOD (Video On Demand) options that are available to filmmakers. Today, Golda’s back and this time she has information on some of the lesser known VOD platforms.

This article is something of a response to questions received about the lesser-known, more approachable, VOD platforms.

Not everything can get there films on Netflix and Amazon, so what are the alternative video on demand platforms?

Here’s Golda with the answers!

Everyone has heard of iTunes, and Amazon, but what are some of the other video-on-demand platforms available to filmmakers?

You should consider making your film available on one or all of these platforms to reach certain target audiences that they cater to. Find out about these platforms and what kind of films may appeal to their users in the paragraphs below! 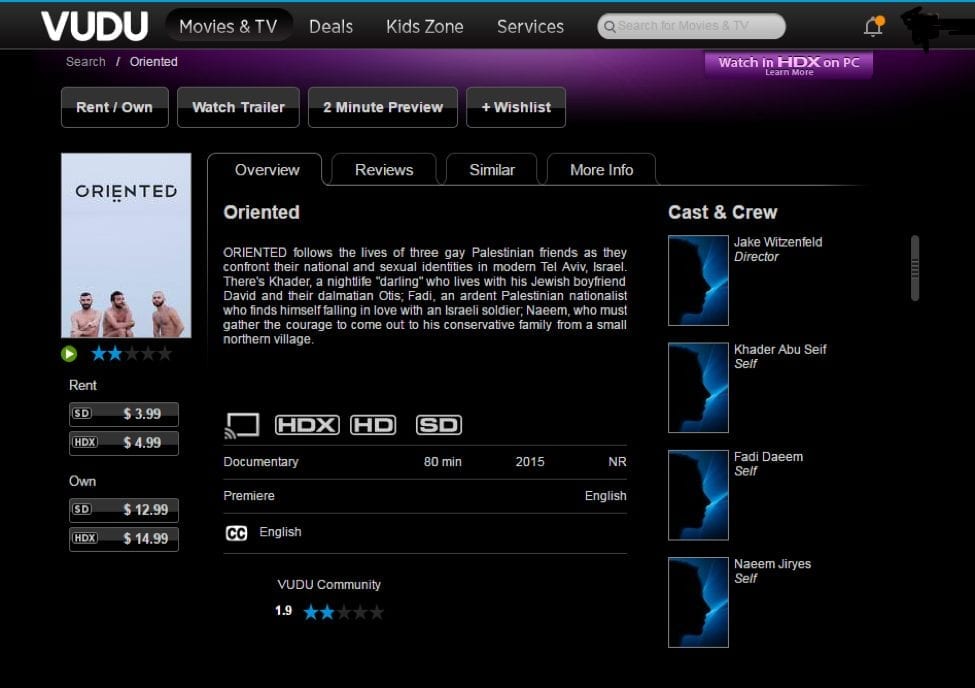 Vudu is a digital streaming platform owned by Walmart, which has roughly 4,000 stores in the United States.

Vudu is a TVOD, meaning you pay per transaction for movies, and you can keep watching whatever you buy. The account is free and you only pay for whatever movies you watch since it’s an on-demand service.

VUDU will work with a number of devices, including computers (PC and MAC) and even Apple’s iPad, PS3, Xbox 360 (it requires an Xbox LIVE Gold Membership), as well as numerous Internet-connected Blu-ray players and HDTVs.

VUDU has a $5 instant credit for new members and has HDX quality movies, which gives the experience of being in a theater.

With the new “Share My Movies” feature, Vudu users can share their films with up to 5 friends or family members, further widening your film’s audience.

Because Vudu is owned by Walmart, it is a perfect platform for family-based independent movies or those with a target audience of women.

Filmmakers who choose to distribute on Vudu can expect a return of 40% of the profits of their films while the service takes 60%. 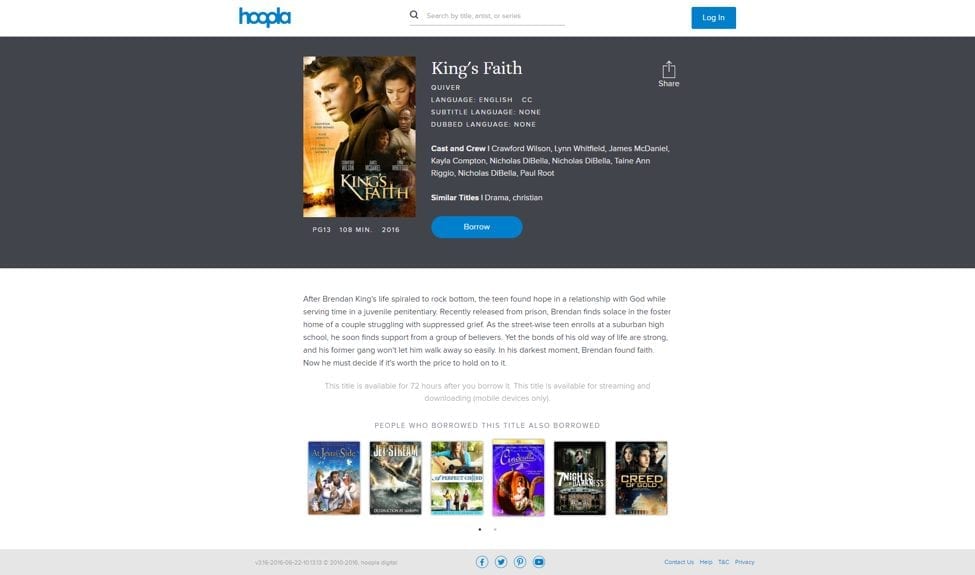 It’s a free service available through over 900 libraries across the U.S. Anyone who has a participating library card can access this service through the Internet.

The digital library hosts hundreds of movies, music, ebooks, comics and audio books. Users can access 4 to 15 titles per month on the service depending on their library’s subscription.

Hoopla has an app that you can use along with Chromecast to stream movies to your television.

Because Hoopla is available to anyone who has a library card, you can potentially reach new audiences that could not afford a traditional TVOD or SVOD platform.

Hoopla is technically a FVOD (free video-on demand) platform regarding consumers, however filmmakers are paid by the government in conjunction with the North American Public Library system.

Hoopla is a great platform for your documentary or education-based film, as you are likely to reach people that are actively involved within their library community.

Filmmakers can earn money on Hoopla on a pay per click basis. 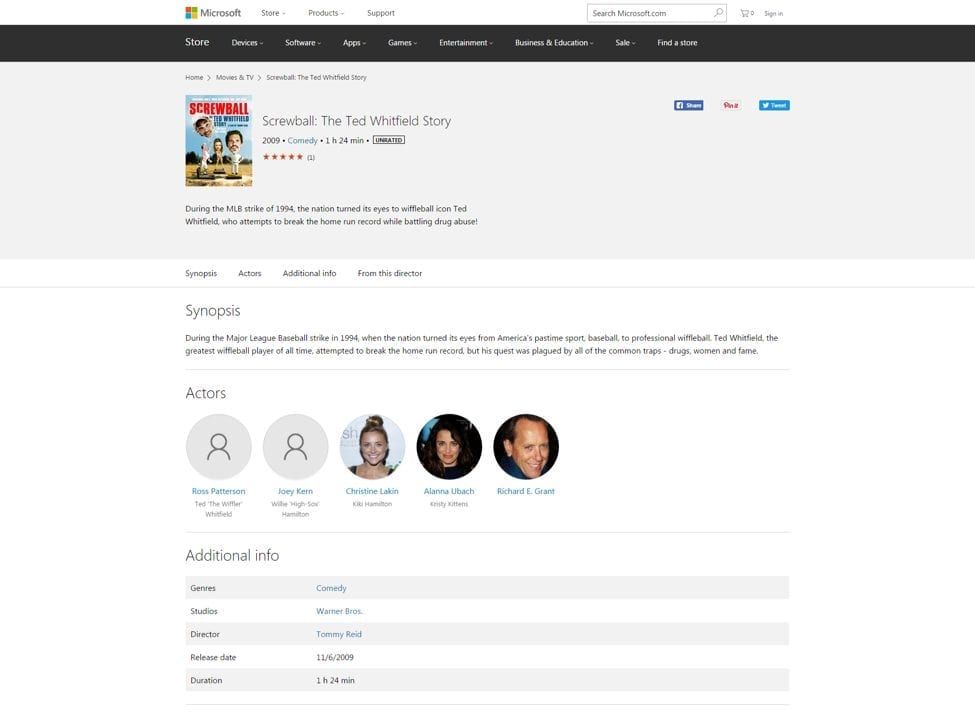 The service is available on Xbox 360, Xbox One, Windows 8 and later, and Windows Phone 8 and beyond.

Users with an Xbox or any of the above devices can purchase films to watch directly on these devices thus it is a TVOD platform.

Microsoft offers a 70%/30% revenue share for newer films, which decreases to 50% for the filmmaker as the film becomes part of its archived library 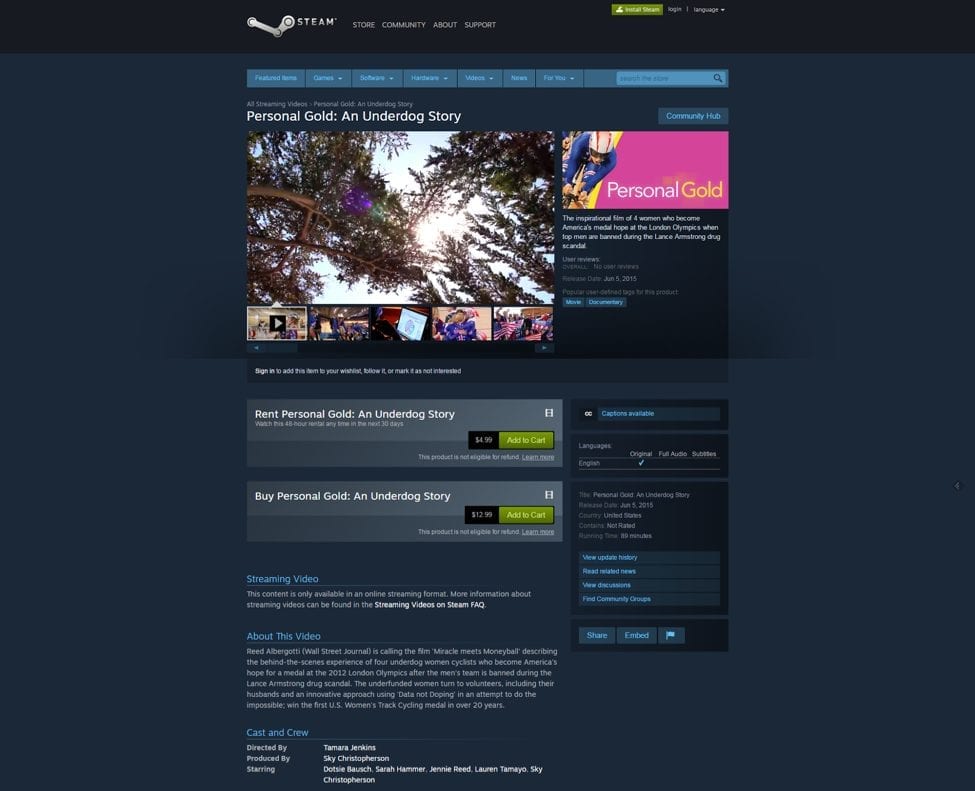 Steam is an online entertainment platform, originally used mostly for PC gaming that is connected to the Dish Cable Network.

Recently, it launched an online video store where users can buy content, so it is a TVOD platform.

With over 125 million users, Steam can expose your film to the gaming community, if that is a target audience.

Steam offers filmmakers 70% of the revenue earned from all of their film sales and keeps 30%. 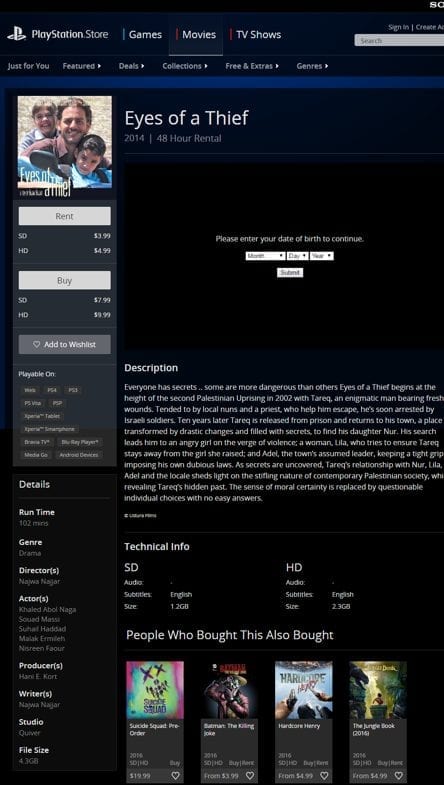 Through the Video Unlimited system, users have access to over 80,000 films and television episodes. On some systems, Video Unlimited content is available through a streaming service, although normally films can be purchased individually on the network.

The Sony Entertainment Network takes 40% of film revenue for newer films, leaving the filmmaker with 60%. As the film ages, filmmakers can earn up to 50% of their revenue.

Steam, Microsoft, and the Sony Entertainment Network are great host platforms for films that appeal to gamers or men ages 18-34 since they are available on gaming devices such as the Xbox and Playstation. 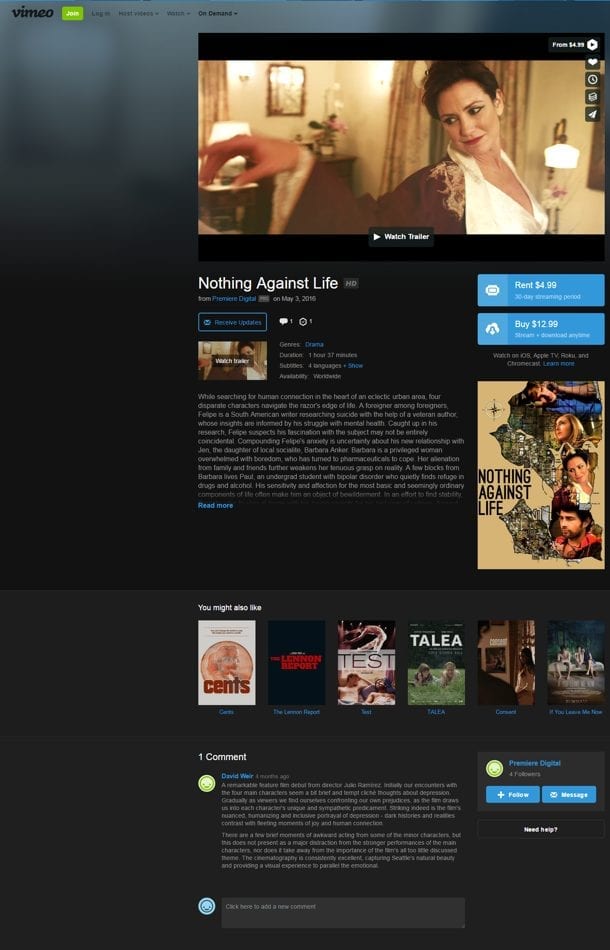 Vimeo is a community of filmmakers and creators, and a place where they can share their videos online. It aims to have the best quality videos with no advertising.

According to a press release in May 2016, Vimeo had over 280 million monthly users.

With the acquisition of VHX, Vimeo now offers a complete subscription service with the ability to build catalogs of programming for creators and audiences called Vimeo On Demand. Therefore the Vimeo and VHX platforms are perfect for independent films with a built-in audience because you can embed the video directly onto your website.

Vimeo offers filmmakers the highest revenue share: they only take 10% of all revenue films on their site sell for. Thus, filmmakers keep 90% of all sales from their film.

Filmmakers can get their films on these lesser-known platforms through film aggregators.

Hoopla, Microsoft, and Sony Entertainment Network are curated retailers, meaning that aggregators pitch content to the platforms and they choose to pass or accept.

Steam and Vudu normally accept most titles as long as you go through preferred film aggregators such as Quiver Digital.

Vimeo and VHX are self-distribution video on demand platforms, which means that filmmakers can choose to distribute their films on these networks as Pro users.

This article was written by Golda Criddle from Quiver Digital.

How To Break Down Scene VFX: A Complete Guide [With Examples]

What Is Film Coverage: Step-By-Step Guide

Model Release Form: What You Need To Know

How To Become An Actor: Make Your Dreams Come True!

What Is A Synopsis? Definition & Examples