What exactly is the pre-production process?

Pre-production is the stage of planning almost all the components involved in artistic production, a movie, or any other performance before the action begins.

Post-production refers to the phase after shooting has ended and the footage is stored.

There are many different stages of the filmmaking process, and pre-production is one of the most important.

This stage includes everything from storyboarding to location scouting in order to plan out your shoot before you ever start filming.

Most people think that production is where the fun stuff happens, but that is not really true. In fact, most movies are shot “on the set” or on location.

The only exception to this rule is “in camera,” which means the actors are on set and do their speaking and acting.

That is what is meant by a shooting schedule. A production schedule is a list of all the tasks and materials required for the production of a movie, along with the start and completion dates. 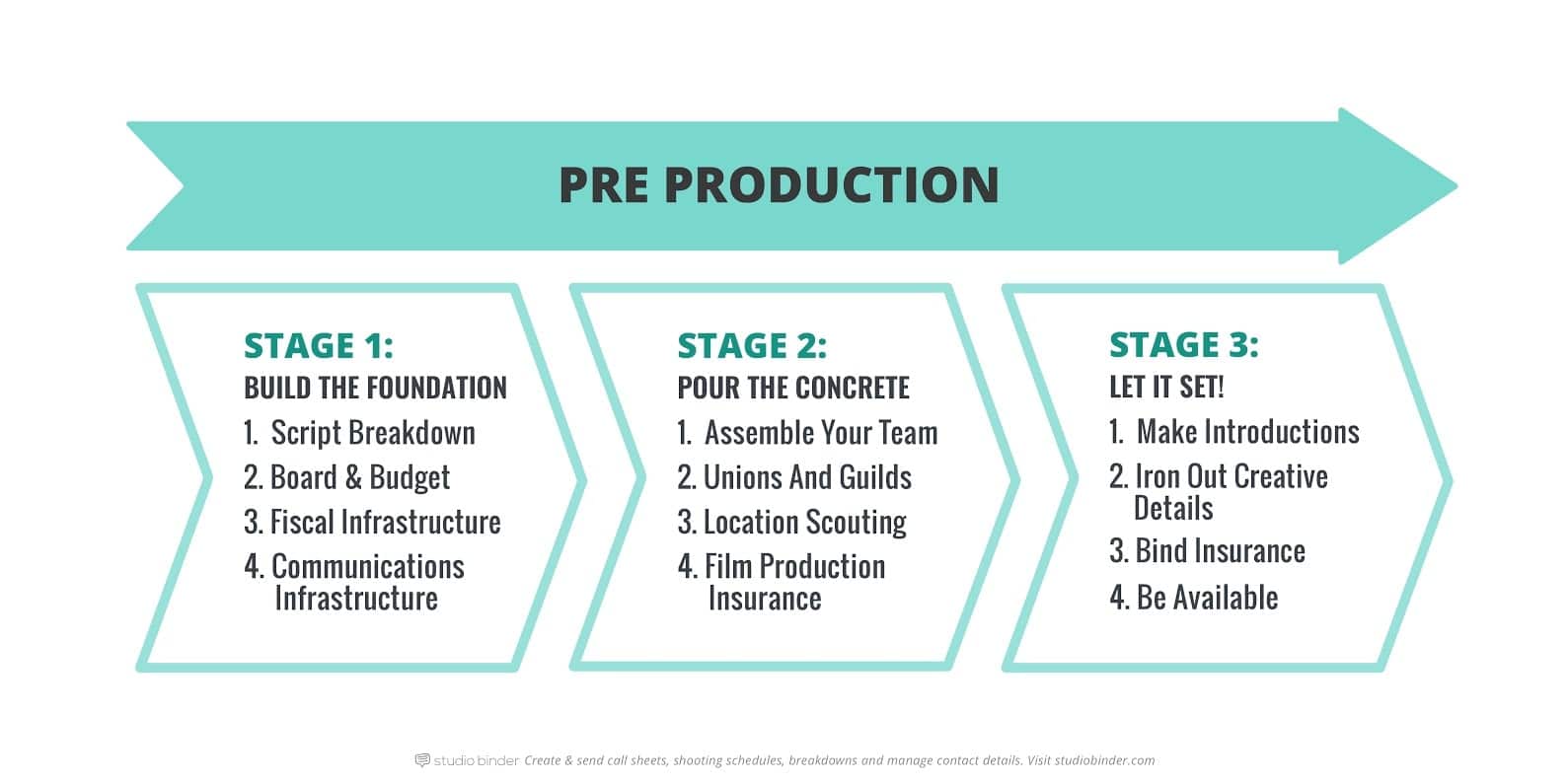 Before You Go On Set

Onset is just one part of the pre-production process. The other parts are actually performed off-set.

These include everything from filming the shots, location, costumes, location set, and all other items needed to create the illusion of a movie set.

The stage manager is the person responsible for putting it all together.

He or she is in charge of everything from hiring the crew, the assistants, and any other person to the actual production itself.

As well as a detailed list of what is needed, each part of the pre-production has a specific purpose. One of the biggest expenses is location scouting.

The location scout is responsible for finding the right location for filming a video production.

This includes determining if there is room for filming on the land as well as for the crew to set up.

In many cases, the location scout will also be in charge of actually booking the space.

He or she will also make sure the location is ready for use, making sure no damages or classifications of safety standards are being violated, and that the area meets all legal requirements.

In addition to the location, many producers prefer to start the Pre-Pro production in the casting process. Ranges of auditions are available, depending on the script and what the actors are looking for.

Many times, an actor or actress may only need a small role, something that is necessary for the story, but large enough to be entertaining.

Other times, the actor or actress will require the entire backcast for the video production.

The producers will seek out these individuals to audition for the different roles.

Once the video production is complete, the video crew and actors must go back into the real world to complete some final touches.

Post-Pro productions may be lengthy, depending on each particular production company’s standards.

Some companies require extended hours of shooting, while others will allow for a longer period of time.

How Long Does Pre Production Last?

The amount of time spent shooting a video or film may vary widely.

What Is Pre-Production – Wrapping Up

Production companies are very specific about their style of working, and they are not in the business of “creating” movies.

When a commercial production is completed, the client has a completed product, with all of the necessary assets required by the client to market their product.

There is a big difference between pre-production and post-production.

The commercial production team is focused on completing their vision, while the post-product crew must ensure that the vision of the client is achieved.

What Is a Prequel? Definition, Examples & Tutorials

How To Become A Casting Director: Step-By-Step Guide

On Set: How to Dress To Impress On Set Or Whilst Meeting Clients

4 Must Haves For Filmmaking Companies To Get Started

What Is a Gaffer? Roles, Responsibilities & How To Become A Gaffer