How To Write a Short Film Effectively, With Examples & Tutorials

The definition of a short film varies depending on who you ask.

There are some films that have been released in theaters and been nominated for Academy Awards, but they’re only 10 minutes long.

What Is a Short Film?

A short film typically runs between 1 and 20 minutes long, while a feature-length film could run anywhere from 90 minutes up to 2 hours or more.

The purpose of the short film is to entertain and provoke thought, rather than make money at the box office as larger films do.

Short films are a great way to get your name out there and to make some money! They generally run anywhere from 5-30 minutes in length but can be as long as an hour.

The most popular short film genres include comedy, drama, horror, and romance.

Short films are also good for people who want to learn about filmmaking or those who want to become filmmakers themselves. 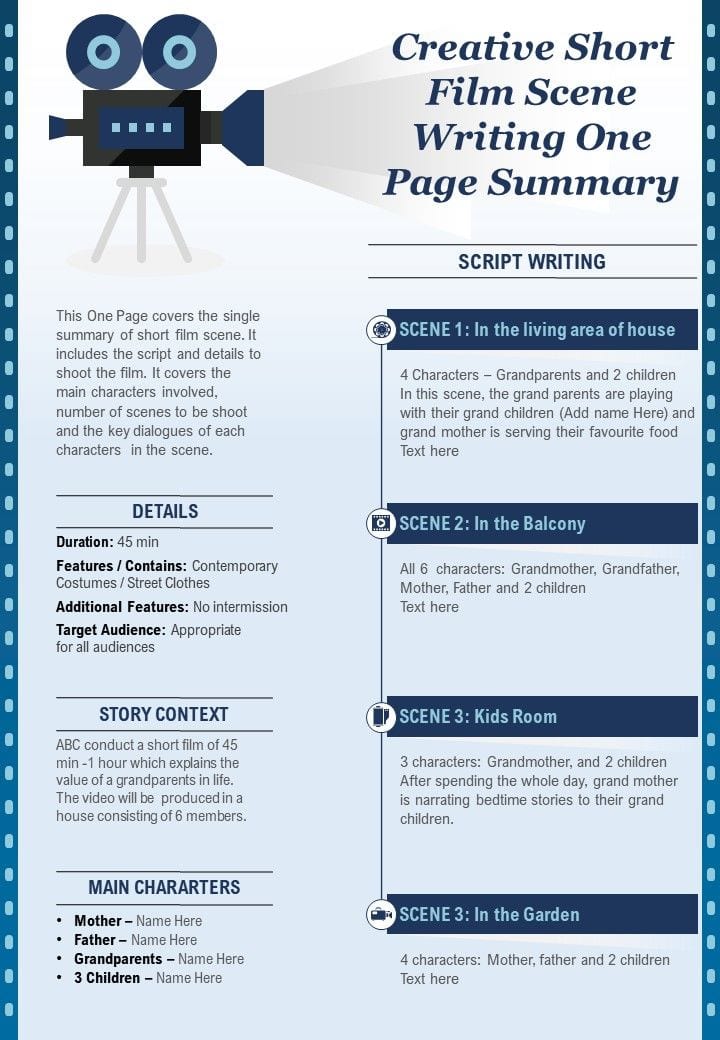 How Long Is A Short Film

I’ve noticed that the word “short” is being thrown around a lot in film communities. It’s important to know what it means before you start using it incorrectly or, worse, not at all.

Movies are classified as either short films or feature films by their runtime, which is determined by the Academy of Motion Picture Arts and Sciences (AMPAS).

Now that we have an understanding of how long movies can be categorized as short films, let’s explore some great titles that fall under this category.

Before Writing Your Short Film:

Have you ever wanted to write a screenplay or short film but don’t know where to start?

The first step is figuring out what type of movie you want to make.

Do you want your work to be more on the comedic side or dramatic? Is this for children or adults only? Once you figure out that aspect, then it’s time for some brainstorming.

Once you have an idea of what your movie will be about and who it will appeal to, then it’s time for the good stuff: writing!

If this is your first screenplay, I recommend starting with something simple like a one-act play.

We know that the world of film has changed drastically over the years.

A lot of people can now make their own short films and upload them to various sites for others to watch.

It’s a great way for budding filmmakers, who have limited resources and time, to create something without having to go through all the steps it would take if they were making an actual movie.

One thing that we often see in these shorts is how many different styles there are out there – everything from comedy sketches, horror movies, science fiction pieces…

you name it! And while some may be more popular than others, what matters most is just getting your work out there for people to enjoy.

How To Write A Short Film

Writing a short film is not as easy as it may seem. It can be tough to create an engaging story in such a small amount of time, but with these tips, you will be able to do so seamlessly.

Whether you’re an amateur or professional, these tips will help you create a compelling story in no time!

Short films offer a more accessible way for filmmakers to make their ideas come alive without the need for millions of dollars in funding or popular actors.

Short films are quick, concise, and often times more experimental than their feature film counterparts. With so many short films out there, it can be difficult to find the right one for you.

One of the most important things when writing a script is planning ahead. You should have an idea of what your story is about and how it ends before beginning to write the script.

It’s also helpful to know who your characters are and what they represent in order to create more depth and meaning in your storyline.

Once you have planned out all these details, then it’s time to start writing!

Make sure that everything flows as smoothly as possible while still keeping the reader engaged by using dialogue or action words throughout the scene descriptions instead of just describing them with adjectives. 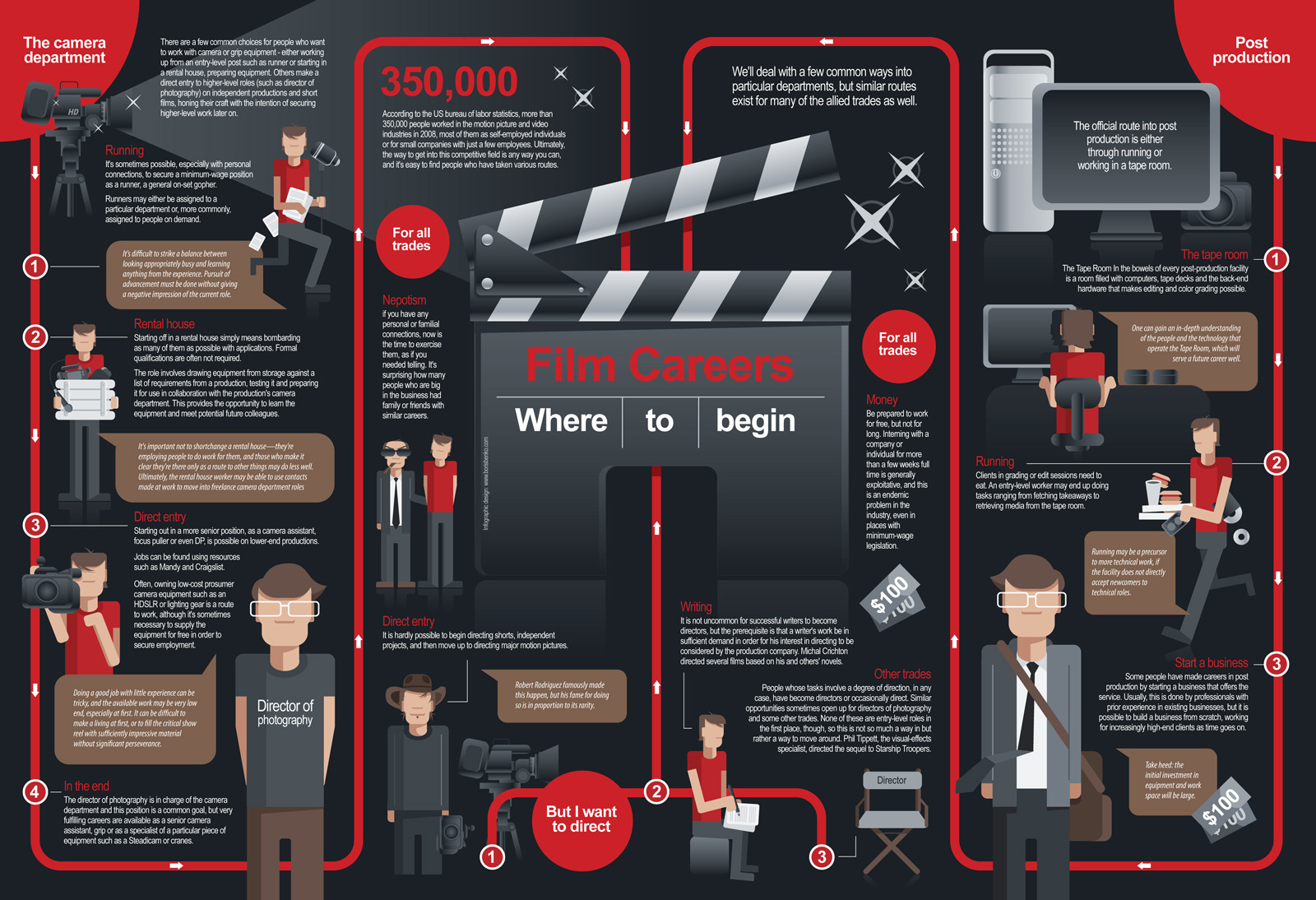 It’s always daunting to come up with a story idea for any genre.

Sometimes it takes days or weeks of thinking before you finally have that ‘aha’ moment, and then the story just flows out like water from an open tap.

Other times, you’re trying so hard to come up with something that your head starts hurting, but no ideas will form in your mind.

You may be asking yourself “how do I find inspiration?”

Well, there are many ways:

How To Write A Script For A Short Film

A short script is a great way to start writing. It’s not as daunting as tackling a screenplay, and it can be done in just one sitting.

There are two types of scripts: the treatment and the shooting script.

The first step is to outline your ideas with storyboards or drawings that illustrate each scene, this will help you identify what needs to happen in order for the story to work.

Next, write up an opening and closing paragraph for your short film – these paragraphs should include all of the dialogue from the characters who appear on screen during those scenes.

The next step is writing individual lines for each character in your film but before starting make sure there’s enough space between them on paper so you can read through easily.

How To Come Up With Story Ideas

The best way to come up with story ideas is by following the news and by paying attention to what’s happening in your own life.

You can also brainstorm ideas with friends. The most important thing about coming up with a story idea is that it excites you- if you’re not excited about the idea, chances are others won’t be either.

The Best Short Films For Every Filmmaker

The best short films for every filmmaker.

I’ve watched a lot of short movies in my life and I can honestly say that there’s not one that is perfect enough to be called the “best”.

But, because I love filmmaking so much, I decided to create this list of shorts that are different from each other but still great in their own way.

So if you’re looking for something new (or just want to see some awesome shorts), then you’ll definitely enjoy these!

This fantastic short film by Spike Jonze also happens to be a bit of a corporate advert for Absolut Vodka, but the quality, thoughtfulness, and execution of the film sort of erase any ill will that may generate.

This film by Giacomo Cimini takes place both in a virtual world and the real world and uses a father and son relationship to illustrate an already tenuous relationship with society and the outside world.

This short film is a recent arrival to the festival circuit, having screened at least thirty festivals such as the Academy Awards qualifying Hollyshorts, and was screened by the Screen Actors Guild Foundation.

Charlie Chaplin was one of the first directors to realize what a gold mine Dogs and Children would be on film, or maybe he is to blame. The film shows how an out-of-work man, harassed woman, and stray dog all have their vulnerabilities and reasons for living.

What Is a Plot Device? Definitions and Examples For This Writing Technique

How To Start A Script The Right Way: A Complete Guide

How To Become A Writer: The Definitive Guide

What Is Dystopian Fiction? Definition, Examples & How To Create It