Today’s post is an article by Gio Orellana, who wrote this piece for Filmmaking Lifestyle about filmmaking partners. As always with the guest articles that I post here, Gio’s thoughts and views are his and his alone.

Take it away, Gio!

I’ve had my fair share experience with partners, and I will admit that I have this fatal flaw that yearns to collaborate with people. Sometimes it comes back to bite me in the ass — especially when it comes to partners.

I am by no means a perfect partner myself. There are always exceptions to the rules but these are the ones I hold myself by, and you’re welcome to agree or disagree.

In no particular oder:

1. Not All Partners Are Created Equal

Not everyone has lived the same life you have, nor the same upbringing or attended the same schools.

In mind and in body, they’re going to be different and you have to accept that. They will have different ways of thinking and looking at things. They may be religious, atheist, or agnostic.

Nor will they have the same skill set —  you may be better than them in certain areas, or you may be worse. There will be times when they must listen to you, and you will have to listen to them because they have more experience in a particular subject.

My point is more often than not, there will be superior and inferior partner(s). A pimp and ho, boss and employee, and there’s no real way around it.  Sometimes, you’re just going to have to bend over and take it. Or, you’ll have to bulldoze over your partners and possibly ruin the partnership.

A problem will come up where two partners will think they’re right and a decision can’t be made until one bends over. Or there is a compromise. Or one is proven wrong.

Sometimes, both partners cannot be proven wrong, and sometimes the compromise is not possible, so someone has to bend over.

That’s where resentment begins. You have been warned. 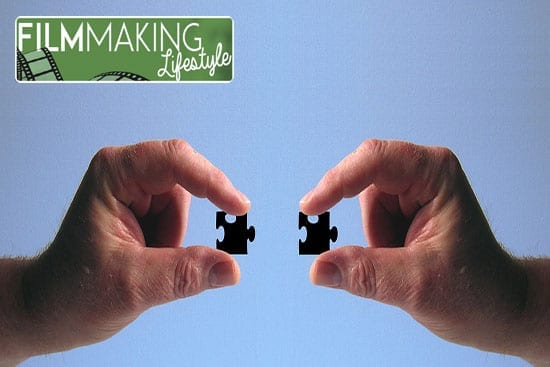 2. Not Cut Out To Run A Company

Because of my flaw of collaboration, I’ve run into people that I’ve invited to work within a partnership and start a company.

For example, at one time, I wanted to start a website development company with bigger ideas down the road. I found a fellow USC alum and we started planning our web dev business. We got a website up and running and everything.

However, when we started to get our first few clients, one client turned out to be crazy and he wasn’t able to finish the website until 6 months later. He hated it and decided he didn’t want to do the company anymore and so moved on.

At the first set of difficulty, he didn’t want to run a company anymore, and I couldn’t do it without him because I was running my video company at the same time. So the company died then and there.

There was another partner that I had in the past that was great to work with, but he was horrible to work for.

What do I mean?

If I took the role of boss in a project, he was a great soldier, taking orders and delivering them.

However, when he was commander, he sucked at giving orders and keeping his project running smoothly.

Basically, he sucked as a leader, but he was great as a soldier. Some people are just meant to be soldiers.

3. They Can Get Distracted

This turned out to be one of my downfalls. I got distracted from work by a girl. I cannot believe how much time I wasted hanging out with a woman that I didn’t even like very much – she was a nightmare (she was hot though).

I averaged about 15 hours a week with her, time I could have spent being more productive and growing my business.

More than likely, your partners may be distracted by other things like parties, drugs, or donkey shows – so keep that in mind as well.

4. You are MARRIED to Them

If you get in a legally binding contract with them, it will be very difficult to get a divorce. All the hours spent building the company will be gone if you have to split up the company.

On that note, here’s a great video by Evan Carmichael that discusses ways that you can motivate your business partners:

5. They Are Your Equals…In Power

I’m assuming you want a partner because you want to work with them, you respect them and their talents and you want to start a company together. More than likely it’ll be equal split in voting/stock power.

You will find out that at some point you know you’re 100% right and he’s 100% wrong, but you can’t prove it. He wants to waste man hours and resources on a project you don’t really want to do.

You express your hesitation but he’s able to convince you that this will work, even though deep down you know it wont.

So what do you do?

Yes, yes you do. I certainly did…many, many times.

6. You Will HATE Them

You will find this out eventually. You’ll know it when you hate them because you’ll find yourself talking behind their back and hating every little thing they do – like a married couple.

7. They Will Feel Entitled

If you land a project all by your lonesome, and there are positions to be filled that require a certain skill set, your partner will feel entitled to a high position even if he’s not qualified to do it. And sometimes you know, you just know that he sucks at it.

But what do you do? He’s your partner, and he’s equal in power. So you give it to him, and he proves you right, unfortunately.

This happened to me, and I wish I had the courage then to tell my partner “no, you don’t deserve this position because you’re not good at it,” and the project could have been better for it.

Remember, to get the best out of a project, you have to be willing to compromise your relationship with a partner.

8. They May Tarnish Your Image

A partner we had in the past was horrible to work for, and when he started working with friends, clients and connections, I started getting complaints about him.

He would take ages to finish projects, he would run film projects in a disordered way, and he would constantly lie about updates and how things were going.

He was ruining my company’s image – people started not wanting to work with my company because he was involved.

Before he could make any further damage, he was fired from a project and was shortly no longer part of the company.

9. They Are Too General

If you choose your partner because he’s a good friend of yours, more than likely, he may be a generalist.

Also, more than likely, you may be a generalist as well. So now, it’s two generalists working in the same company – that’s not a really effective partnership. Both of you are mediocre in many areas.

Even if you were a specialist and he was a generalist, that’s still not an effective partnership. 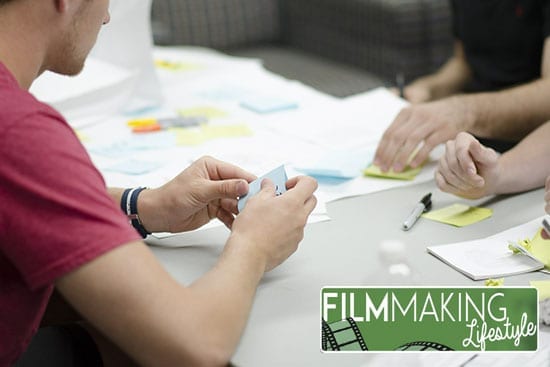 10. They Are Too Specific

This is something I didn’t realize until very later on but sometimes your partner may be a super specialist. He may only be good at a few things, and god forbid only one thing.

For example, he sucks at cold calling, negotiating, project management, and almost everything else under the sun,

It’s almost like he’s a magician putting a spell on everyone. He can put people at ease, and he can talk to anyone and make them like him. It’s his natural talent, and it’s an important action that is necessary in the process of business. However, it’s not something that necessarily makes a good partner.

His talent is so specific, he’s only useful at one moment in the business process, and it may be weeks or months before that moment comes.

Therefore, make sure your potential partner is good in one area vs. just good at one action.

SO WHEN SHOULD YOU HAVE A PARTNER?

I can only think of 3 real reasons:

They are your soul mate. They complete you and compliment your talents.

For example, he’s the Clyde to your Bonnie, the Jobs to your Wozniak, the Cher to your Sonny, the Luigi to your Mario, the Batman to your Robin.

You get the point.

He must seriously be the only way you’ll be successful with this company. The successful partnerships should be where the weaknesses of one partner are the strengths of the other, and vice versa.

Jobs couldn’t have built the early Apple computers without Wozniak. Sergey Brin and Larry Page couldn’t have made Google without their partnership.

If the sum of the whole parts is greater than the input, then that’s called synergy.

If you and your parnter(s) get together and make music happen that can move hearts and minds, then you have something that must become a company.

There must be total and complete sync between all players that creates harmony.

3. They Got The GOODS

The last reason should be that they have money or assets that you need. That’s it. Just make sure you’re in dying need of their assets, and not because it’s easy and there for the taking – you may regret it later.

This article was written by Giordano Orellana of Giordany.com.

He’s a USC school of cinematic arts alum from 2009. He started his own production company called Anchorbolt Studios and directed his first feature this year. From Gio: “I want to share as much wisdom as I can so you don’t make the same dumb ass mistakes I made.”

5 Branding Tips: How Do You Increase the Awareness of Your Brand?

Filming at Night: Ignite Your Spark For Night Filming

The Best of Filmmaking & Video Production May 2016

How To Find Production Crew On Facebook: The Definitive Guide

How To Decrease Entertainment Insurance Liabilities On Set: Complete Guide

Production Hacks For 2nd ADs On A Film Set