Aspiring filmmakers will find that the world of filmmaking is a complicated one. The film industry changes with each passing year, and there are many aspects to consider when you’re trying to figure out how to get into filmmaking.

Beginners might think that filmmaking is only finding a few good actors and coming up with a somewhat interesting storyline for the film.

If you want your voice heard in this ever-changing environment, read on for the story of what it takes!

First and foremost, you need to understand that filmmaking is more than just writing a script, deciding on the cast, and handing it over to someone else to supervise the progress.

That would be script writing only, which is by the way a great career path for creative souls who would like to see their stories on screen but can’t handle the process of shooting scenes and know nothing about filmmaking technology and how it works to make films alive.

The creative aspect of the film industry cannot be understated, but without some organization and dedication, you’ll find that your dream profession doesn’t care about you or your creative vision if you can’t professionally make it live from the first sentence of the script to the finished product broadcasted in cinemas.

There are many other aspects than creativity that are needed to be a filmmaker. Let us check what skills are necessary for prospective filmmakers.

1. Knowledge About The Technology

The special effects technology is expanding and evolving each year, or even every month, and being up-to-date with that makes it possible to create marvelous films before any other filmmaker does, and the technology becomes mainstream.

Special effects are also all about creatively using existing tech solutions in a totally novel way, that no one has come up with before. This can be the difference between an also-ran film and something really special that catches the eyes of both distributors and an audience.

Knowing how the camera works, how it catches the light, and where to place the camera is not only a job for the cinematographer but the film director should also be aware of the aspects of recording technology itself and then digital technology of adding special effects.

Being aware of the possibilities but also limitations of cinematography, the director knows what can be done, and what is impossible to show on screen.

In this way, he will not come up with an unrealistic vision that cannot be recorded with existing solutions.

2. Understanding The Business Side Of Film

It is a fact that there are almost no stories that have not been influenced by existing art, and it is harder to come up with an engaging film each year.

But on the other hand, even more new people want to tell their dramatic narratives because everyone has an idea within them. And there are still many stories to tell.

As a result, if you’re a filmmaker, it’s for you to decide which story has the potential to be watched and create revenue.

Making films is expensive, and filmmakers can’t let themselves create losses with their production company. If the story has been already shown in cinemas, it requires an outstanding new angle to be accepted by distributors and the audience themselves.

The same with creating film versions of novels. Sometimes readers have their own imagination and our creation might not fit into their previous image of the characters, storyline, and cinematography.

That is why filmmakers should ask people frequently about their perception of upcoming films and what like would like to see in cinema in the future.

Without the audience, cinema will be dead, so indeed it is a business that needs to be flexible and show what people want to see.

Some filmmakers are so talented that they can create masterpieces that we love, and we had never known we needed them. 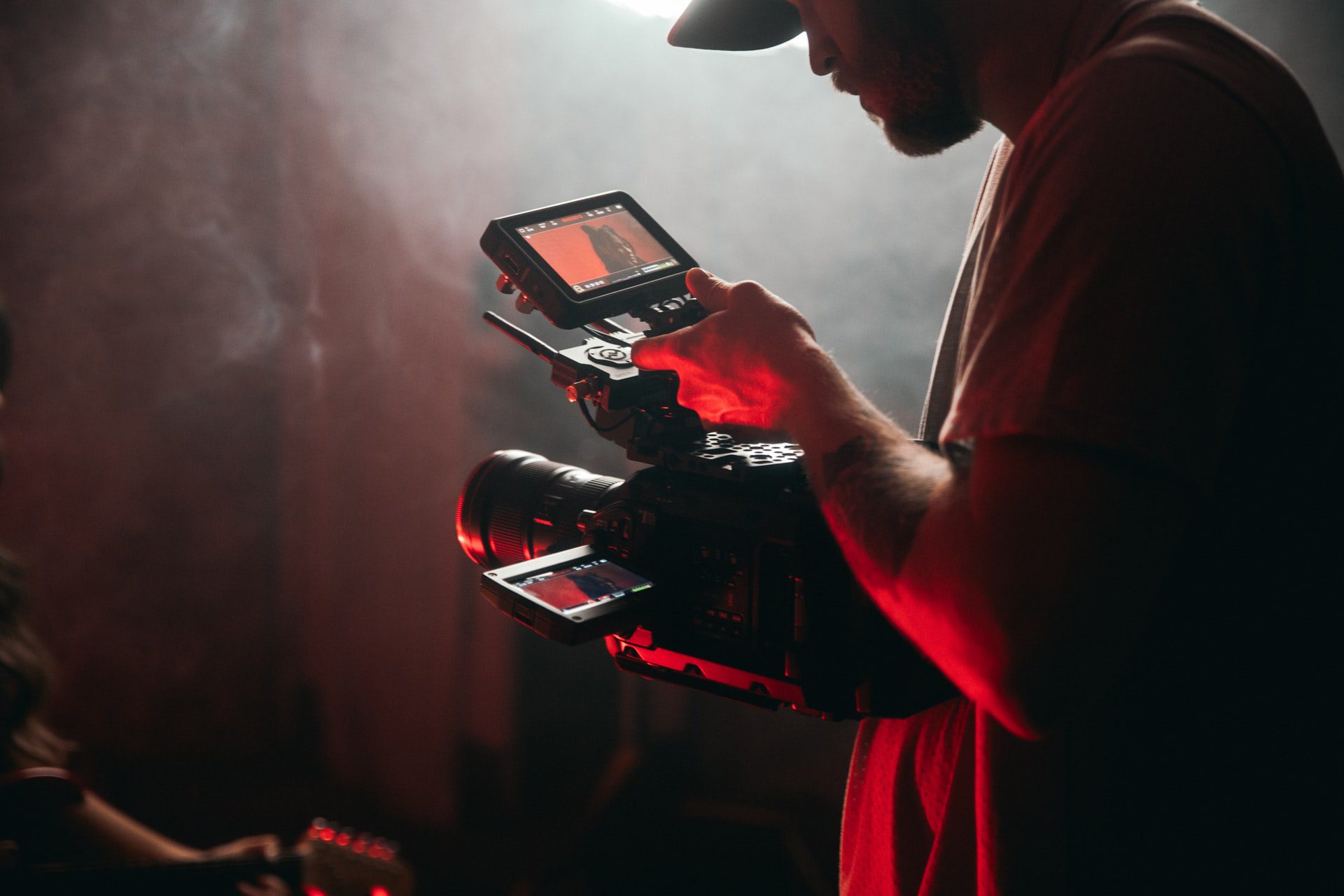 Sometimes the director had a unique vision, unlimited budget, the best experts in each field of film creation and still the film comes out as a box office failure. Or, worse, doesn’t see the light of day!

If the inexperienced director wanted to create a masterpiece as their first film and overdo it, they are most likely to meet with failure.

4. Working With Other People

The filmmaker is not alone while the film is created. First, they need to be able to express their vision to actors for them to understand how should they play their roles.

Even the best actor can lose their potential with the wrong directions from their director.

On the other hand, there are filmmakers who can shape perfect actors from people with little to no experience in acting.

There are stories of directors who spotted a perfect-looking person for their role on the street and asked them to join the crew.

Next, we have cinematographers who should be able to create great angles and perspectives for each scene, catch the light, and zoom in or out in proper moments to create tension.

It’s a great path for photographers who would like to deal with moving images and take photos in motion. The director should lead the cameramen and listen to what they see in the camera’s eye.

Then, the sound team is responsible for the film soundtrack and this aspect is equally important as the story itself, sometimes because exceptional music engraves in the minds of the viewers and can be remembered longer than the story itself.

The filmmaker is the one who chooses the music composers that will work on the music for the film.

We can’t forget about costume makers, special effects teams, equipment teams, and all the other various technicians.

Without all of these experts, it would be impossible to create a film.

A film director is required to work and understand the vision of each team, make this all harmonically connected, and then supervise the process of making it happen on screen.

Writers are the masterminds behind the vision of the film.

They take care of the storyline and how to connect all parts together in one unit which will bring into life the vision of the film director.

Once the screenplay is finished, a film director can take it and work with it to make a final product that will be watched by the audience. And, in many cases, the director is the writer of the movie themselves.

The same script can be shown in totally different ways by each director because they create their own style, and they perceive emotions in different ways which results in leading their actors to show the same emotion in a unique way.

There are many genres to choose from:

If you look closer at each great film director’s work, you will see that they mainly stick to one or two genres.

Of course, there are directors who jump from genre to genre and can excel in each and everyone they try, but it is not that common.

6. Not Afraid Of Problematic Themes

There are almost no film productions without problematic themes used such as violence, death, drug abuse, gambling addiction, suicide, and sex. There is nothing wrong, of course, with creating films that include such topics.

To be honest, storytelling that involves these issues and showing them directly and dynamically on the screen can be eye-opening for many people. It depends on the director’s vision and how they present a theme.

For example, gambling is not always a negative theme.

It can be shown positively with highly intelligent people winning money in casinos with their skill, or the owner of online casinos trying to ensure people that his platform is only for entertainment and there is nothing wrong with allowing people to use such services in real life like you can in Casino LV BET.

Get Into Filmmaking – Wrap Up

Now you can see the wide array of skills the filmmaker needs to have, but the most important thing is to have a passion for filmmaking and art in general. Without devotion, no ambitious goal can be achieved, no matter how good you are at it.

There is nothing more satisfying than creating elements of art with your own hands and seeing people love them. There are many directors that climbed to the top and won prestigious prizes such as Oscars or Grammys.

In addition, filmmaking can be a source of living as long as it is engaging and interesting. People pay for watching films in cinemas and streaming platforms pay license fees for each film they have in their library.

Many directors earn from their creations even after many years since the premiere.

Some films are beloved and enter the canon of great cinema, with loyal fandom worldwide willing to pay merch and all the additional items we’ve come to know and love.

In conclusion, the only way to get into filmmaking is by getting your hands dirty by making stuff yourself or writing screenplays on your own.

You need to study a lot to be knowledgeable in many fields such as filmmaking technology, sound technology, cinematography, and many more aspects that are the building blocks of every film.

If you’re a dreamer with a vision and a story to tell, come join us in this amazing career!

What Is Sound Design For Film? Definition & Examples Of This Important Film Production Process

What Is A Film Production Calendar? Definition & Examples

What Are The Stages Of Dramatic Irony: Everything You Need To Know

What Is Time Lapse? Deep Dive Into The Process

Where Is Sundance Film Festival? What You Need To Know About Sundance