Before Lights, Camera … Action – The Ultimate Guide to Film Pre-Production

So you’re going to make a film—that’s great—few people would take on that kind of challenge!

Even with the simplest of concepts, film productions require a substantial amount of money, time, and people.

But don’t worry. Detail-oriented planning will help you glide through the process from start to finish.

Because getting started can be quite overwhelming, we go into detail here on step one. Read on and take some notes before you get your cameras rolling.

You may or may not already have one, but to begin, you need an idea for the story. The concept may come from a personal experience of yours or someone you know, a conversation you overheard during your commute or your own imagination.

You can have fellow creators brainstorm and develop the story with you until you can summarize the plot in only three sentences – the beginning, the middle, and the end – short but catchy and concise that you can use for marketing or fund sourcing.

Scriptwriting may also be done in the process of developing your story. The scripts are more or less finalized before productions even begin as they are key references for set designs and locations, wardrobe and styling, and even casting calls or auditions. 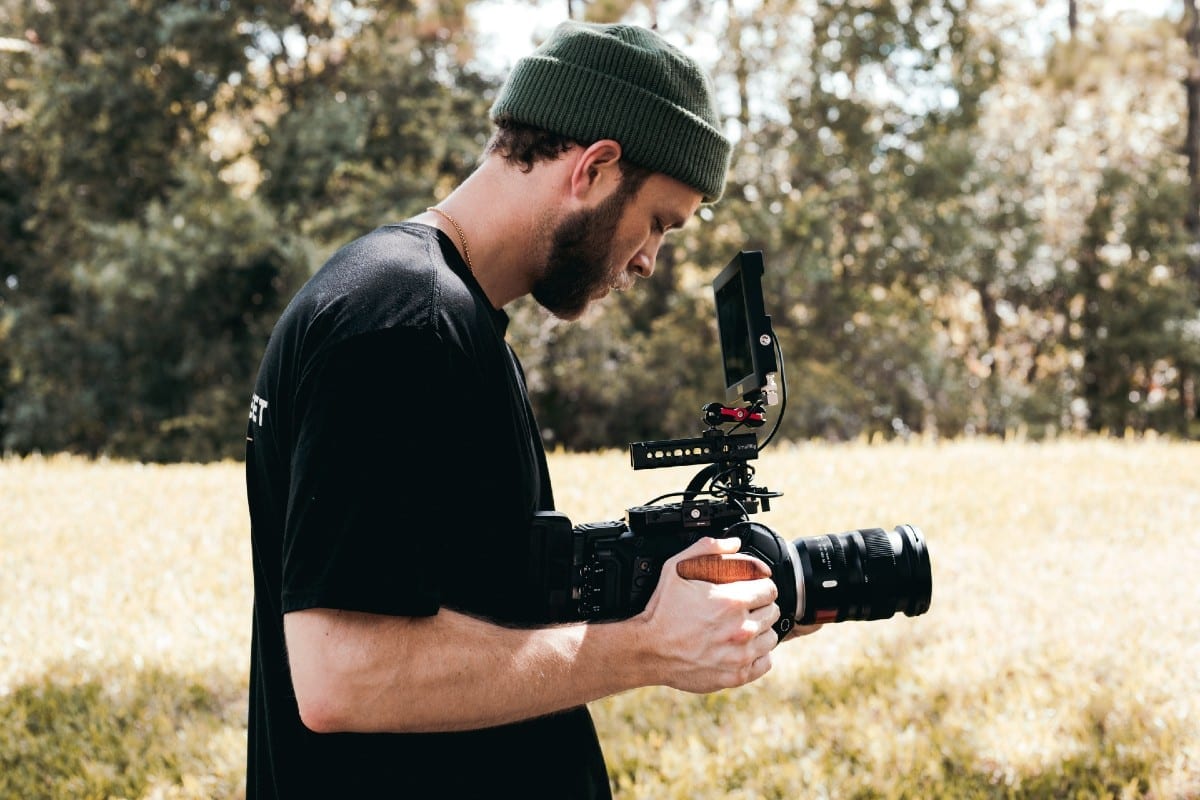 Here you decide how big your production is going to be. Remember that even the smallest of actions will require a corresponding cost, so make sure that all projected expenses have allocations from production to distribution.

Remember as well that not every penny has to come out of your pocket. You can scout for film grants or production companies to fund your project; many filmmakers today also use online platforms that allow patrons to donate.

Getting the right people to work with you is crucial for your project to come to life. The first people to be in your team should be the writer, the producer, and the director.

Once these are set, you can move on to hiring heads for the following teams:

The heads of these departments can take care of hiring those who join their team.

Films are a form of visual arts, so it should be a no-brainer that the story must appeal to the audience’s eyes.

The director and the camera head (usually called the director of photography) will work heavily on the shot list and storyboard.

The shot list maps out everything that needs to be captured in a scene, such as shot size, angle, and movement: the storyboard, on the other hand, is a set of sketches that depict the significant changes of action in a series of shots.

These two must be created in tandem to establish a sense of direction and guide the crew.

This stage can be a tedious process, but thankfully there are shot lists and storyboarding templates that are downloadable and free for use here at Filmmaking Lifestyle to help put your mind at ease and keep your production on track. 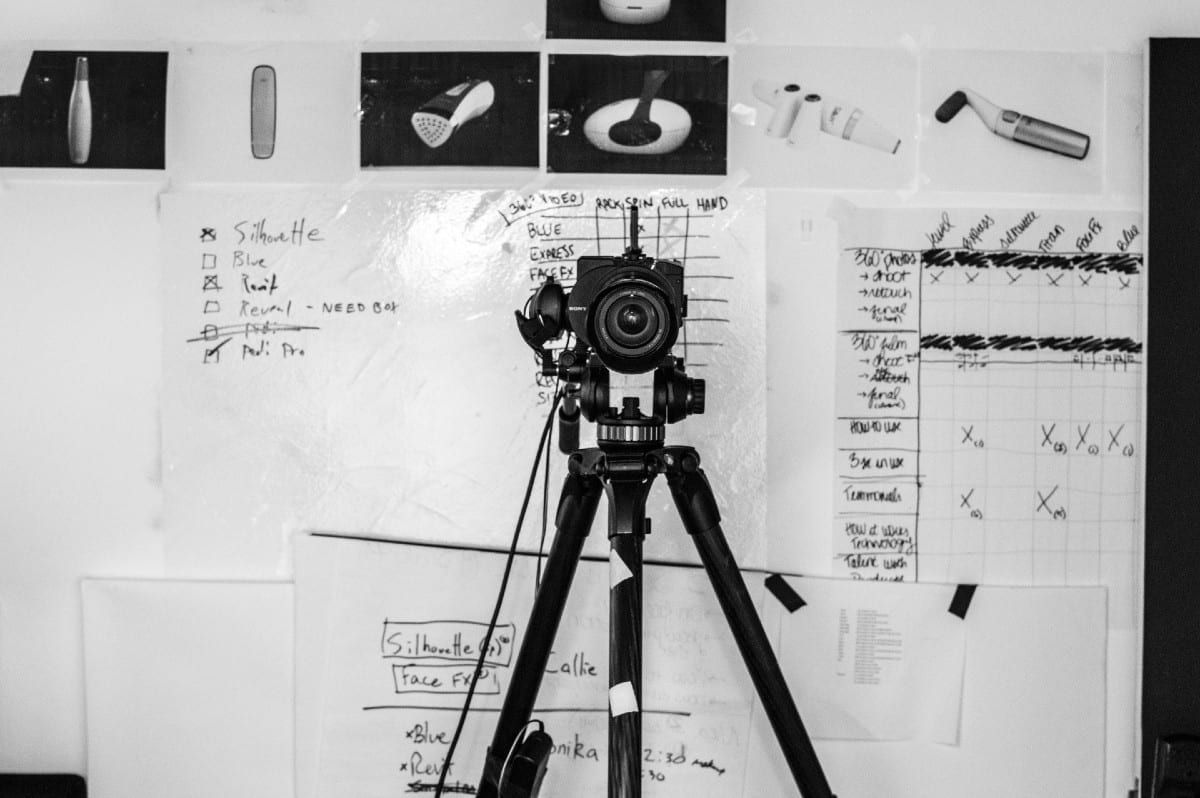 It is a critical task to make a set come to life, from page to screen. Finding and securing the place where you will shoot your film is as crucial as all the other aspects.

Imagine what your shot list looks like and visualize how your crew will shoot each scene. Take note of the background sounds.

Observe the ambient light in your chosen location. If it’s outdoors, you’ll have to check it out at different times of the day to see if the light and sound change.

For bigger crews or for those who have a lot of equipment, think of the logistics of whether you’ll be able to take your crew members along with your gears and equipment through the use of production vehicles.

It’s best to take a camera when scouting for a location so you’ll be able to take photos and check if the set designs you have in mind will match the natural terrain and atmosphere of your location.

Procuring the list of all your gear and equipment earlier is important before you can even start the entire project.

This will be an evolving process since there will be times when you’ll have to place a few items on hold because of budget constraints or equipment availability.

To ensure the quality of all your gears and to know that it can deliver the shots that your team had in mind, ask your tech scout before jumping the gun and buying everything. Your tech scout will know exactly what you’ll need for the crew.

Give them access to the location you have in mind, so they’ll know which equipment they’ll need to achieve the shots in the shot list.

They’ll look at your shot list as a walk-through of the film project, and this will tell them exactly where the camera should be, what other details are essential to take note of, and what the actors should be doing in a certain scene.

Getting the right people for the roles in your story could make or break your film production.

The Casting Directors will be in charge of casting, and they often have a keen eye for finding actors and actresses that perfectly match the director’s specifications.

They’ll be in charge of the preliminary selection, which the director will then veto if he or she will also be his final choice.

It’s one of the most tedious and time-consuming parts of pre-production to ensure that each actor and actress can deliver the role with the right flair and finesse.

Once you’ve identified all cast members, schedule a table read. This will bring all actors and actresses together to read the entire script.

A director will often spend hours and weeks during the pre-production for table reads and one-on-one rehearsals to ensure the talent will nail the role of their performances the way they envision it in the script.

Now that you know where to begin for the pre-production process, you can now move on to the actual production.

Once you’ve set up the pre-production properly, your actual production can go more smoothly, and you’ll encounter fewer technical glitches along the way.

Difference Between Director and Producer in Film Production: A Complete Guide

How To Become A Director: Ultimate Guide To Becoming A Film Director

On Set: How to Dress To Impress On Set Or Whilst Meeting Clients

What Is Production Value? Definition & Examples

What Film Production Documents Do You Need: Essential Guide [With Examples]