With the rise of social media, Twitter is one of the most popular platforms to share videos. According to a study done by Vimeo and Tubular Labs, there has been an increase in video views on Twitter from 2016-2017.

The majority of these videos are short clips that are less than 30 seconds long.

This trend is expected to continue growing as new technologies such as live streaming become more common.

Twitter videos are hugely popular. If you need some inspiration for your next video, there’s no shortage of ideas to draw from.

You could re-watch the funniest moments in history with our favorite comedians, or find out what it’s like to spend a day at Google by following their YouTube channel. The possibilities are endless!

If you are looking to upload a video on Twitter, it must be no longer than 10 seconds and the file size can’t exceed 140MB.

Twitter has always been a platform that is known for its 140 character limit and lack of video support.

However, on December 12th, 2016 Twitter announced the new feature to allow users to upload videos from their camera roll. 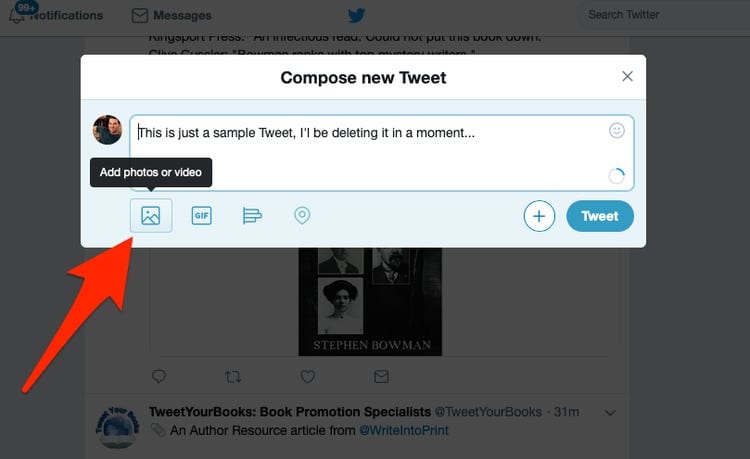 Then select the video you want to tweet and hit upload!

This is just one way that you can share or promote your work through social media. 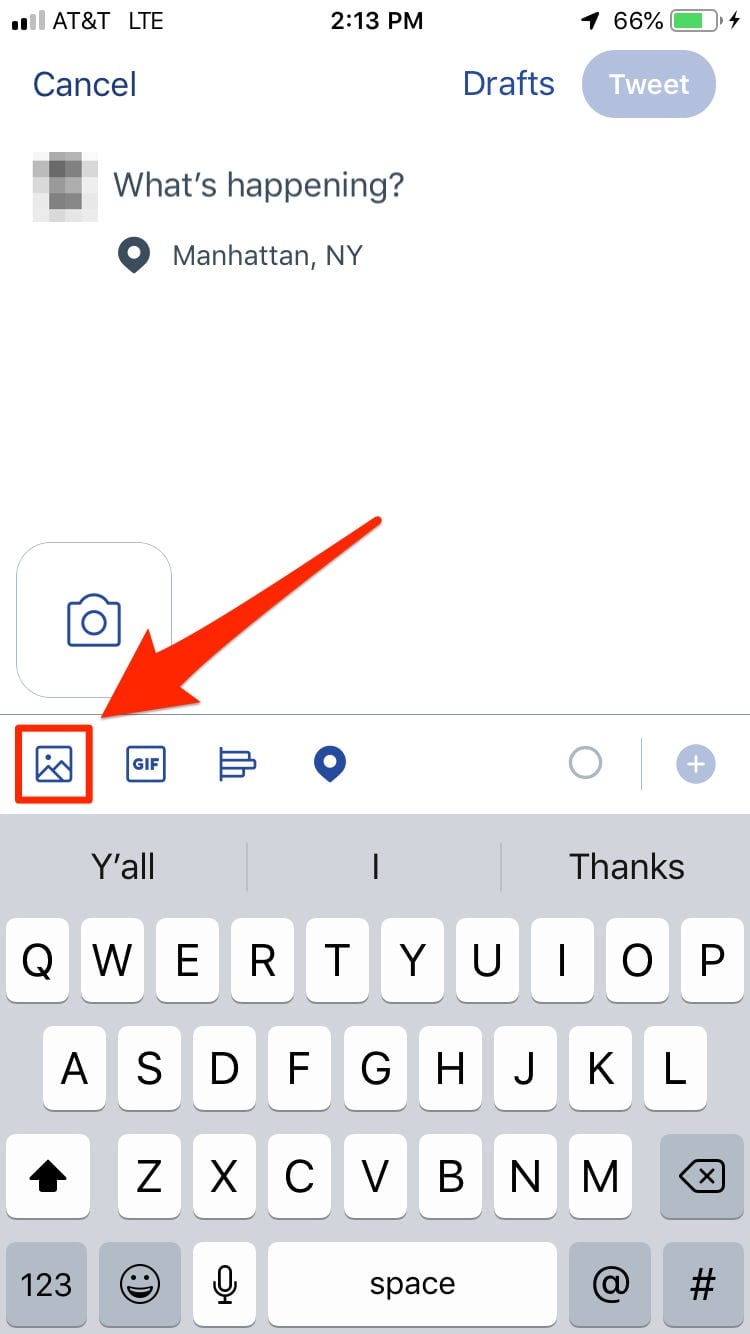 Once you have signed up for an account on Twitter, open your profile page and click the “upload” button in the lower right-hand corner of the screen.

This will take you through a few steps where you can add tags (keywords) and preview your video before it goes live on Twitter!

If you want to embed a youtube video in your tweet, it’s as easy as copy and paste.

Next, copy the URL of your desired video from where you are watching it (typically this is done by right-clicking).

Finally, go back to Twitter and click “Add Media.” Paste in the link you copied earlier and then choose whether or not you want it to autoplay when someone clicks on it.

In the world of social media, it’s important to stand out from the crowd. In order to do so, you need to make your Twitter video thumbnail eye-catching and relevant.

The purpose of a thumbnail is not only to promote your video but also to increase watch time.

This means that you should find an image that will entice users into watching the full video as opposed to just scrolling right past it on their timeline.

If you’re like me, you’ve been frustrated with the Twitter video thumbnail. It seems to be a never-ending process of tweaking and trying to find something that looks good enough for your needs.

You spend hours on Photoshop trying different crops and filters only to have them rejected by Twitter. Maybe I’m too picky but there has got to be an easier way!

A Twitter video thumbnail is a very important part of the tweet experience. The thumbnail should be eye-catching and visually appealing, but also not too large as to take up too much space on the screen.

The first thing people will see when they click into your tweet is your video thumbnail. If you have an engaging or interesting video that fits within these guidelines, then it’s worth giving this simple tip a try!

How To Delete A Twitter Video From Your Profile?

Did you post a video on Twitter and now you want to delete it? If so, this guide will tell you how to remove it from your profile.

A video is a great way to share your thoughts, ideas, or opinions. If you are using Twitter to create and publish videos, it’s important to know how to delete a video from your profile.

It’s always a good idea to have all of your video files optimized for social media. Twitter, in particular, has certain specs that you need to follow if you want your videos to show up on the platform.

We’ll explore what these are and how they can be achieved with some simple adjustments while converting your video files.

Can you post a video on Twitter? Yes, but not all videos are allowed. You can only post a video that is less than 10 minutes long and 140 seconds long.

You also need to create an unlisted YouTube link or convert it to MP4 format with the mobile app, Vine (which I will get into later).

The process of converting a video file for Twitter is very simple.

All you need to do is upload your video onto Youtube and then copy the URL at the top of the page.

There are many ways to schedule social media posts, but it is important that your company chooses the best tool for them.

To find out which one will work best for you, do a quick search of “best tools to schedule posts in” and see what comes up.

One of the most popular tools is Hootsuite because it offers a lot of features- including scheduling posts on Twitter with just a few clicks.

Hootsuite also lets you share content from other sites with ease and monitor different social networks at once so there’s no need to switch back and forth between tabs or apps.

It’s been a while since I’ve blogged about social media, but I have to say that Twitter has been the most interesting platform for me to use.

The steps are quite simple, you just need your video file saved and then go into “Settings” on Twitter where you’ll find an option for adding videos.

You can upload directly from your phone or computer if they’re connected by wifi or download it onto your phone before uploading.

If you’re looking for a way to increase your Twitter following, video posts might be the answer. Video posts are more interesting and engaging than pictures or text-only tweets.

Do you remember your very first tweet? What about the one where you tweeted something embarrassing and now regret it? Don’t worry, there’s a way to delete old tweets from Twitter.

Before you delete your old tweets, take a minute to think about what they say about you. Are there any statements that could harm your reputation?

Is there anything in them that is no longer relevant or true? Blogger Jessica J. Brown shares her own experience with the process of deleting old tweets and provides tips for how to make sure it’s done right.

Have you ever wanted to know how to record a video on Twitter? Well, this article will show you step-by-step how to do so.

In order for this process to work, it is important that your phone and computer are both connected to the internet.

It’s possible to record a video and tweet it in just seconds!

First, open Twitter on your phone and tap the camera icon at the bottom of your screen. Tap “Record” to start recording.

The app will automatically upload your video with a link for others to view later. You can also attach text or pictures before you share them out if you want!

Next, tap anywhere outside of the camera window when finished recording, then tap “Tweet.” That’s all there is to it!

How To Mute Keywords And Phrases On Twitter (And Avoid Spoilers)

You may have read about the latest season of Game of Thrones, but how do you avoid spoilers when scrolling through your Twitter feed?

We all know how frustrating it can be when we’re trying to avoid spoilers on Twitter and someone posts something that ruins the surprise.

We also know how annoying it is when we discover a new TV show or movie, only for people to make comments about what’s going to happen next.

It’s time to take control of your Twitter experience by muting keywords and phrases!

This is done by going into settings, selecting “Muted Words” and entering in anything you don’t want to see on your timeline. You can also add phrases if they are too long to use as keywords.

The next time someone tweets one of those words/phrases, it won’t show up in your feed at all even if someone else retweets them. So no more spoilers!

Best Blogging Platform: How To Choose The Top Blogging Tool in 2022 [Complete Guide]

Case Study: 8 LinkedIn Tactics That Really Worked For Us — and 5 That Didn’t

What Are The Clio Awards: Everything You Need To Know