Complete Guide To Stock Video: What Is It And Why You Need It

Anyone who is involved, or has a history, in film and video production (of any scale or on any budget) knows that whatever can go wrong will go wrong.

The intricacies innate in film production are many, and trying to get ahead of these issues is a daily battle of attrition.

The concept of stock video is, in part, a by-product of these issues. The very fact that the idea of stock video exists is directly down to the fact that it’s a way of dealing with some of the difficulties that can crop up on a shoot or in post-production.

What Is Stock Video?

Stock footage, or stock video, is primarily made of relatively short clips of material that tend to be relatively generic and can be spliced and added to individual productions to fit seamlessly into their existing material.

Commonly referred to as B-roll, this pre-filmed footage can come from a number of sources.

The stock footage industry has grown significantly in recent years in line with the continued emergence of user-generated content and an upsurge in productions made outside the recognized studio system.

The stock video can cover just about any genre or type. A good stock footage provider will have a database of literally thousands of clips (or differing lengths), where a filmmaker and/or editor will look to locate the perfect videos to cover their very specific needs.

As the stock footage industry has grown to match demand, so has the quality of content that the best providers offer for their subscribers.

There are two main business models out there in the stock footage industry:

The former providing much more value for your money than the latter due to the many usages a user will derive from the service.

There are many reasons you would look to use stock footage to support your existing productions, or indeed look to make an entire product from stock footage alone.

It’s perhaps more often used when putting together a short advert than for a feature or tv show length project.

There is a myriad of reasons a filmmaker or producer would look to use stock footage for their productions. Here are just a handful of common ones.

While it’s true that the overall budgets required to make and shoot a film or video project have decreased, due a great deal to the decrease in costs associated with the equipment needed, production costs are always higher than initially planned.

If there’s an opportunity to reduce those costs by using stock footage, they are often taken gleefully.

Even Hollywood isn’t averse to using stock videos in their productions to give you a sense of the quality of the service in this day and age.

An example of a cost-saving could be as follows:

You might be shooting entirely in the US, but part of your script requires sequences in a European city.

Now, most of your shots may be interiors, but you’ll want some footage to show your audience you’ve moved the narrative overseas.

In this instance, a production may look to use a short clip or montage of that relevant European city, cut between relevant scenes, to complete the narrative effectively.

This is clearly going to be far cheaper than sending any crew to shoot the material needed.

Often stock footage is used because the possibility of shooting what you need in your film or video is just next to, or literally, impossible.

For instance, you might be shooting a movie set during World War II, and rather than attempt to put together an entire sequence that gives the impression of Berlin in the early 1940s, and the resultant costs, you choose instead to use stock video footage that may come from archive material.

Alternatively, maybe your film project includes footage of an exotic or dangerous animal, and you simply can’t shoot footage of a great white shark in motion or a roaring lion after a kill.

This is where you would instinctively look to stock video to complete the effect.

Ease of use is a very frequent reason a filmmaker will look to use stock video footage as sometimes a punishing schedule simply means you can’t afford to naturally film a relevant sequence.

A great stock video library will offer you so many possibilities that they can, in fact, play a part in your storytelling.

In the editing process, you may alter your edit due to a great piece of stock footage that may suit the final cut more than how you’d previously planned it.

Perhaps a few years ago you might be put off by the possibility of using stock video for fear that the quality of the final product would negatively impact your own footage, but that’s not the case anymore.

The quality of the stock footage offered by the best providers is now very high indeed, and this is in part down to the demand leading to a sea change in the product that is offered, but it’s not just that.

The best stock video services now employ quality filmmakers who put together relevant scenes and footage to make the creative aspects and technical quality match films of the highest quality. 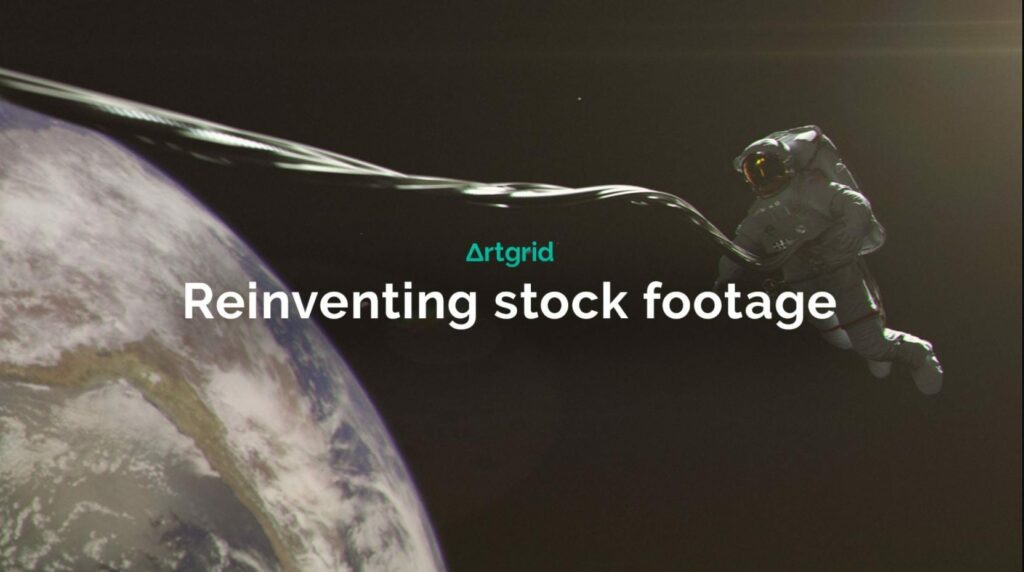 Types Of Stock Footage And Licensing

Stock footage types are numerous and usually relate to length and type.

Things like the outside of an office complex, a downtown street, or an airplane landing on a runway are often used in establishing shots, small snippets of footage that lead to the start of a narrative.

The categories of footage themselves, as offered by stock video providers, will cover a number of different types.

The way these are ordered alters significantly, but a good stock footage provider will make this aspect as intuitive as possible.

Another key aspect you should pay close attention to is licensing. While you are paying an upfront fee, either monthly or yearly, for the services of a stock footage provider, some will have different arrangements as it pertains to licensing.

In other words, you’ll need to make sure that you can use the relevant footage for commercial use or other relevant areas.

The best providers will have blanket licenses that mean you can use whatever footage you download for any purpose you desire.

Royalty-Free stock footage is a term that you’ll see repeated often as you shop around for a good provider.

In this context, ‘royalty-free’ simply refers to the one-off payment (or subscription payment) that secures you the license to use their video footage.

Why You Need Stock Video

Using stock footage for anyone who regularly produces film and video content is a no-brainer.

The benefits are clear to see, and the relevant costs are decidedly low compared to the alternatives.

For instance, if you are an advertising brand and it’s your company’s vision to produce content for your clients, then in all likelihood, a large portion of what you use in your final commercials will be made up from stock footage.

Similarly, suppose you shoot your own films, perhaps for your social channels.

In that case, once more, it’s just far less resource-intensive to go through a stock footage provider’s database of footage to find precisely what you were looking for, as filming some of what you need may just not be feasible.

The cost-effective nature of stock footage subscriptions makes the jump to using these services more regularly pretty much a zero-sum game. There is little to no risk in doing so.

Often the confluence of supply and demand will lead to a vast improvement in the relevant services concerned.

This is definitely the case when it comes to stock video footage. A market that was fairly ‘basic’, to be kind, or ‘amateurish’’ to be blunt, has been revolutionized in recent years.

This is primarily due to the fact that many of us became individual content producers of our own, and others found the path to becoming a filmmaker, of any scale, far easier to tread.

The mere fact that big-budget productions will seek to supplement their own efforts with the use of stock footage is proof positive that the system is working.

Stock footage providers have upped their game and brought in ever-improving levels of film quality (in every sense), and they’ve done so because they know that a great many users need their product.

Every day you are watching stock video footage, and you don’t even know you are doing so, and that’s a testament to how far the product has come.

The number of stock footage providers is now at something of a zenith, and this gives the user a great chance to seek out the best service around.

And the end result is a vast improvement in terms of production values, creative vision, and execution when it comes to film projects big and small.

In other words, everyone’s a winner.

What Does a Movie Director Do: Everything You Need To Know About Being A Film Director

What is Ethos Definition: How To Use Ethos To Create Powerful Commercials

Best Video Making Apps in 2022: 18 Apps To Improve Your Videography

How To Delete a Video On Vimeo: Our Complete Guide