What is a Treatment in Filmmaking? A Guide to Writing Film Treatments

So you’re an aspiring filmmaker. You just got this brilliant idea for a movie script that will blow everyone’s minds. This could even be the next Pulp Fiction or Forrest Gump!

You want to pitch it to an agent or an executive as soon as you can. Hold your horses! If you pitch your idea right now, that may be all it’ll ever be: an idea.

Ideas don’t necessarily translate into good movies. You could have a great idea and your movie might turn out terrible and vice versa.

In this article, I’ll define what a film treatment is with examples, why you need one and how to write one. By the time you’re done reading this article, you’ll be on your way to turning your ideas into an irresistible treatment and hopefully a sold script. 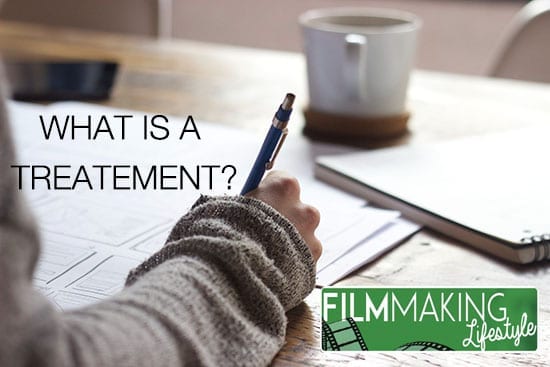 What is a treatment in filmmaking?

A film treatment is written in prose. You may be familiar with an outline. Well, it’s longer than an outline and more detailed.

It’s kind of like a short story, as it describes the events of the film as they would happen. Which means it’s written in the present tense and does not follow the format of a screenplay.

While a synopsis is generally one page, a film treatment can be from 3 to 30 pages, sometimes more. John August, the screenwriter behind Iron Man and Corpse Bride distinguishes between a synopsis and a treatment:

“An outline tends to be less prose-y and feature more bullet points, but there is no common consensus in Hollywood about what’s what.”

Though there’s no specific length, it is recommended to keep them brief and succinct. You don’t have to write dialogue or anything like that. It should just inform the reader about the movie’s plot, characters and the major events. 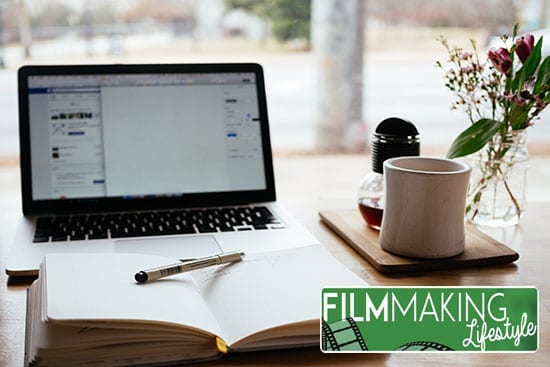 Why do you need a film treatment?

Film treatments aren’t always needed, but writing one can give you a helpful leg-up towards getting a film project produced or financed.

If writing for a major studio, you’ll usually have to present a treatment before writing a full screenplay. They are thought of as a part of the prewriting process.

If you want to pitch your film script idea you do it with a treatment. It informs the reader of what the film is about, its tone and the intention of the writer.

In a way, film treatments do 90% of the pitching job. You don’t need to pitch your ideas out loud and have to explain everything yourself since it’s already all there in the treatment. 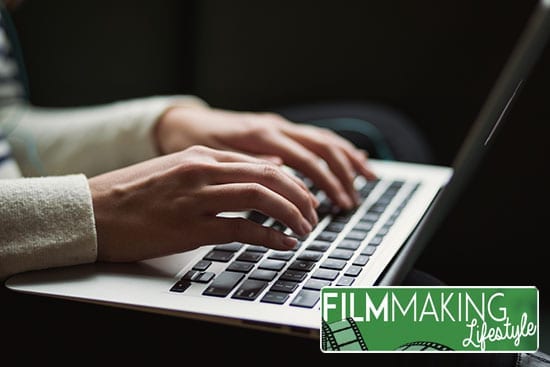 How do you write a film treatment?

Now onto the meat and potatoes of this article. How do you write a film treatment?

While much like screenplays, there’s no major consensus on how to write film treatments. There are, however, some general guidelines to help you get started.

Note that these are for film treatments. If you want to write a treatment for a TV show, you might want to check this guide.

Now, when writing your film treatment you need to be conscious of 7 things that it should include. They are:

Now let’s expand a little on each of these components and what they should include.

The logline should be what your movie’s story is about in one sentence.

For instance, let’s take a famous example. Raiders of the Lost Ark is about an archaeology professor who goes on an adventure to recover the arc of the covenant before the Nazis do.

From reading the logline, we know who the main character (Indiana Jones) is, what he is after (the arc of the covenant) and who his opponents are (Nazis). Also, we know that this movie is a sort of treasure hunt adventure.

This should only include your main character whom you are supposed to sell us on. Supportive characters should be saved for your screenplay.

Let’s go back to Raiders of the Lost Ark. Who are our main characters? Indiana, Marion, and Belloq.

Indiana is a brash, adventure-loving guy who is in love with archaeology and history. He’s smart but not especially strong physically, much just like an average person which makes him relatable.

Marion is a head-strong woman who is very resourceful and has an attitude when dealing with men. Belloq shares Indiana Jones’s love of archaeology. But, unlike Indiana, he is willing to sacrifice anything to reach his goal.

As you can see, we have a pretty solid idea about who these characters are and their various personalities. This is a good example of how your treatment’s characters should be presented. 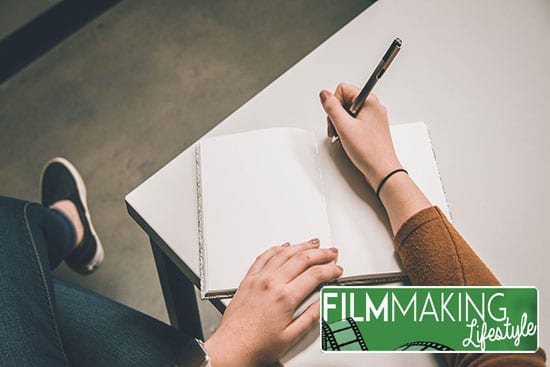 This aspect of your film treatment is very important. It sets the tone for the entire film. You need it to be set in a memorable location and have something interesting happen.

In Raiders, the opening scene is set in a jungle. It has our main character Indiana Jones obscured by shadows. He notices one of his guides about to betray him, so he pulls out his whip and disarms the traitor with it. The latter runs away in fright. Dramatic!

It’s a perfect scene for setting up this character getting in dangerous situations without breaking a sweat. The setting also informs us that Indiana’s adventures lead him to exotic places.

As we know from guy’s like Syd Field’s explanation of classic 3 act structure, in the opening scenes we need to see the protagonist going about his daily business. This tells us who he or she is and what they’re all about.

If you are familiar with 3 act structure, this won’t be a problem for you. You’ll just have to summarize what happens in each act.

For Act 1, all you need is the set-up of what sets your character on their quest. Indiana Jones gets contacted by government agents who inform him that the Nazis are after the Ark of the Covenant and ask him to find it before they do.

Indiana’s enthusiasm for finding the Ark combined with his hatred for Nazis fuels him to take the quest. This is a simple, but easily communicable set-up for Act 1.

Here is where characters usually get together and pass a series of trials. Often, by the end of the Act they’ll most likely break away from one another.

In our Raiders example, Marion joins Indiana, they go through several adventures and manage to retrieve the Ark. But, on the way back home they get betrayed and Marion is taken alongside the Ark. That’s what breaks our characters away from one another.

So in this part of the film treatement, you’re outlining the basic premise and order of events in your Act 2.

The final act usually has our characters start at their lowest point. They then have to push through and emerge victorious, as in classic ‘Hero With a Thousand Faces’ screenwriting style.

Indiana chases the Nazis as they are on their way to perform a ritual using the Ark. Outnumbered and outgunned, he is captured alongside Marion.

In the griping finale, the Ark melts the skin and flesh off of the Nazis, leaving only Indiana and Marion. They retrieve the Ark and return home.

Outline of the Final Scene

The final moment is the one your audience will remember most after watching the entire film. It should be memorable and if there’s room for a sequel it should be teased here.

The final scene of Raiders is humorous. The Ark is put away in a government warehouse. It’s left to collect dust. This melds perfectly with the less than serious tone of the rest of the film.

If you need more examples of filmmaking treatments of famous films, here is one for James Cameron’s The Terminator in 1982.

Do you need to write a film treatment?

Well, there’s no definite answer to this. It’s all up to you. And, of course, this depends on what type of work you are doing.

If, for example, you want to write a screenplay by yourself and try to sell it, a treatment is a good indicator of whether or not your story is sustainable for 90 minutes. Or even if it’s worth writing in the first place.

“My assistant Dana is currently writing a treatment for a production company. The treatment will end up being 15-20 pages, single spaced. To me, that’s at the long end of a treatment, but that’s what the company wanted.”

Some film companies will require you to write a film treatment, especially if you’re a writer on retainer for them. This is because it facilitates making sure that you and the producer are on the same page when it comes to the project.

If you and your boss are in full agreement on what the film is about through the treatment process, the scriptwriting process will be smooth sailing.

What is a Treatment in Filmmaking – In Conclusion

Only you will know what’s best for your writing and creative process. Whether you need to write a film treatment or not largely depends on a number of factors, including:

Hopefully, by now, you have a solid idea of what a film treatment is. And, if you do decide to write one you’ll know exactly how to do it.

And if you’re looking for more, be sure to checkout any one of numerous film treatment templates on the internet.

Most of all, though, I hope you know whether or not you need one. If you’re doing contract work you know it’s necessary. So, buckle up for it!

We hope this article on writing a treatment in filmmaking has been helpful. Have you got a great film treatment story? Did you successfully pitch your treatment to a studio and get a film made? Let us know in the comments below.

The Nuts & Bolts of Insurance For Filmmakers and Video Production Companies

Mastering The Film Score According To John Williams