Do you ever have trouble capturing the perfect shot? It might be because you are not using all of your tools.

A great way to think about camera angles is that they can help you get a different view or perspective on a scene or subject, and in turn produce a more interesting frame.

In this article, we will explore some of the most common types of camera angles and how they affect our filmmaking.

But, how do these shots affect your filmmaking?

What Are Camera Angles In Filmmaking?

There are many angles that a film director can use when filming. Most of them have their own purposes and effects, but it is important to know the basics before shooting any type of scene in order to produce quality work.

Filmmakers use a variety of different camera angles to convey meaning, emotion, and provide information about their subject.

Camera angles can be categorized as being high or low. Low angle shots show the subject from below with an emphasis on power or strength.

High angle shots show the subject from above which gives the viewer a sense of dominance over them.

The different types of camera angles allow directors to control how a viewer experiences a film. A director can use these angles to show off the protagonist or antagonist’s strength as well as their power struggle against one another.

Point of view, or how the viewer sees what is happening on screen, is one way in which filmmakers have control over perspective and emotion.

In some cases, like in horror movies, the camera will be much lower to show more fear and tension because that’s what people are expecting from a horror movie.

However, if you were filming something funny for example like “Crazy Stupid Love” then you would want your audience to see where Steve Carell is at all times so that they can laugh with him as he makes his way through this crazy world.

How many times have you seen a movie where the director knows exactly what they want to show on the screen?

They use camera angles to their advantage and can make a scene look drastically different. 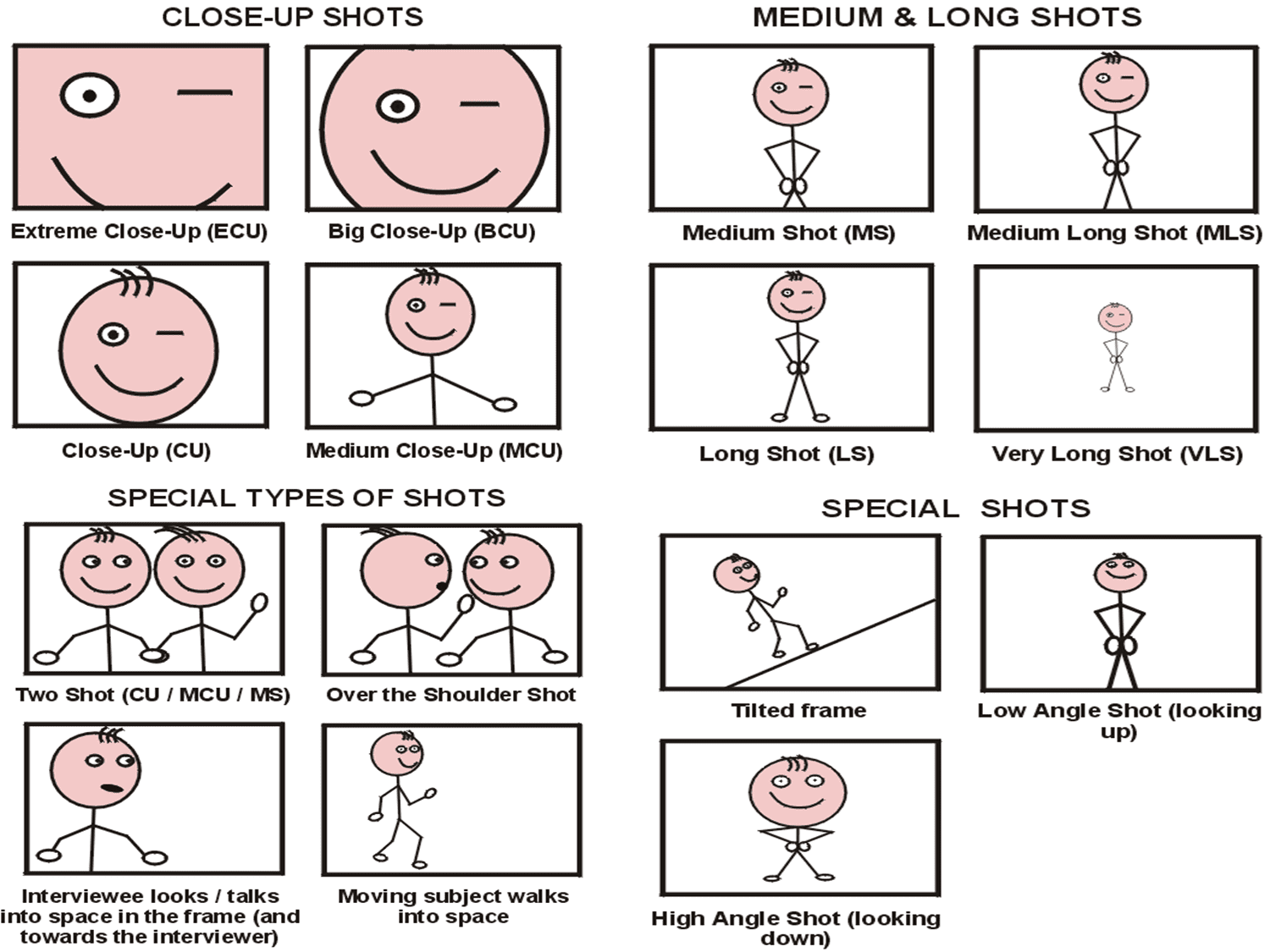 Have you ever seen a movie where the camera is placed at eye level and it’s following the actor? It gives an interesting perspective for filmmakers, but what does it mean for you?

It captures more of your surroundings so it can be used to create a better context for pictures, videos, and other types of media.

Everyone knows that an eye-level shot is the best way to capture people in their natural state. But what if you stand on a ladder or get your camera up high?

What about when it’s not possible to even get close enough for an eye-level shot?

Eye-level shots are an important cinematography technique that can be used to show perspective and give the viewer a sense of what it’s like to experience something from the point of view of someone in particular.

A low-angle shot is a type of camera angle that typically points downward from the eye level of the person taking the picture.

These shots make people and objects seem taller and more dominant than they might be in reality, as well as create an illusion of depth.

The most common use for this technique is to show power or dominance on behalf of one side over another, such as when filming an interview between two people who are sitting at different heights relative to each other.

This technique can also lend itself well to showing off architectural features like tall ceilings or columns, making them appear even larger than life.

This type of shot is best for capturing subjects that are looking up at something or someone in a position of power.

It creates an interesting perspective and allows your subject to appear larger than life.

The great thing about this type of shot is that anyone can do it! All you need is a camera and some creativity!

The following images show examples of what a low-angle shot looks like:

Image 1: A man catches his son after he jumps from the diving board into the pool below (A low-angle shot helps capture their height difference).

There are many other ways that filmmakers can use this camera angle to their advantage – for instance, by making the audience feel small and powerless when surrounded by towering buildings or rows of enemies.

The high angle shot can be achieved with a crane, scaffolding, or an elevated surface such as a bridge.

The height at which the camera is placed dictates how low viewers will feel because they will perceive themselves as higher than those below them (and vice versa). 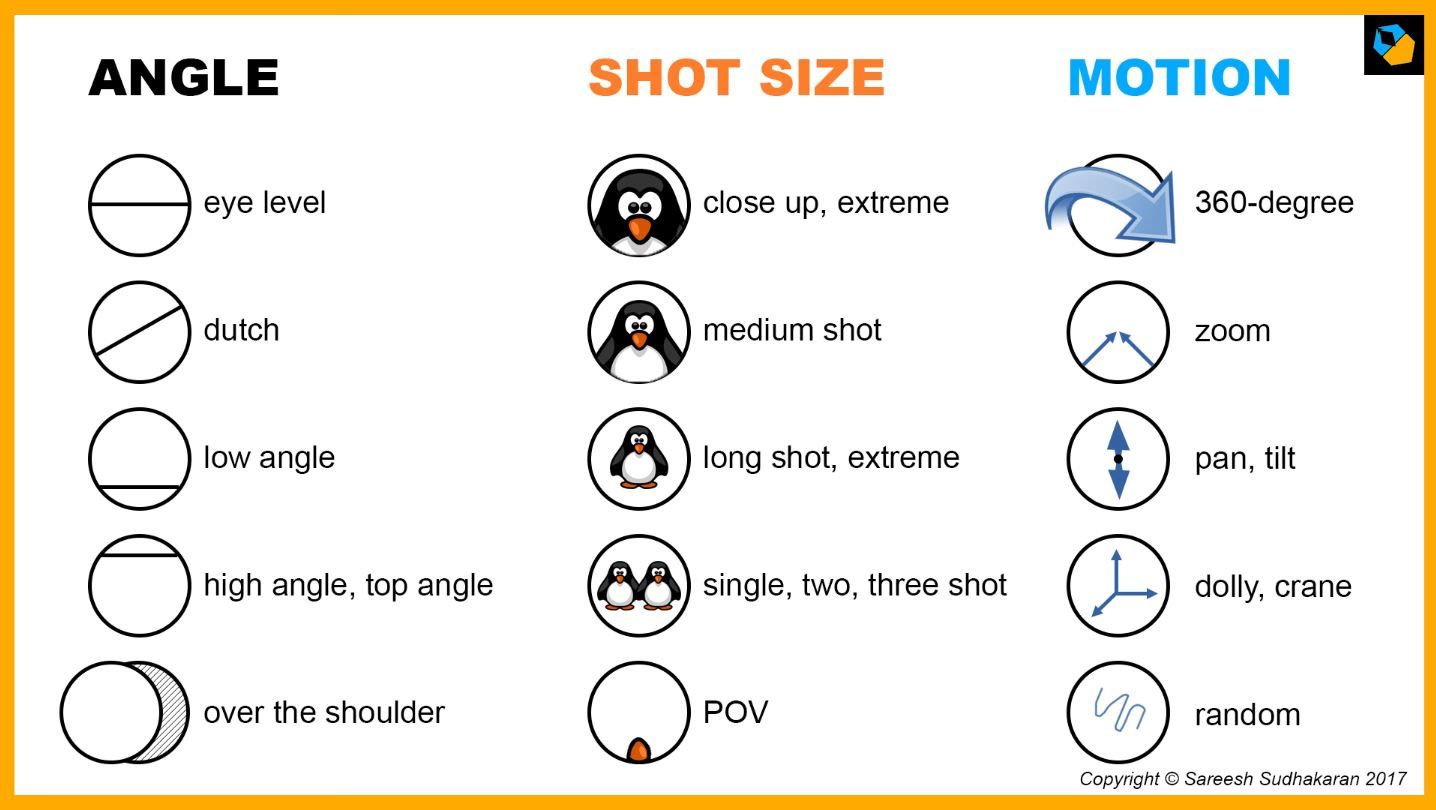 High-angle shots are traditionally used to show a person’s power, dominance, and superiority.

This can be achieved by shooting downwards or upwards with a low camera angle.

This perspective allows for more immersive shots which can help with storytelling. Here are a few ways you can use this type of shot:

How Camera Angles Affect A Movie?

As a filmmaker, you can use camera angles to control the audience’s perspective and guide their emotions. Sometimes an establishing shot or close-up is all that is needed to tell the story.

Have you ever noticed that the scene in a movie changes depending on how they are filming it? Well, there is actually some science behind this. The camera angle and perspective can change what is happening in your head.

In fact, if someone filmed something from their point of view, you would be able to see everything just like them. What does this mean for film?

This means that filmmakers must consider camera angles when choosing where to place them during the filming process because it can affect how people interpret the story being told on screen.

For example, if a filmmaker wanted viewers to feel scared or tense during a scene then they could choose an overhead shot with lots of shadows for lighting so that viewers have nowhere else to look but at the action taking

Some scenes use close-ups to show intense emotions or violence. Other scenes use wide shots to show how small characters are in relation to their environment.

These choices help create different feelings and moods for viewers so they know what’s going on inside a character’s head and understand what’s happening around them.

What Is The Most Used Camera Angle?

What is the most used camera angle? The answer to that question may surprise you. In a survey of filmmakers, 98% said that the most common camera angle is the eye-level shot.

This means when an actor walks on screen and we see them from their perspective as if they were looking at us straight in our eyes.

Also, a very popular camera angle is the “over-the-shoulder” shot.

This type of shot has become very popular in recent years because it creates a sense of intimacy that makes the viewer feel as if they are right next to the subject, and allows for shots from all angles.

It’s also a great way to show both characters on screen at once while still establishing who is talking or doing what.

The over-the-shoulder shot is typically filmed at eye level with one character looking straight ahead and another looking slightly offscreen (usually right).

This technique has been used in cinema for years and can be seen in films like Alfred Hitchcock’s “Psycho.” Watch the video to learn more!

The use of this technique, which creates a distorted sense of space and movement, is often used by filmmakers to create suspense.

For example, when an object moves from left to right on screen it appears that it’s moving much faster than normal because the camera tilts up as it moves away from us.

Another effect created with this tilt is that objects appear closer than they actually are because they’re being viewed at an angle rather than straight-on. 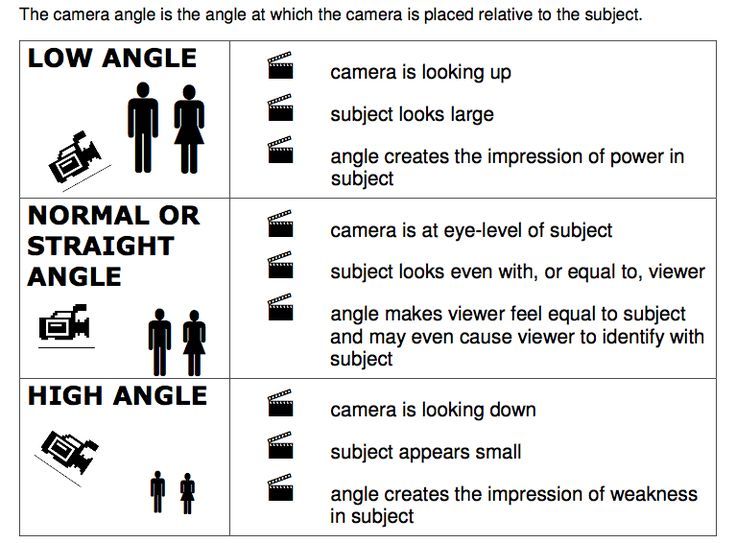 Dutch angle shots have been used for many years in both photography and film production. They are often seen on television shows, sporting events, and commercials.

A Dutch angle shot gives an image or video a disorienting feeling by tilting the camera up from its normal orientation so that everything looks askew.

It can also be achieved by turning the camera sideways during filming with your phone in landscape mode instead of portrait mode.

A Dutch angle shot (also known as a Dutch tilt) is when a camera is pointed upward or downward, creating an unusual angle. This type of shot can be used to create unease in the viewer. It’s also been used to show instability and tension in scenes that require it.

It can be used for artistic purposes, and to create a sense of unease in the viewer by making it difficult to tell which way is “up.”

The term was coined during World War II when Dutch filmmakers were commissioned by their government to produce newsreels; these films had to be more exciting than German ones because they were meant as propaganda.

Producer vs Executive Producer: Which Is More Important?

Breaking Down a Script: A Complete Guide To Script Breakdown

What Is A Film Gate: The Ultimate Guide

Different Types Of Shots: The Definitive Guide [With Examples]

What Is Shutter Speed: The Complete Guide

What Is An Arc Shot In Film? Definition & Examples Of This Camera Movement Type