A high angle shot is an aerial photograph taken from a height, such as from the top of a building or other structure.

The photo can be taken by helicopter, airplane, drone, or simply by climbing to the desired location and taking the picture.

What Are High Angle Shots?

High angle shots are a cinematography technique that is used when the filmmaker wants to show power.

High angles can be created by using camera equipment or even simply by raising the shot on a tripod. A higher point of view creates an effect similar to looking down at someone in superiority.

When filmmakers use this technique, they want their audience to feel like they have control over what’s happening on screen. It makes them feel powerful because they’re seeing everything from above and not being shown up close and personal with details about how something feels to those below.

A high angle shot is often used to show detail in architecture that would otherwise not be seen at ground level; it also provides a unique perspective on scenes that are usually looked upon from below instead of above.

It is a shot of someone or something from above. It’s typically used to show power and control, but can also be used for other purposes such as focusing on the detail of an object.

This type of shot is created by using any means necessary to elevate the camera – including jibs, cranes, helicopters, and others – so that it shoots up towards its subjects.

What Is A High Angle Shot?

A high-angle shot is a type of camera shot that’s used to make the subject of the photo seem more powerful or dominant.

Because we are looking up from below the subject in this angle, it creates an optical illusion whereby the head looks larger than normal – which might convey a sense of superiority.

A common example would be an overhead view of someone looking down on a group of people who are sitting or standing in front.

The high angle shot also highlights the height differential between those being filmed and the person filming them.

An even higher-angled camera position can be seen in the film Citizen Kane where director Orson Welles uses this to emphasize his character’s dominance over those around him.

Why Use A High Angle Shot?

A high-angle shot is an interesting way to start a video or photo.

The high angle can be used in many different ways, but it usually helps the viewer feel more engaged with the scene because they feel like they are viewing from above.

In some cases, it also makes people seem smaller than usual which can make them look vulnerable.

A high-angle shot is a camera angle that’s taken from up in the air. It can be achieved by either getting on a ladder or using a crane, but it can also be done with a steady cam.

The most common time this type of camera angle is used is when shooting skyscrapers and cities because they make for an impressive image when shown from such height.

A high-angle shot can be used to make the viewer feel as though they are higher than what is being viewed.

This type of shot often creates tension and suspense, making an audience anticipate for something more to happen.

There are many films that use high-angle shots for either dramatic or comedic purposes.

The most famous example is in the movie Psycho where Alfred Hitchcock uses a high angle shot to show Marion Crane’s perspective as she enters the Bates Motel.

Sometimes, this kind of camera angle can make a movie character seem larger than life or even godlike.

What’s the best way to film a high-angle shot? What does it look like? Why should I use one in my video or photoshoot?

The answer is, you can’t go wrong with any of these three angles:

Aerial camera – This type of high-angle shot generally captures the landscape from a bird’s eye view.

POV (point-of-view) Camera – These types of shots are usually taken at an elevated height and typically include some kind of movement, such as following someone walking down the street. The viewer feels as though they’re experiencing what they’re seeing firsthand.

The most common type of shot you will see in movies is the high-angle shot.

The high-angle shot is a technique used in cinematography, photography, and video production to make an object or person appear powerful.

This type of camera angle can be used for dramatic effect by making the viewer feel small and insignificant when compared to the subject.

When capturing this type of shot, it’s important to have your subject stand tall with their shoulders back and chin up so that they appear confident.

For some of his most well-known films, Alfred Hitchcock often used high-angle shots.

The use of these angles is not a common one in film adaptations and has only been adopted by other directors on occasion.

In the majority of cases, Hitchcock would utilize such shots to create tension and unease for the viewer.

When it comes to suspense and intrigue, Hitchcock movies are a reliable source. His camera angles were often at the eye level of his characters and this made for an intense viewing experience.

The angled shots created tension in scenes that might otherwise be considered mundane.

Whether it is looking down from an office building onto the streets below, or up at a police officer who has just been killed by one of his own colleagues, this type of shot allows viewers to see something they would not otherwise be able to see.

The idea for these shots came about when Hitchcock was working with cinematographer Robert Burks on “Rear Window”.

During the filming of the movie, Hitchcock realized that he wanted more control over how camera shots were framed and directed his cameraman accordingly.

For example, in Rear Window we can’t help but feel like Jimmy Stewart is watching us as he looks out onto what seems.

A similar effect is created in his masterpiece Vertigo:

Many people don’t know that Hitchcock had a very distinct way of filming high-angle shots. While some directors may use the technique to show power, Hitchcock used it to create tension or fear.

There are many categories of high-angle shots in Hitchcock movies.

The most common type is the Vertigo effect, which is when a shot zooms out on an image and makes it look like the world is spinning around the subject.

This happens often in “Vertigo” to represent Scottie’s dizziness and suggests that he has been possessed by some force from beyond himself.

When you are watching a movie, it is not uncommon to see the camera pan up from down low to reveal an important object or scene.

Filmmakers have been using high-angle shots to convey a story for decades.

The most famous example of this technique is the opening scene from Jaws, where the camera zooms out from an underwater perspective and reveals that it is exploring a shark’s point of view and not a diver’s.

High-angle shots can take viewers into another world by showing them what someone else sees or feels.

Have you ever watched a movie and felt like the camera was following your every move? This is because of a high-angle shot.

High-angle shots are often used in movies to give the audience a sense that they are watching from above as if they were peering down at their environment.

It’s useful to look at it from a more commercial sense, too. Here’s an example from the world of commercial photography and video production. 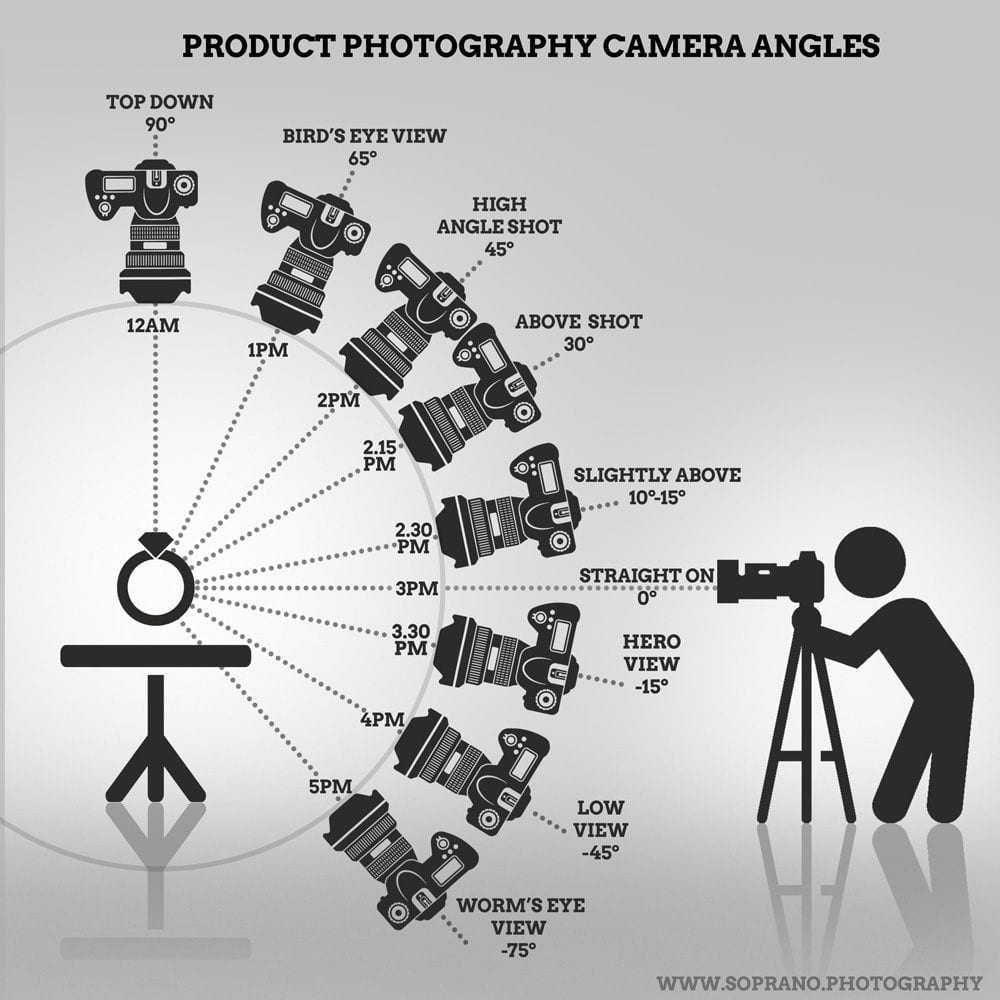 The use of high-angle shots can be seen throughout many different genres of films: dramas, comedies, horror films, action films, romantic comedies.

These angles convey some type of story or feeling that would not have been possible had it not been for this perspective on the film’s world.

While there are many ways to make an audience feel something, high-angle shots convey a sense of despair and hopelessness.

The most common use is when showing a character who has been beaten down by life and feels like they have nothing left to live for.

Another way this type of shot can be used is when it’s paired with a voice-over that speaks in monotone or barely above whisper level.

This creates a feeling of sadness as if the character doesn’t want to talk about what happened but knows they need to tell their story regardless.

The visceral high angle shot is a camera angle that has been around for decades and can be seen in countless films.

It has always been used to give the viewer a sense of being there with the protagonist and experiencing everything they are going through.

Directors will often use this type of shot to provide an immersive experience, but when done incorrectly it can make viewers feel uncomfortable or sick.

This shot can be achieved by using a crane or simply from being on higher ground than the subject. High angle shots can make people look small which creates tension for viewers if that was not intended by the filmmaker.

The visceral high angle shot is an important technique in cinematography.

It has the ability to give viewers a sense of what it would be like to experience the scene as if they were there, and can also help with storytelling by drawing attention to something or giving more information about the setting.

1. A visceral high angle shot is a type of camera perspective that captures the action from an elevated position, usually looking down onto the subject.

2. Visceral shots are typically used in documentaries to capture the true feeling and emotion of any given scene by showing more than just what’s happening on screen.

3. The elevation can also be used for dramatic effects, such as when it’s employed in horror movies or thrillers where heightened emotions heighten suspense and tension in viewers because they’re so much closer to danger.

4. This style of camera work has been used since the 1920s. Alfred Hitchcock was one director who helped popularize it with his films like North By Northwest which utilized this technique really effectively.

The Two Shot: Complete Guide & How To Use This Shot Framing Type

What Is 2:1 Aspect Ratio? Definition & Examples

What Is Overexposure? Definition & Examples In Photography & Film