The Overhead Shot: Our Definitive Guide

Have you ever seen a movie where the camera is positioned above the actors? This type of shot is called an overhead shot and it’s used for many reasons.

The angle makes it more difficult for other characters to see what’s happening on-screen, which can be helpful if their faces are hidden.

It also prevents people in front of the screen from seeing anything below them, so they don’t have to worry about spoilers or missing out on something important that happens off-screen.

This angle lets viewers focus on specific details like facial expressions or objects around a room without worrying about missing any action.

What Is An Overhead Shot?

An overhead shot is a camera angle that is taken from above the subject. This type of shot can be used to depict an overview or large scope of something, such as a cityscape.

An overhead shot can also be used to create a sense of power or dominance over another person, such as in the movie The Silence Of The Lambs when Hannibal Lecter stands on his desk and looks down at Clarice Starling.

Why Use An Overhead Shot?

An overhead shot is a great way to capture an entire scene and show it from a new perspective.

Unlike the traditional eye level or high angle shot, this type of camera angle can make large spaces seem smaller and emphasize how tall things are.

A downside is that you may lose some detail in the photo since there’s less depth of field when using an overhead camera angle.

The overhead shot is one of the most unappreciated and underutilized shots in a filmmaker’s repertoire. It can be used to show things from a unique perspective or to provide context for what is happening on screen.

Most importantly, it gives filmmakers more options when it comes to telling their story.

The overhead shot has been around since the beginning of filmmaking but has lost its popularity in recent years with the rise of digital cameras that offer an easy way to shoot footage from eye level.

The working world is full of action-packed moments. Whether it’s a meeting, a cooking show, or a sporting event, there are always people doing something interesting to capture the viewers’ attention.

But what about all those everyday things that happen? Sometimes it’s hard to get an audience engaged in mundane activities like typing on a computer or reading from a book. 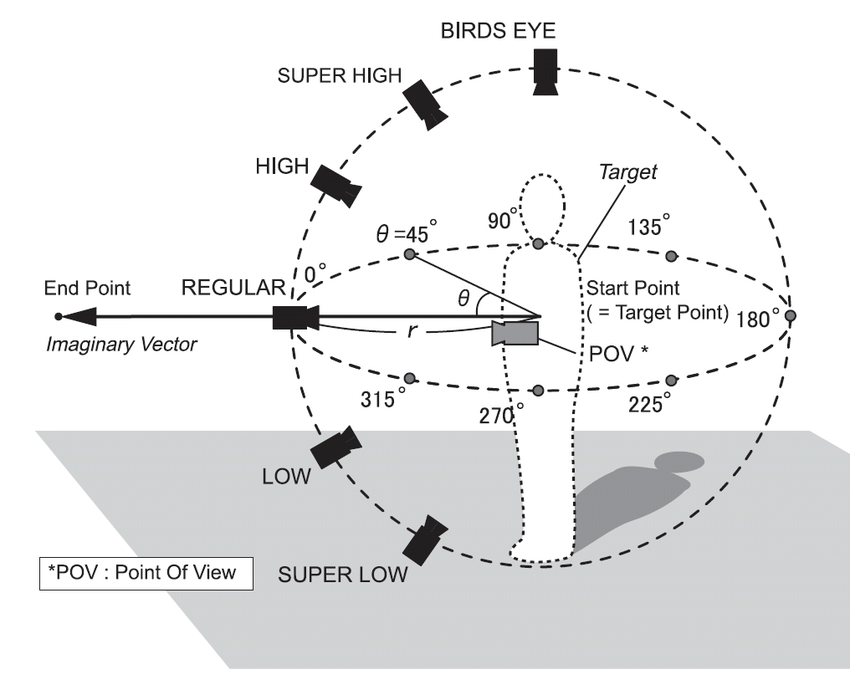 An overhead shot is a type of camera angle where the camera is positioned at a height above, and parallel to, the ground.

This technique can be used for dramatic effect in film, or to shoot an athlete during a sporting event.

The distance between the object being filmed and the camera should remain constant for shots that are taken from multiple angles.

An overhead shot is a type of camera angle that allows the viewer to see what is going on from above.

When you are looking up at something, it would be an overhead shot. This type of camera angle can be seen in action movies, nature documentaries, and sports broadcasts.

An overhead shot provides a lot of information about the scene below as well as various aspects of the environment surrounding it.

For example, when watching an NBA game or World Cup soccer match with this camera angle, you will get a good look at players’ hand position and how they move around on the court or field.

Some people think that the overhead shot is a dump shot, but it’s not. The overhead is just an angle from over the player’s head looking down. There are many different types of shots and they can be classified by their height relative to the floor (low, medium, high) or where they are on field (in front of goal vs behind goal).

In this blog post, we will explore the different types of overhead shots and what they are best used for. We’ll start with a medium two-shot, where both subjects are in frame and their facial expressions can be seen clearly.

This is an excellent close-up of dialogue as well as establishing eye contact between characters.

The next type of overhead shot we’ll cover is a wide two-shot which shows one person’s back to the camera while the other person speaks directly into it.

This allows us to see both people’s reactions without having to cut away from one character to another or have them turn around so that their faces can be seen on screen.

We also have a low angle over-the-shoulder shot, which is often referred to as Dutch

The following examples of overhead shots are relatively simplistic but can be used to help you understand the different types. It provides a sense of space for the viewer.

The camera is looking down on the subject whereas a low-angle shot would show more from their perspective and come in closer to them. A high-angle shot will take away any sense of size and make it seem as if they’re tiny.

The most popular overhead shot in photography is the bird’s-eye view.

This type of shot provides a perspective that allows viewers to see things they usually would not notice, such as how an object relates to its surroundings or how it fits into a larger context.

From Hitchcock’s “Vertigo” to Wes Anderson’s “The Royal Tenenbaums,” these shots are used for many purposes.

We would like to share three tips that will help you master the overhead shot and get it just right for your next photoshoot!

Consider whether or not the subject is tall enough – If you’re shooting something like a person’s face, an arm, or even a plant in a pot, then height won’t be an issue because they can reach up high enough to be photographed from above.

Find a subject in your environment that will be approximately 10 to 20 feet away from you. This should include an object that stands out against its surroundings such as a tree or rock formation.

Make sure that there’s plenty of room for movement around the subject so it’s not too close to anything else in the frame.

You should pick up your camera and set it on something solid like a tripod or table so that it doesn’t move while you’re shooting (or use an app on your phone), and then put yourself at about eye level with the subject by climbing up.

How Do You Get Overhead Camera Shots?

The first thing you need is a tripod, and it needs to be on a stable surface like the ground or on top of a table. Make sure that your lens is clean and completely dry so that there are no smudges or water droplets on it.

This is great for filmmakers and photographers who want to shoot from up high. Shooting from this angle can produce some really interesting footage, as well as give your viewer an entirely new perspective of whatever it is you are filming. These steps are easy to follow and anyone could do it! So let’s get started!

There are a number of ways for you to get overhead camera shots. The easiest way is using an aerial drone, which can be rented from various companies or purchased online.

Another method is by attaching your camera to a kite and flying it over the scene of interest.

This might not work so well in areas with high winds though! You could also try setting up scaffolding around your subject and then climbing up it yourself, but this takes time to set up and may not always be feasible if the desired location is hard to reach.

Finally, you could use a specialized crane that can lift heavy equipment into place such as when filming construction sites or other large-scale projects where people need help getting things done quickly.

The camera is positioned on a crane to get overhead shots of buildings, landscapes, and other structures. The crane can be used as a moving device or as a stationary object in the shot.

What Is Film Grain? Definition, Examples & How To Use It [With Tutorial]

What Is a Foley Artist? Definition And Career Guide

What Is An Arc Shot In Film? Definition & Examples Of This Camera Movement Type

What Is A Color Checker Tool: Definitive Guide

What Is The Rule of Thirds? Definition & Examples Of This Important Technique

What Is a Boom Shot? Our Complete Guide To This Shot Type

What Is Cinematography? Definition With Examples

How To Clean Camera Sensor Effectively & Efficiently [With Tutorial]