Are you looking to make a movie? Then this exclusive article by filmmaker James Defalco is going to be just what you’re looking for!

In ‘Making a Feature Film for $6,000… It’s possible,’ James explains the journey he took to make his movie, Long Island Love Story.

Take it away, James!

[Editor note: Images throughout are stills and posters from the film and copyright James Defalco.] 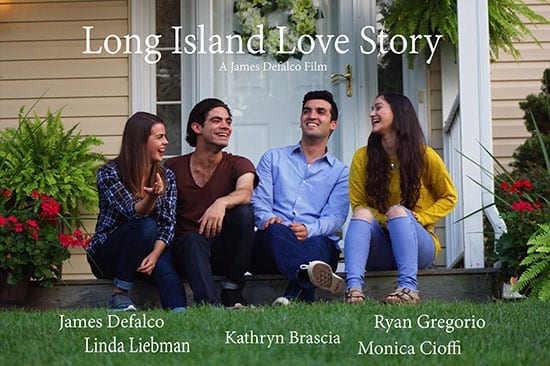 Make a Movie — Calling Yourself a Filmmaker

I cant believe I can finally say that and have an actual film that I wrote, produced and directed under my belt.

After graduating from Five Towns College, I worked a bunch of freelance jobs in the film and entertainment industry. I wasn’t doing what I wanted, but I still called myself a filmmaker.

One day, I had an idea: I was finally going to stop waiting for someone to magically see something in me and give me my big break.

I was going to make my own feature length movie.

In this article, I’ll tell you how I did it. My experiences, as well as some tips for how you can do the same thing if you’re in a similar situation. 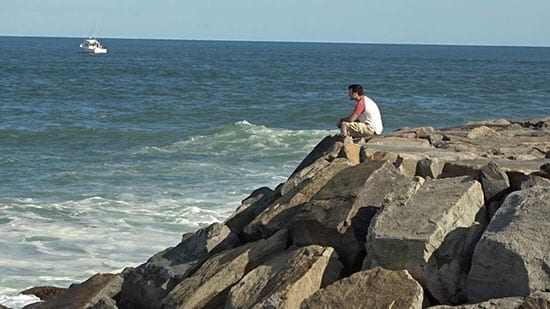 Write Something You Can Actually Film

Making a film is a daunting task. Don’t let anyone fool you on that.

Most of us have these dream screenplays that we’ve written. And the budget for those are more than we could ever generate ourselves or through any crowdfunding campaign.

I wrote my film Long Island Love Story by following one simple rule: write a story where everything in it is something I can actually do.

That means: no car chases, no CGI characters, no special effects, no filming in the UN, none of that.

After a year of writing I came up with a 99 page romantic comedy. It was Long Island Love Story. 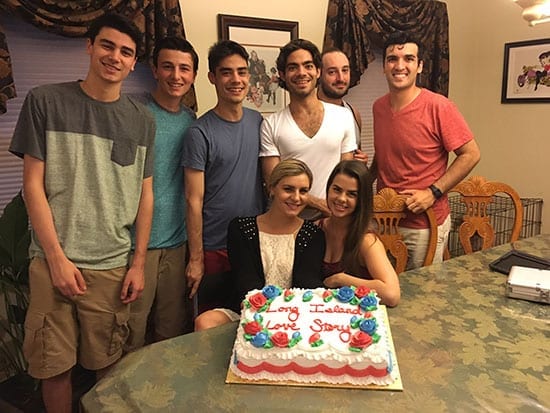 A Brief Synopsis of the Film

Here is a brief synopsis for my film.

Michael and his brother Anthony are having relationship issues. Michael is bringing his girlfriend of 6 months; Amy, from Manhattan to Eastern Long Island to meet his parents and extended family

Unbeknownst to him his high school sweetheart, Jess, will also be there.

Michael’s older brother, Anthony, has problems of his own. He recently finds out that his longterm girlfriend, Laura, is pregnant. And she tells him she believes he’s too immature and that he will have no contact with her or the baby.

Michael and Anthony have to rely on each other to figure out each others problems in this lighthearted romantic comedy.

It was something simple, doable and wouldn’t cost a million dollars to shoot. 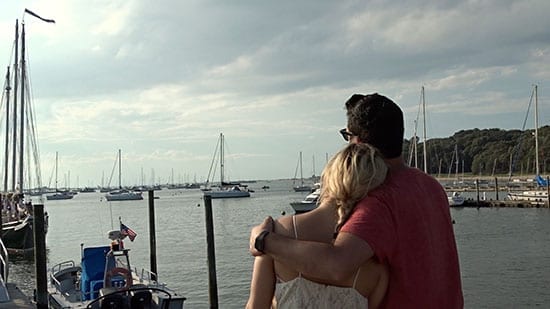 Let me tell you a bit about my filming experience.

I shot Long Island Love Story in eleven days with a total budget of $6,000.

I shot all over Eastern Long Island and Manhattan, with a main cast of five and a crew of only 3 people. I also played the lead character.

The film would use a lot of locations. Mainly my parents house and my cousins house, which both were free to use. I used one of my actress’ apartments in Manhattan for free as well.

Every other place I shot, numerous beaches, docks, parks all were done with no permits and for free.

The only issue was I had a scene in a bar and had no idea how to get a bar. I was lucky that one of my cousins knew a bar owner and he was amazingly receptive to filming (from 10pm-3am, but still). The only cost I needed was location insurance in case anything happened. 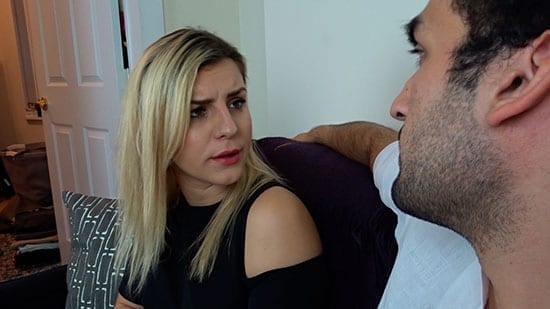 Having an idea of the layout of every location helped me figure out a shot list. It also helps with staging and blocking, which will save a lot of time on set too.

So you have a script that you can conceivably film for a modest budget. What do you do now?

Pre-production can make or break any film, but I feel it is even more important when your budget is as low as mine was. You need to make sure you are as diligent as possible and cross ever ’T’ and dot every ‘I’ before you even think about filming.

Hopefully at this point you have someone, a producer, a DP or friend that has knowledge of film to help you along the way.

Sadly, when I was in pre production, I did not.

I basically handled every single aspect of pre-production by myself, which covered:

Needless to say, it was a lot of work. But it needs to be done, and you have to do it right. Going at pre-production in a half ass manner, will give you a half ass film.

Now I’ll say that getting all that done might be more difficult for others based on where you live. I live in New York and have a lot at my disposal. Access to as many actors and locations as I need and so much more. But it can be done, you might just have to work harder. 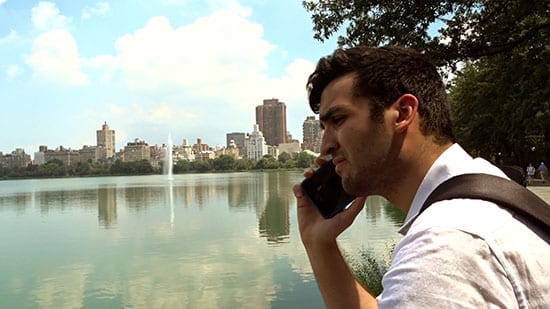 You have your locations, actors and schedule in check. The equipment is ready to go.

Once everything is ready to go, the actors are ready and shots need to be set up, you can find yourself a bit overwhelmed. Everyone is looking at you for answers and you’re basically the only one who can answer them.

Remember, you took so much time in pre-production so that any issue with filming you can overcome. Filming is supposed to be the best part of the entire process. You started with an idea in your head, now you’re watching people believe in you and your vision make it come to life.

Filming Long Island Love Story was a lot of hard work. But we were never behind schedule, mainly because I was on the ball during pre-production.

About 85% of the film took place during the day outdoors. So scheduling for that meant that we had to use every bit of sunlight we could, because we would wrap the day when it got too dark.

The film was dialogue driven, so it was not insane to think that we could shoot around 9 pages a day. I always allowed for line flubs, and BS time while filming.

Our set had an amazing mood where everyone was all in and on point. We were able to take some time in-between shots to have a little fun and further bond as a cast and crew. 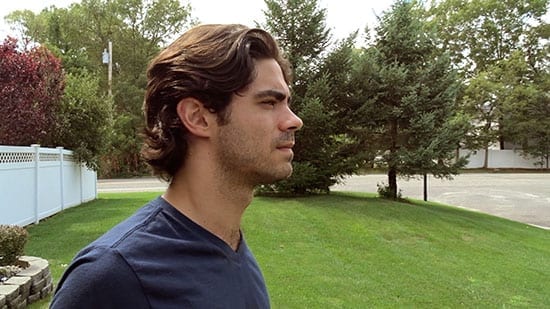 Filming is all done and now you have all your film on SD cards, external hard drives or wherever. Now post production begins.

It will make or break your movie, and just like with pre-production, it is not to be rushed.

I’m lucky enough to be adept at Final Cut Pro, so I edited the film myself. Most of you might not, so hopefully someone in your crew knows how or has a friend that can.

Hiring an editor that you do not know can be costly, even when you discuss the budget for the film.

The same goes for audio. Hopefully you hire a professional audio tech, so you don’t have any audio issues. But if you do, hiring a sound engineer is costly as well.

It will take months to get a cut of the film you’re happy with. Show it to as many people involved with the film, as well as some people with no stake in the film, to give you unbiased opinions on what needs work.

Sometimes you won’t see simple things that need to be fixed. There will always be things you’ll see as a filmmaker that you want to fix, but at a certain point you’ll have to say you’ve done all you can do and wrap it up.

Post production for me was a bit of a headache. Shooting outside caused a decent amount of audio issues. We had wind and background noise to get rid of, as well as AC hum when we shot in the bar.

I was lucky to get in contact with a sound engineer who was willing to work on the scenes for free. I was so grateful, but it ended up taking way too long.

I gave him everything in November and didn’t receive the fixed audio until mid- March. After I got the audio back, I needed a week or so of tinkering with the film before I wrapped post production. 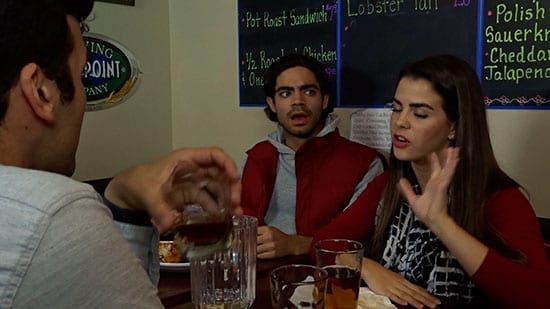 It’s All About Getting Out There and Doing it

Now, obviously, everyone’s situation will be different, but the building blocks are there for you to get up and make something. I will be the first one to tell you that I was very lucky with this production and some of the things I was able to pull off.

Believe me, nobody is going to magically e-mail you or knock on your door giving you an opportunity to live your dream.

Take the risk and you’ll be surprised about the amount of support you’ll get from friends, family, cast and crew.

The average budget for an independent film is $750k, but I am living proof that you don’t need that much to make a movie. 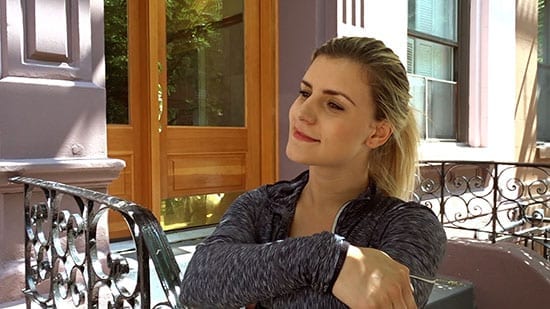 Here are just a few bullet points to keep in mind if you do decide to make a movie with next to no money.

1. Write what you can produce

Don’t write a script with locations and action sequences if you have no way of realistically filming it.

Making a film with no money won’t get you Jennifer Lawrence, but you will find some hard working, dedicated actors that will have your back when filming.

Don’t just use your friends who don’t know what their doing. Get a competent DP who’s on the same page as you.

Make sure your audio is the best it can be. Image quality and camera lenses mean nothing if the audio is garbage. Spend the extra money on a professional audio tech (bonus if they have their own equipment)

Cast reads aren’t necessary but help the bonding process between actors and director. 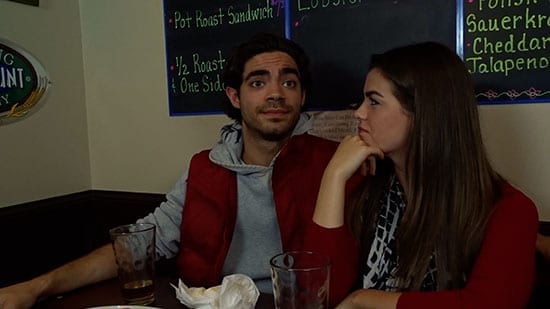 You’ll basically be working with actors and crew members who have regular day jobs as waiters, teachers or whatever. The sooner you can schedule shooting days the better.

You don’t want to get a call 24 hours before filming from an actor saying they can’t come because they weren’t able to get off work in time.

When setting call times and structuring what scenes to shoot each day, always allow for more time for each scene.

You never know what can slow you down (needing an extension cord, camera battery dies, light dies out, etc).

9. Always allow for some time to crack jokes and have fun

You need to get everything done, but being a task master ruins the mood on set.

Once you get a cut of the film you like. Take a few days and cut again.

Show it to as many people involved with the film, as well as some people with no stake in the film to give you unbiased opinions on what needs work. Sometimes you won’t see simple things that need to be fixed.

Talk to everyone you know, friends, family, etc and ask them if they can help secure locations, props, whatever. You never know who you are connected with who knows someone that can help you big time.

And, finally, if you’re interested here’s a trailer for the film:

So has this convinced with to get out there and make a movie? Are you already making a movie and want to let us know? Use the comments below to tell us.

Drones for Filming in 2022: 9 of the Best Drones For Filmmaking

Should I Go To Film School? Part III

How To Choose The Right Sound Effects For Your Trailer

How To Create a One Line Schedule For Your Production

The 3 Types of Filmmaking Confidence

How To Start a Production Company In 2022: The Ultimate Guide