Producer vs Director: What Are The Differences & What Do They Do?

The responsibilities of a film producer are many and varied. They include budgeting, scheduling, hiring the right people for the right jobs, handling personnel issues, and raising money to name just a few.

There is also not one single path that leads from being an aspiring film producer to actually producing films on your own; it can be done in several ways.

The film producer is the person who oversees all aspects of a film project. They work with writers and directors to develop the script, then scout locations, cast talent, negotiate contracts, hire crew members, and more.

What Are The Differences Between A Producer & A Director?

A producer is responsible for all aspects of a film’s production. This includes fundraising, budgeting, scheduling, and supervising the day-to-day running of the production.

A director on the other hand has more creative control over what is in front of the camera – where to place it, which angles to use and how best to frame shots.

Directors are involved with every aspect of filmmaking from writing scripts to editing footage but their job starts once filming begins.

Responsibilities Of A Film Producer

The responsibility of a film producer is to decide which films will be made. They are the creative’s partner who knows how to produce their vision for the world.

A film producer has many responsibilities including overseeing production, marketing, and distribution, as well as managing finances and legal issues.

One important responsibility of a film producer is to oversee the budget for each production. This includes making sure that all costs are accounted for and that no money is wasted.

In order to do this, they have to be very detail-oriented and organized with their work as well as delegate tasks accordingly.

Responsibilities Of A Director

Directors are a key part of any organization. They have the responsibility for day-to-day operations and carrying out decisions made by executives or owners.

Directors are responsible for supervising employees, hiring new staff, providing feedback on their performance and determining salaries and benefits packages.

This blog post will explore what responsibilities directors typically have as well as some specific tasks that can fall under this umbrella such as: delegating work to others, hiring new staff, determining salary packages and more!

The responsibilities of a director are extremely diverse and can be quite complicated. A director is in charge of the day-to-day running of the company or organization, as well as overseeing all aspects of production, including artistic decisions.

Directors are often involved with many different tasks simultaneously. Some examples include:

For any company to be successful, it needs a leader. This is an individual who has the responsibility of making decisions and executing them.

The Director is one of the most important positions in a company because they are responsible for all aspects of the business including operations, marketing, product development or design, human resources and finance. 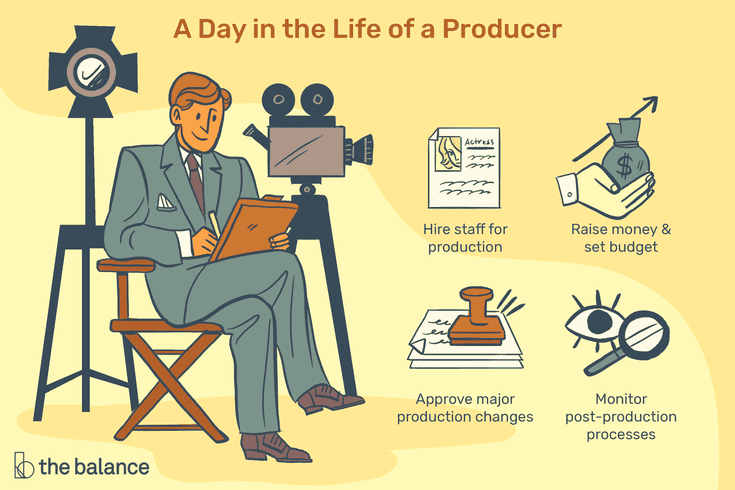 What Is The Difference Between A Director And A Producer?

Many people often confuse the roles of a director and producer, but these two roles have very different responsibilities.

A director is in charge of overseeing all aspects of a production from start to finish. They are responsible for everything that happens before, during, and after filming starts.

This includes making sure the script is complete and approved by everyone involved with the project as well as ensuring that all necessary permits are obtained beforehand.

A producer’s job begins once filming has started. They work closely with directors to ensure everything goes smoothly on set while also managing any financial or legal issues that come up along the way such as budgeting or union regulations.

What is the difference between a director and a producer? This question has been asked many times by people who work in the film industry.

A director is typically in charge of managing all aspects of production including scheduling, budgeting, crew hiring, and creative decisions.

A producer’s role is more focused on overseeing the entire project and finding financial backing for it.

The term “director” is most commonly used to refer to someone who is in charge of a movie, while the term “producer” can be used to describe anyone involved with producing film or video.

These roles are often interchangeable depending on the project and how it’s structured.

In the entertainment industry, there are a number of different positions and titles that vary from company to company.

One position is director and another is producer. A director is responsible for managing the camera crew and actors in order to create the vision for a film or television show.

How To Become A Producer Or Director

Have you ever wanted to take your skills in film and video production out of the camera and put them on the other side of the lens?

A producer or director is a key player in the movie and TV industry.

They are responsible for everything from casting actors, to making sure that all of the production’s needs are met on set.

With so many responsibilities, being a successful producer takes more than just talent.

To become a great producer or director, you need to understand how productions work, what it takes to be successful at your job, and how best to manage people who work with you.

Aspiring filmmakers or those looking to take their passion for film and video production to the next level can choose from one of two options: producer or director.

A producer is responsible for overseeing all aspects of a project including financing, casting, location scouting and more.

A director has creative control over everything that goes into making a movie; they are in charge of capturing the vision of the script.

Job Description Of A Producer Or Director

The job of a producer or director can vary depending on the type of production.

For example, in film and television productions, a producer is involved with everything from writing to financing to overseeing post-production. Directors are responsible for choosing scripts and hiring cast members.

Producers often have more responsibility than directors because they oversee all aspects of the production as well as its budgeting and scheduling.

A producer or director is in charge of the production process for both movies and television shows.

A producer may be responsible for overseeing all aspects of a film’s production, including creative decisions, such as casting and script development.

A director manages the overall filming process, from initial planning to final product.

Producers and directors are responsible for the decisions that affect a film or television show.

They work closely with writers, actors, cinematographers, and other staff members to create a story that is entertaining while still being profitable.

These professionals have many responsibilities throughout the production of their movies or show.

Producer vs Director – Wrap Up

The answer to the question of who is the boss, the producer or director, depends on where you are in your career.

For beginners and those just starting out in filmmaking, there is a clear hierarchy with the director at the top. The directors have a vision for their film and they need to make sure everything falls into place accordingly.

They need to be able to take charge of every detail from casting decisions, wardrobe, set design, and more. Directors also work closely with producers as it’s common for them to share responsibilities on films like financing, marketing, and distribution.

A producer’s job is to help manage the production of a film from start to finish. They oversee all aspects of the project, including budgeting, scheduling, casting, location scouting, and much more.

When it comes to directing actors or other crew members they may give instructions on how an actor should say their line or move in order to get the best result for each take. The director will then have the final say over which takes are used but if you’re working with a good team you’ll find that everyone has input into every stage of production.

A common misconception is that the producer or the director are in charge of everything. This may not always be true. Producers and directors have different roles, responsibilities, and powers.

The role of a producer is to get funding for projects and oversee production while a director has creative control over what happens on set with actors, props, lighting, etc.

They both work together to make sure the project comes out great but they can act independently if needed too!

Becoming a film producer is not easy. A producer’s responsibilities vary depending on the type of production they are working on but generally, they are responsible for overseeing all aspects of a project from start to finish.

When Were Movies Invented? A Complete History

What Is A Narrative Essay: The Definitive Guide

Surviving A Night Shoot: Our Essential Guide To Nights On Film Sets

What Is a Grip? Roles & Responsibilities For Film Crew Grips