By setting up their own film company, they imagine that they will better be able to produce  work that matches their creative vision – while at the same time transforming a “hobby” into a profitable calling.

Your business needs…to be run as a business

Some of the perks that come with running your own video company are that you can be your own boss and manage your own time. You will also be able to exercise more of your own creative vision and you will reap all the benefit from any profit that the company makes. After paying your taxes, of course. 😉 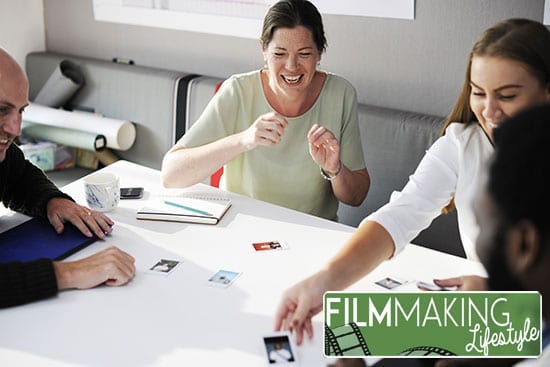 However, there will also be some cons to starting and running your own film company. One is that, as a business, you are now going to need to formalize your operations. You are going to have to hire people, like a video production assistant, and learn to delegate tasks.

As many freelance videographers are used to either being a one-man team or working with just a few select people, having to give up control can be difficult. But, to run a successful film company, you need to put together pools of people that you can trust to work on videos without your direct involvement.

After all, if you are really successful, you won’t just have one or two projects to work on at a time but several – way too much for you to handle on your own.

Whether a film company is big or small, the first thing it needs is a concrete business plan. According to Elliot Grove, who founded the Raindance Film festival and is a producer of both short films and feature films, a solid business plan can mean the difference between success and failure. 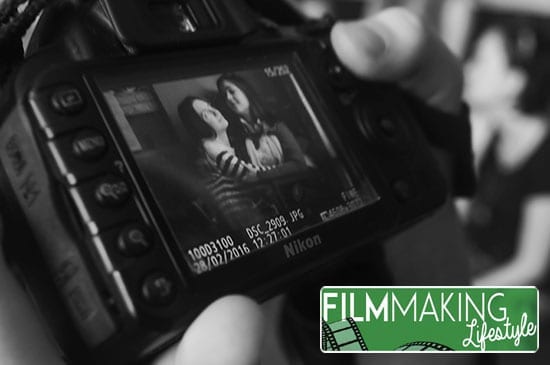 Start with the projects that you want to be involved with

Grove recommends that, before doing anything else to start up your film company, you think about what sort of films you want to produce, what video services you want to provide, and how you’re going to go about doing it.

You should also think about your team, who you have worked with and who you might want to work with again.

It will also help if you identify why you want to work with these people and, when looking for new people to work with – make sure they share these characteristics. You also need to make a budget, schedule and think about funding.

Grove also recommends that you set up a legal entity for your film company. First, you need to choose a company name and make sure that no one else is already using it.  They you need to register the company.  You will also need to get a bank account and register for local taxes. 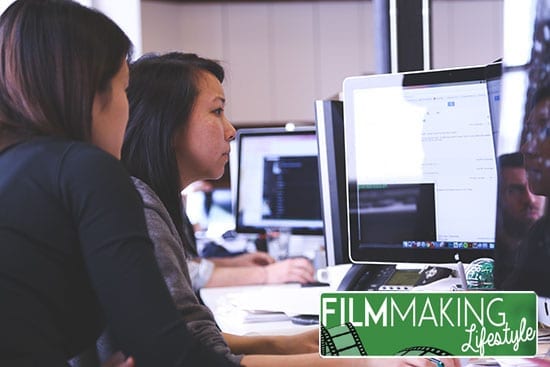 According to H. Wolfgang Porter, in the U.S., if you are setting up a filmmaking company you should contact the U.S. Small Business Administration for advice. They should be able to give you guidelines on how to start your business.

You will also have to decide what your business tax structure will be. The type of tax structure your company has will help determine what financial and legal protection you will have in case of litigation.

Jason Brubaker, also stresses the importance of legal and tax advice with setting up your film company. As soon as you have chosen a company name, you should consult with an attorney about how to establish a proper legal structure for the company.

Depending on what state you are in, there could be different laws regarding taxes. In many states, there are organizations of lawyers for the arts, or a state film commission.  These entities should be able to make sure that you keep your operation legal. 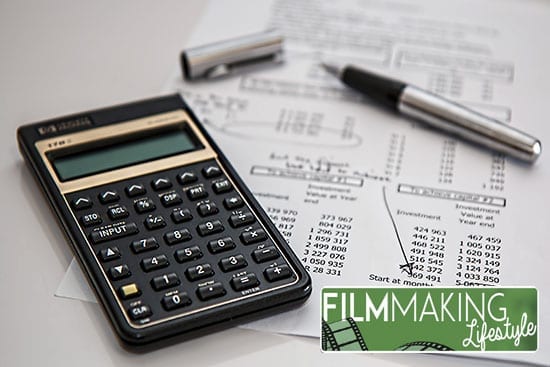 Once you have established your company, the next step is to set up your company brand. You need to create an image for your company that is unique and recognizable.

You need to create a logo, website and other business paraphernalia and marketing materials.  Make sure that these materials share the same look.

As we mentioned earlier, when you have a film company, you are no longer a one-man show.  You need to have a team that you can trust.

Becky Johnson of Prawn Productions advises that you look for people who you really connect with. The people you hire to work at your film company should be on the same page as you around 95 percent of the time. 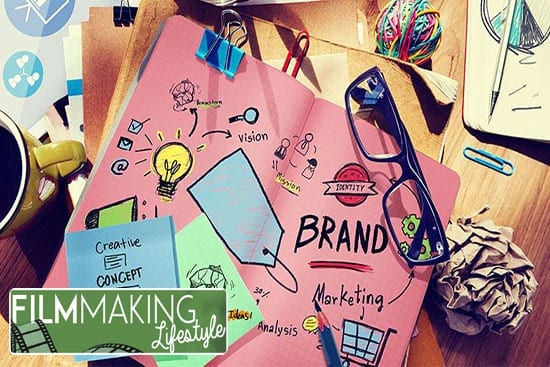 Johnson also cited two more characteristics of good film company team members. One is that they should be really committed to the company and the films that the company produces. Secondly, they should each have a useful specialty.

They don’t need to be experts in every part of the filmmaking process but, a good team should have members who specialize in part of the process.

Grove recommends that production companies form teams with at least 4 key personnel. You will need to have a head of development that will find and assess scripts that your company can produce.

Next, you need a head of production that will make sure that the filmmaking process stays on schedule and within budget.

The third member of the team would be the head of post-production, this would be the person in charge of editing the film and making sure that the finished videos deliver the desired messages and effects.

Lastly, you will need to have a head of film sales and distribution. 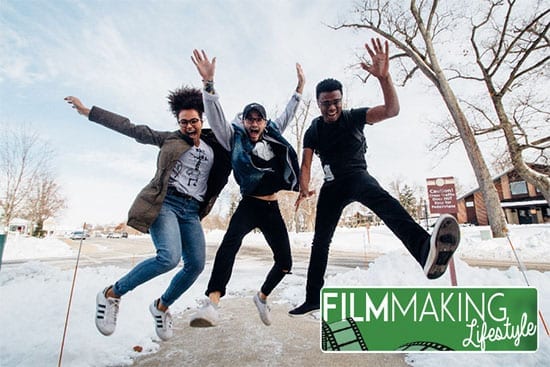 Show people what you can do

According to Johnson, another thing that a successful film company needs is a good show reel. You need to be able to show potential clients what you can do and the best way to do this is to show them the work that you have already done.

Having a good show reel is part of networking which is an important part of running a film company. Networking is one of the many ways that you can get new jobs.  You need to get out there and talk about your company and the work that you do.

You should also consider entering film festivals and contests, if you’re making narrative or documentary projects, for example.  Even if you don’t win, it will help build your reputation and let people know that you exist. 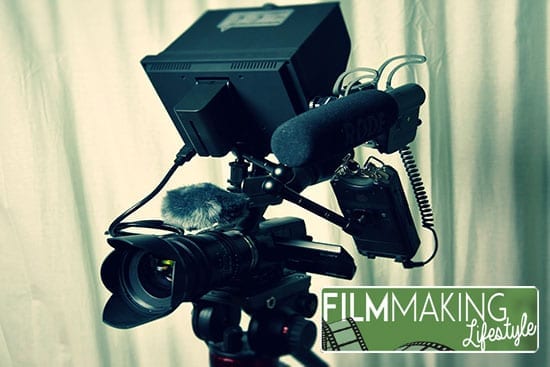 Producing great work and getting it out there

In this day and age, social media is an invaluable networking tool for video production companies, as well as more traditional film companies.

Social media is an easy and quick way to market your company and attract new clients. You need to establish an active social media presence and use it as a way to connect to current and potential clients.

Lastly, in order to run a film company successfully, you need to produce good quality work.  Remember that you are offering a professional service and clients are paying you to produce a video that will fit their needs.

If you don’t produce good video, if you act unprofessional, then they will not be happy with your service or with your work. This obviously goes without saying: but your reputation is everything.

At the end of the day, running a video production company that’s successful, you need to make exceptionally good work that your client will be happy about. If you make your client happy, then there is a good chance that they will come back to you with any of their future video production needs. Return clients are a reliable source of income that can help you keep you company afloat.

Not only that, but the exceptional work you do will encourage your clients to tell their friends and, in this way, you get referrals for your video services.

Word of mouth is still an invaluable networking tool, especially for a company that is just starting out. Referrals bring you new business and will help your company to grow.

Hopefully this article on running a video production company has been informative. We’ve included ideas for more traditional film company running here, too. Just in-case you’re looking to start and run a film production company, rather than offering services as a video business.

What have been your successes with running your video company? What would you do differently? Let us know in the comments just below here.

Flexible Filmmaker: How Being a Malleable Filmmaker Can Save Your Film From Script to Post

How To Film Wedding: Ultimate Guide [With Examples, Tips & Tricks]

The Top 4 Networking Principles For Your Video Production Company