This is the 31st instalment of this feature here on Filmmaking Lifestyle, where we chart the best-of-the-best from around the filmmaking and video production world. This article covers the best posts from April 2018.

Yes, here to breakdown the best filmmaking & video production articles and content from around the web.

April has come and gone, and it’s been another really busy month of growth for the site. Great to see more new faces around the site, in the comments and on social media. And I’ve been really happy to add a couple of new people to the Coaching Program last month.

Let’s get into the best from around the web this month!

Here’s an amazing guide to Getting on Netflix as an Indie Filmmaker. From the writer: “I compiled every resource I could find and culled the best of them, then categorized them into chapters. Hope it adds MASSIVE value to you!”

This is cool: 100 Years of Film History Retold with the Best Shot in Each Year.

You may be surprised, but at Cannes, Christopher Nolan said that he “couldn’t get into film school.”

Someone’s approaching bands and recording artists and asking them for copyright free music, then sharing with us all. Pretty helpful.

We started out the month with an article on Client Review & Approval Workflow.

Next up, we had articles on short film ideas and using music in film.

Following that, we had articles on how to earn money making stock footage and a piece on film investment.

Next up was one of our biggest articles in a while and it was about wedding videography gear. We called it the Complete Guide to Wedding Videography Gear and it’s a detailed read!

We rounded out the month three more articles on the best tripods for DSLR, making a low budget feature film and iPhone filmmaking.

Here’s a quick tutorial on converting a Lightroom preset into a LUT:

This month’s Picture of the Month is a a funny one from Reddit user /Sourcecode12. Here’s how to stabilize a $40k camera using $3 of duct tape! 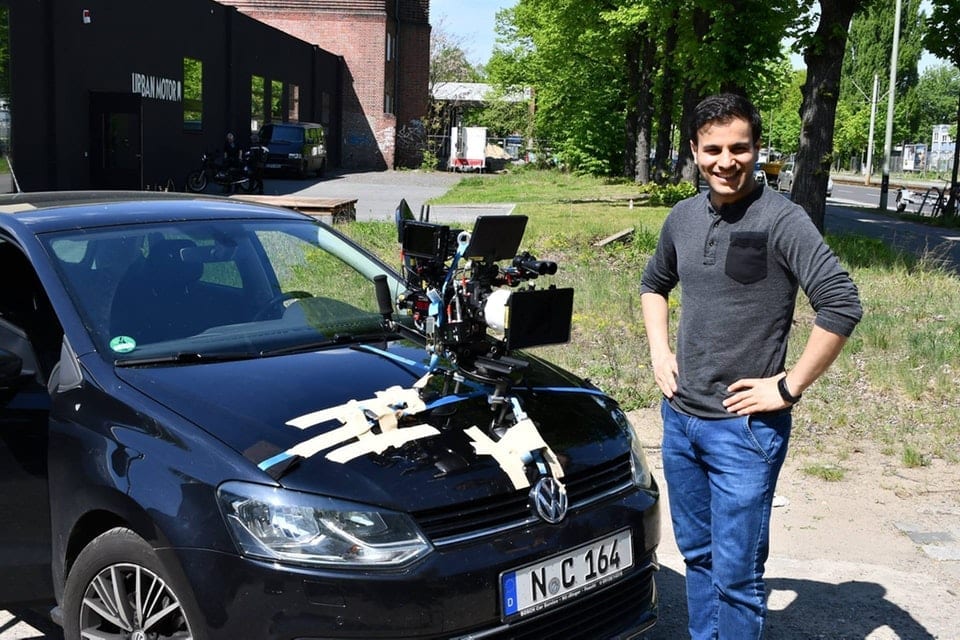 For this month’s Video of the Month we have a really useful tutorial:

Anything else you’ve found in the filmmaking / video production world online? Let us know in the comments below!

Blue Screen vs Green Screen: Which Is Best? [With Examples & Tutorials]

6 Tips For Directing Actors: Everything A Director Should Know

Movie Opening Credits: Complete Guide On How To Use Them