Film music is an integral part of the filmmaking process. Selecting music to fit your film, as well as deciding what pieces go with which scenes, is a real skill.

By now you may be asking: is there even a difference between songs, scores, and stock music?

Oh, yes there is, and don’t fret, I’m going to clear up the confusion between songs, scores, and stock music. As well as give a run-down of how they can be used in different projects, for different purposes.

What is Score Music?

You may have heard of one or more ways to describe score music, such as: underscore, film score music, scoring, or simply “Scores”.

So, what exactly is a score?

A score is a piece of music that has been written specifically for use in visual media, like a film. Scores are typically orchestral pieces with strings and classical instruments.

Modern scores, however, can include electronic instruments, which can express a more current and unique sound. The purpose of a score is to musically support what’s happening on screen. 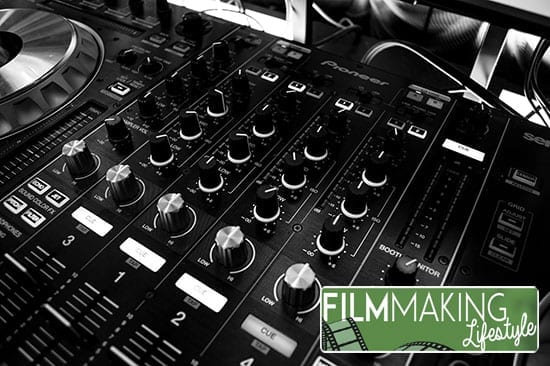 To create this musical support, director and editor must decide exactly when and where music should be placed within each scene of a film. Ultimately, the score should help communicate emotion, the story and/or a particular message to the viewer.

Who writes the scores? Scores are created by a film score composer. These composers are specifically trained in the art of creating music for film.

Composers often work long hours to create the best, custom music for a film. This often involves lengthy back and forths between composer and director in order to nail down the right sound and musical pieces (cues) for a film.

If you don’t have access to a highly-trained, film score composer, don’t worry! With the advent of music licensing, film directors, producers, and editors can license premade music, like scores, through online music libraries.

These libraries are great for the filmmaker keen on saving time and money since they don’t have to wait for a custom-made piece.

Another plus to online music libraries is that they reduce the risk of a composer’s music not working for the project. When licensing music, filmmakers know exactly what they’re getting before they break out their credit card. 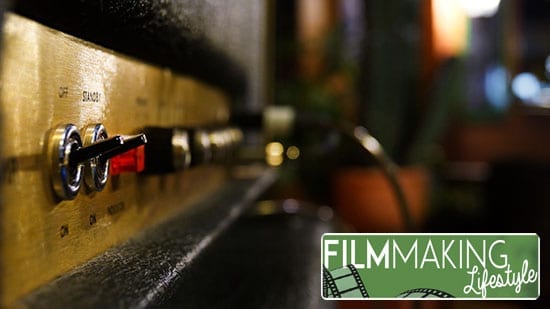 How Songs Differ From Scores

Songs are pieces of music typically created by bands and artists for the purposes of releasing albums. Songs may have vocals or may be instrumental pieces. They also tend to fall into genres (and even subgenres) such as indie rock, synth-pop, post-rock, and several others.

In the music licensing world, good quality songs are the most expensive, however, there’s been a recent push for libraries to have quality songs accessible for those with smaller budgets.

Scores, like songs, are also licensed. They are also more affordable than songs. When licensing high-quality scores, however, the price can be on par with a high-quality song.

Whereas songs are written primarily for album releases, scores are composed for visual media and film.

In other words, background scores are supposed to express an emotion, or support the storyline or video, without distracting the viewer from what’s on-screen.

Featured score music, by comparison, is usually placed in a scene where there is no dialogue and the music is more upfront. A good example of featured score music would be a montage scene – no one is speaking, but there is music and action within the scene. 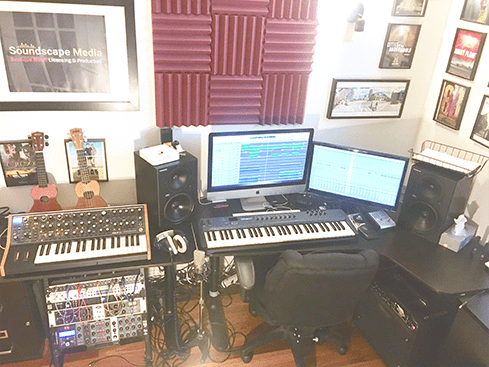 What is Stock Music?

Stock Music is written by stock composers to be licensed for use in visual media, such as low-budget, online videos.

Stock composers write a lot of music, really quickly, sometimes cranking out anywhere from 5-6 tracks per day! Quantity is often the goal for stock music composers.

As a result, many stock composers write music in several different styles, so that they’re equipped with a wide array of music, for any type of licensing project.

In my experience, composers who write music in several different styles, like stock composers, end up spreading themselves too thin. One can’t be a master at all styles of music.

Imagine if this were possible: music pieces would sound quite generic since there would be no specialization by musicians within a particular style.

Like bands and artists, composers who focus on 1-2 original styles, rather than many composing pieces in several different styles, are able to compose pieces with a more authentic and interesting sound, since that is their specialization.

A great composer is able to distinguish him or herself with a very unique writing style, that is likely more licensable than generic, stock pieces. 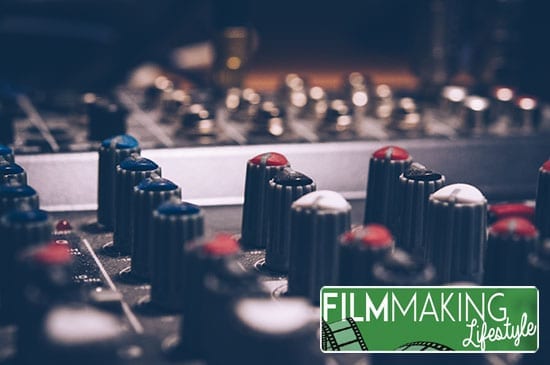 Typically, songs (as I’ve defined above) are more specialized than stock music. There is generally more time spent creating songs than scores or stock music.

Since they’re most often created to be featured on an album, they’re written to reflect a band or artist’s particular sound and style.

Another major difference between songs and scores, is the ways in which they are released to the public. Whereas scores are featured in films, songs are distributed to online streaming sites such as Apple Music, Spotify, Google Play and Amazon Prime Music, in addition to the ancient CD, and the classic vinyl record.

An artist/band would generally spend between 1-2 years working on an album with around 10-15 songs. A film score composer would spend about a month creating music for a feature film and the demands and hours committed would be long.

Stock music is quite different, where a composer may complete an average of 1-3 pieces of music per day. 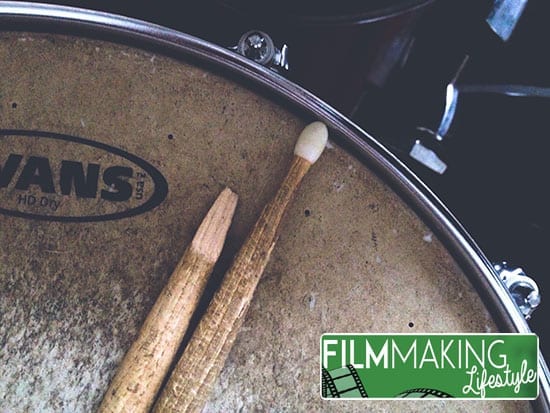 So which of these music types is the best to license for your projects? That would depend on what you need.

High quality score music can be great for film and more programmatic material as kind of an underlying “musical-bed”. Songs work nicely for a more upfront and featured sound, but can also work well for underscore as long as the songs are instrumental.

Try experimenting with different types of licensed music in your videos. Find what works for your video style, or for different situations.

As you go on experimenting, it will become easier to identify what music works, and what music doesn’t work. Eventually, you’ll know exactly what kind of music to look for, and it will simply be a matter of determining which site works best to find your music.

Written and Edited by Kyra Marskell. Sourced in Collaboration with: Jason Greenberg, Founder & CEO of Soundscape.io

We hope you’ve found this piece on film music useful. What questions do you ask yourself when selecting music for your films? What have been your successes and failures when choosing film music? Let us know in the comments below.

How To Earn Money Making Videos: 7 Steps to Selling Stock Footage For Profit

Flexible Filmmaker: How Being a Malleable Filmmaker Can Save Your Film From Script to Post

How To Decrease Entertainment Insurance Liabilities On Set: Complete Guide

Definitions of the Journey and Some Advice