This is the 26th instalment of this feature here on Filmmaking Lifestyle, where we chart the best-of-the-best from around the filmmaking and video production world. This article covers the best posts from November 2017.

The Best Posts Of November 2017

Welcome to another addition of The Best of Filmmaking & Video Production, the being our 26th edition of this feature.

The weather is turning colder. It can only mean one thing: winter. “Winter is coming,” as they’d say in Game of Thrones.

As always, it’s been a busy month here at the Filmmaking Lifestyle office. We’ve had plenty of new posts for you to sink your teeth into. I’ve also been working on a lot of course based content for you guys. As well as tweaking my Coaching Program, ready to accept some new members in the new year.

With that out of the way, let’s get to the goodies this month!

Let’s start with a cool piece I found on Enchanted Studios’ blog entitled A Beginner’s Guide to Camera Shots and Angles. A useful read for beginners and more advanced folks alike.

Pretty cool news that a 35-year cinema ban has been lifted in Saudi Arabia.

In strange news, Bryan Singer was fired from Queen biopic for not showing up.

Here are 9 filmmaking hacks in 2 minutes:

A filmmaker has earned the rights to film Stephen King’s Sherlock Holmes story in Wilmington.

Here’s a great masterclass on shooting documentary, with Mike Eley:

What’s been happening on Filmmaking Lifestyle? We started off this month with an article on making a screenwriting portfolio, which helps you get out there and get your screenplays seen.

Next up, we had a detailed piece of selling stock footage to sites like Depositphotos.

Also this month, we had an article on the 10 benefits video marketing can have for your clients.

We rounded out the month with an in-depth look at the use of shadows in cinema.

Here’s an awesome cinematography tutorial on “adding light and taking it away:”

Have you ever wondered how the BBC makes Planet Earth look like a Hollywood movie. This is an insight into camera and video technology that’s worth a look:

Want tips and tricks to be an even better Premiere Pro editor? Here are “5 Premiere Pro Tips and Tricks to Make you a Faster and More Efficient Editor:”

This month’s Picture of the Month is from a stabilized golf cart rig, courtesy of Reddit user FI-Z: 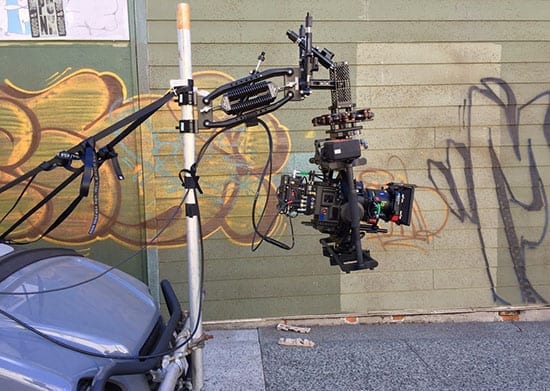 For this month’s Video of the Month here’s the great Ron Howard teaching film directing:

Let me know if you find anything else out there that you feel is worth mentioning. Let us know in the comments below!

Catch you around the site!

4 Techniques to Create Advanced Staging in Your Films & Videos

What Is Voice Over? Definition, Examples & How To Use It Correctly

How To Find Your Voice, Your Market And Elevate Your Career In Filmmaking

4 Must Haves For Filmmaking Companies To Get Started