What Does the Producer Do? A Guide to Producing

Today we’re taking a look at the role of the film producer and looking at what does the producer do in the movie production process.

The visual medium is the most impactful one compared to others because it has the most influence on the audience. When you see a photograph, video or film, it will be registered and imprinted in your memory for long time.

The art of film production has been around for centuries with the first ever silent filmed being produced in 1888.

Over the years, this field has evolved and become better with new high-tech advancements.

In this day and age, the producing film is way easier compared to the time of its inception. After all, there is state of the art equipment available that brings out excellent quality in the final product.

But where there is ease, there are some problems too. Let’s take a look at the different career arcs available in the world of film producing. We’ll answer a number of burning questions about the production process that I’m sure you have, as well breaking the process down into it’s component parts.

We’ll also look at producing from a range of perspectives, within both traditional film production, as well as modern video production. By covering all bases, I’m hoping that we can answer the question: what does the producer do?

What does the producer do for a successful film?

With time, the film production art form has become more detail-oriented. Video and filmmaking in this era demands perfection in production with everything on point.

As the video and filmmaking industry has become more easier to enter, its access to the masses has also seen a rise. Due to this reason, there may be as many critics of your work as there are admirers!

So, you’ve got to be on your toes every time you venture into a new production project.

What does the producer do? That is a big question in your mind right now. This article will give you an insight into video production, filmmaking and the business side of both. 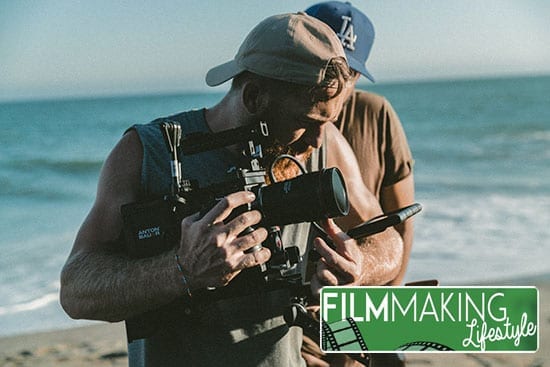 This is the initial step of the process which involves the homework, research and planning of the project. The producer has to arrange resources like finances, location, screenwriter, director, cast and crew.

After managing all of it, there are many brainstorming sessions conducted between the producer and his subordinates. A plan is devised to run the operations with the consent of every stakeholder.

After the completion of pre-production, the phase of production starts. It includes mobilizing resources for the shoot itself.

The producer is in coordination with everyone from runner to the director. But, of course, there are middle managers at all steps of the process and a hierarchy in place. This is more evident the larger the film’s budget.

There is a big team that is working together to manage everything on the set. It is a mutual effort where every team player has to play their part for a successful production.

When everything’s wrapped and the ‘film’s in the can,’ it’s time to move onto the post-production process.

The post-production process succeeds the production phase of a film. In this phase, the editor works to edit the film together. This is an intensive part of the filmmaking process and often involves many meetings with the director, the producer and sometimes other members of the team.

The film edited, color graded, dubbed and more during this phase of the film production process.

This phase involves the quality assurance process and critical analysis of a film before release. The promotion and release of a film are also included in this phase. 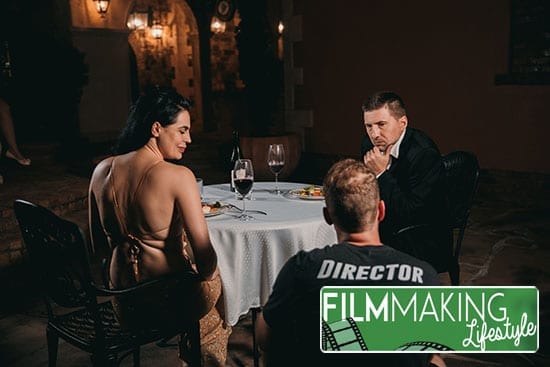 What Does the Producer Do – Video Production Perspective

Videomaking was once seen as a hobby. Something that only grey haired men with expensive (and unwieldy!) cameras could do.

It has, in the last 20 years, become a serious profession with millions of aspiring newcomers around the globe learning this art form.

There are so many platforms where you can put your videos to reach out to a bigger audience like YouTube, Vimeo Dailymotion, etc.

The producer is the captain of the ship as far as management goes. He has to look into all the component parts of a video production from feasibility to resource allocation.

Let’s take a look at some of the factors that are involved in video production:

The content is the foundation on which the structure of video production stands.

It includes the storyline, plot and scope of the video. If your content is strong enough, your video is more likely to receive appreciation and return on investment.

The videography is another important aspect of video production.

Like cinematography, it includes the technical side of the project including camera handling, lighting and video editing.

The logistic support plays a vital role in the success of a video. This involves organizing all the resources from equipment to staff.

If you have a good logistical support, the creative process becomes easier. 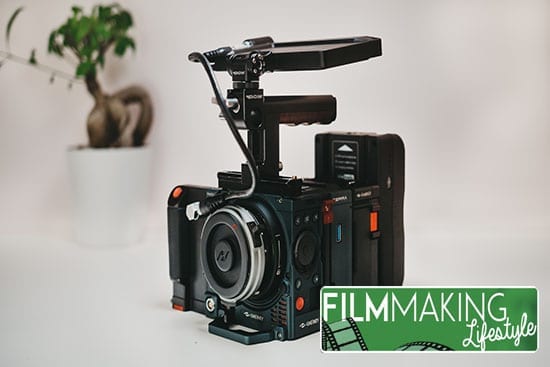 The craft of filmmaking is a rich tradition and should be reserved only for those who have an intense passion for it.

From the moment a film is conceived to the finishing tweaks, it’s a process of evolution. Every film reaches the cinema in its most refined form after incorporation of many changes.

Even though filmmaking is an extension of the kind of cinematography inherent in video production, its huge scope and grandeur gives it a whole new dimension.

If you compromise on any aspect of the process, your film might end up in the flop category.

So, when stakes are so high, what does the producer do? The answer to that question lies in the following important (and often overlooked) components of the filmmaking process:

Being aware of the likes and dislikes of your audience is very important. You have to put yourself in their shoes to judge your film honestly.

In this way, you can do a critical analysis of your film by yourself and the finished product will come out stronger.

Directing is an integral part of the entire filmmaking process. And not just during the production phase itself.

Without a good director, a film can never become successful. The director is the puppet master who guides the actors in adopting a role and it’s his vision that brings the magic into being – from screenplay to screen.

Casting is another important factor in film making. The face value and popularity of the actors can, after all, contribute heavily in deciding the fate of a film.

Some films become hits just because the cast includes famous names. So, you should be cautious while selecting the cast of a film. Of course, one badly cast character can ruin an otherwise fantastic film.

Good acting skills are also very important in making a film successful. If you have a very good story in hand, but the actors are not able to perceive it correctly, or do justice to the roles, then it’s all in vain.

So, while hiring your actors, you should focus on ability and their skills in adapting to a specific role. Not just their name value or price tag.

The distribution is the medium from which the producers derive the return on their investments.

When a film is completed, the producer or production company decides the platforms to distribute the film.

A large chunk of a film’s distribution is directed to theater owners with fixed amount of screen time. The other mediums to showcase a film are television, DVDs, internet streaming, etc.

How to make a film profitable?

Great filmmaking is one thing. Making it profitable is another. You can never predict the response that a film will get. Many people try.

A lot of things can go wrong, and you should have a plan to tackle them. It is not an easy job by any stretch of the imagination.

So, what does the producer do? The guidelines below should be followed if you want a good return on your investment:

Set your priorities and invest in them

First thing is to have a clear mind about your priorities. You should focus more on the important factors rather than on less significant ones.

For example, if you invest a lot of the film’s budget on casting and don’t have a good director or equipment, your film will likely not be successful.

So, try to balance things out and invest in things that can have a big impact on the outcome of the film.

Distribute the film on multiple platforms

Distributing on multiple platforms, and therefore getting your film seen by the greatest number of eyes, increases the probability of you getting a great return on your investment.

So, if you distribute your film on lots of mediums, it’s more likely to give you an effective return.

The promotion of a film also has an impact on the box office numbers. And this is a central responsibility of most producers.

You have to reach out to your audience effectively by building hype around the film. A better promotion means that more people know about your film. And, therefore, are more likely to turn up to cinemas to watch it.

We hope you’ve found this article on what a producer does useful. Have you been a producer and have some good advice to share? Let us know in the comments section.

Filmmaking & Producing: The Making of a TV Show

How To Get Into Film Industry: A Complete Guide To Getting Into The Film Business