Charlie Kaufman is one of Hollywood’s most unusual screenwriters, having penned such bizarre and brilliant films as Being John Malkovich and Adaptation.

He has a knack for telling stories about stories and for leaving viewers with a lot to think about.

Charlie Kaufman is one of Hollywood’s most respected writers. His scripts are complex, funny and filled with psychological twists.

With movies like Being John Malkovich, he has shown creativity and a keen eye for the weirdness that lies within humanity. Here are some of his greatest films.

These are the best Charlie Kaufman movies, ranked by movie fans with film trailers when available.

Eternal Sunshine Of The Spotless Mind (2004)

Eternal Sunshine of the Spotless Mind is a 2004 science fiction film written by Charlie Kaufman and directed by Michel Gondry.

It follows Joel Barish, played by Jim Carrey, as he undergoes a procedure to erase the memories of his ex-girlfriend Clementine Kruczynski, played by Kate Winslet.

Eternal Sunshine Of The Spotless Mind is set in an alternative reality where memories can be erased through technology.

The film centres around Joel Barish, who struggles with his memories of Clementine Kruczynski after their relationship breaks down and she has him erased. Jim Carrey gives one of his best performances as Joel; conflicted and confused over whether to remember or forget Clementine.

He goes though a range of emotions, from manic and angry to lost and lonely.His performance is very raw and real, making you feel every emotion he does on screen.

He’s supported well by Kate Winslet, who plays Clementine with a good balance of strength and vulnerability that makes her character very likeable.The script is a triumph for Charlie Kaufman, who manages to make a story about memory loss both entertaining and thought provoking at the same time. 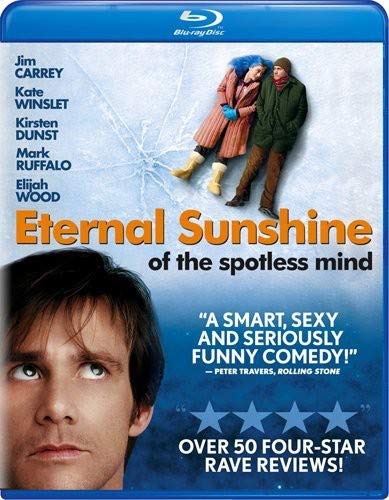 Eternal Sunshine of the Spotless Mind [Blu-ray]
$9.99
View on Amazon

The film’s title refers to the process of adaptation, in which a writer modifies the story told by a novel, play, or other medium to make it into a film.

The main character, Charlie Kaufman, is hired to write the screenplay for The Orchid Thief, based on Orlean’s book about orchids and their smuggling.

Kaufman becomes so engrossed in adapting the book that he struggles to divorce himself from the narrative in order to actually finish writing it.

He finds that his twin brother Donald has written a draft of the script based on his own life experiences, but refuses to allow Charlie to read it until he completes his first draft.

He finds that Donald has changed the book significantly and is upset at having not been given credit for his work.

Eventually Charlie surrenders himself to adapting the book literally at the expense of losing his own identity in the process. 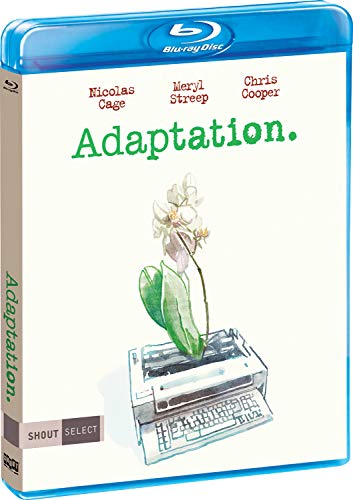 John Malkovich plays Maxine, a dowdy office worker who discovers the portal in a bathroom. She meets Craig Schwartz (John Cusack), a puppeteer who stumbles upon the portal and becomes famous as “Bert” performing in the puppet show within the movie.

Lotte Schwartz (Cameron Diaz), Craig’s wife, is jealous of all the attention Bert is getting. Maxine and Craig become lovers, and they start to fantasize about what it would be like if they could take over John Malkovich’s body.

They go to see LesterCorp’s CEO and owner Jackman (Orson Bean) and get permission to go into John’s brain for 15 minutes every day.

The two puppeteers talk with each other through their marionettes, with Maxine in her own puppet show at LesterCorp headquarters, while Craig performs his own show at his apartment.

The two share their lives with each other during their time in the portal.Maxine encounters John Malkovich (playing himself) at a party thrown by LesterCorp for its employees.

The portal has been open for three months, but no one knows how long it will last. 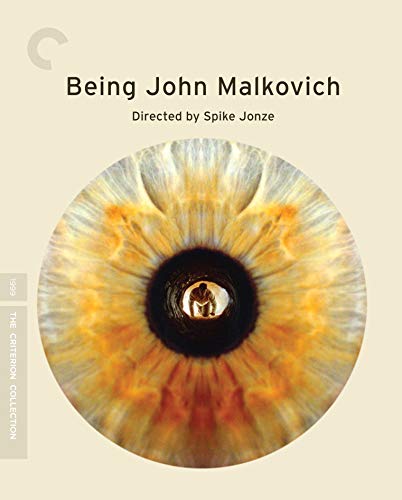 As their lives unravel they move from Manhattan to a town called Synecdoche, New York. The title refers to theatrical terminology for the use of a part to represent the whole of an object (e.g., calling “a door” instead of “a door”), such as in the phrase “life is a stage”.

The movie opens with Caden Cotard (Philip Seymour Hoffman) interviewing for an artistic directorship at the New York City Ballet Company. He asks if he can have the position because he has been working hard for many years preparing for the job.

The interviewers reject his request for an explanation of why he should not be hired. A year later, after having spent all of his savings on constructing a miniature theater inside a model of a cow’s digestive system, Caden meets Adele (Catherine Keener), who also works in theater.

The two become romantically entangled despite an age difference (she is 38 and he is 35). 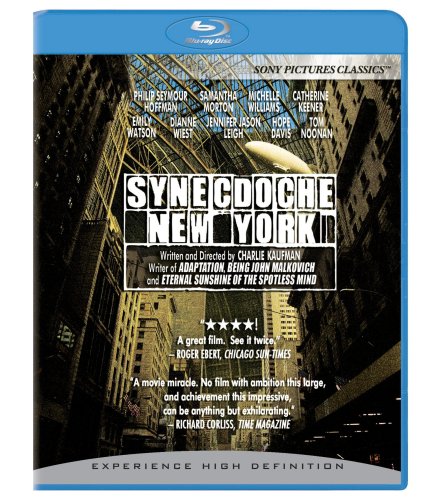 Who Is charlie kaufman?

Charlie Kaufman is the writer and director of films like Synecdoche, New York and Being John Malkovich is one of the most influential minds in cinema today.

His intricate writing style and ability to think outside the box have led him to write some of the most creative screenplays in Hollywood.

Characterized by a surrealist bent, Kaufman’s work often involves meta-filmmaking, meaning that the film is about filmmaking itself. He also is known for his ability to create characters that are incredibly complex and nuanced.

The films he has written have received critical acclaim throughout his career, including an Academy Award for Best Original Screenplay for Eternal Sunshine of the Spotless Mind in 2004.

“Anomalisa” is a stop-motion comedy film written and directed by Charlie Kaufman, and co-written with animator Duke Johnson. The film is based on Kaufman’s 2005 screenplay of the same name, which was adapted from his 2003 novel of the same name.

The film follows a man crippled by the mundanity of life as he deals with his crumbling marriage and the possibility of having an affair with a woman he meets at a hotel.

The film stars David Thewlis, Jennifer Jason Leigh, and Tom Noonan, who respectively provide the voices for Michael Stone, Lisa Hesselman, and all other characters in the film except for Michael and Lisa themselves. 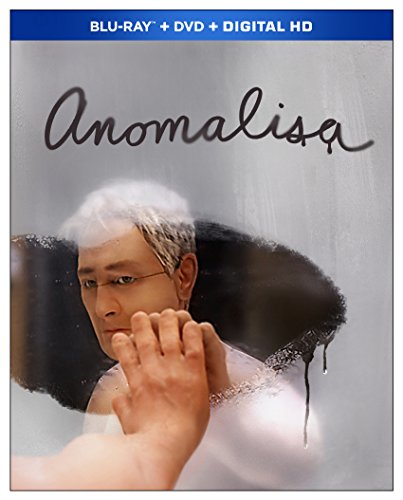 Confessions of a Dangerous Mind (2002)

Confessions of a Dangerous Mind (2002) is a biography of the American author, game show host and inventor of the board game “Trivial Pursuit”, George Plimpton.

The film was directed by George Clooney, who also portrays the lead character. The film opens with a sequence which acts as a prologue of sorts to the main feature-length presentation.

In it, we learn that by the year 1984, a game show has been launched in which contestants try to answer questions about knowledge and events in their lives that have occurred since they were born.

The star of this show is one Chuck Barris (played by Sam Rockwell), who is not only its creator but also its producer and an integral part of its on-screen presentation.

As it happens, the competition is rigged and Barris himself does the choosing of winners and losers off camera – it’s all a ruse to make people believe that anyone can win at anything.

Barris’ personal life has hit a low ebb: his marriage to his wife Vikki (Elisabeth Shue) has broken down and he’s now working on another show – one in which he will interview ex-assassins in an attempt to discover what makes someone want to kill another person 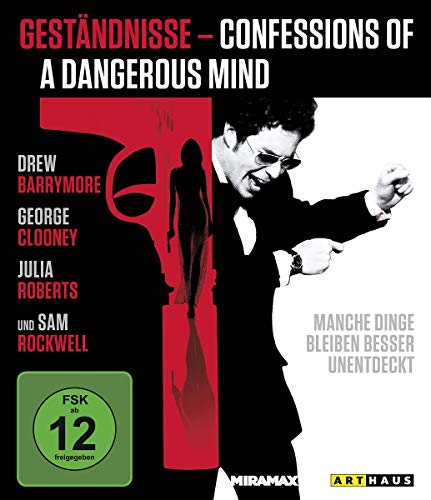 Geständnisse - Confessions of a dangerous Mind
$11.19
View on Amazon

The film follows a woman who is questioning her relationship with her boyfriend while traveling to meet his parents at their secluded farm.

The film received positive reviews from critics, with many praising Kaufman’s direction and script, as well as the performances of Buckley and Plemons.

Human Nature is a 2001 American-French comedy-drama film written by Charlie Kaufman and directed by Michel Gondry in his feature film directorial debut.

The story follows Nathan Bronfman (Tim Robbins), a man trying to create a hair-growth formula for laboratory mice but instead creates a potion that causes human body hair to fall out.

Lila Jute (Patricia Arquette) is then discovered hiding in the forest as a feral being raised by apes and becomes famous for her wild nature.

As she attempts to adjust to society, Nathan falls in love with her and tries to help her adapt to modern life.

However, Lila becomes angry when she learns of the use of her hair for commercial purposes and runs away from Nathan’s laboratory, where she finds herself back in the forest where she was raised.

Human Nature had been in development since 1994 when Kaufman first wrote the script. Gondry later read the script and expressed an interest in filming it with Kaufman. 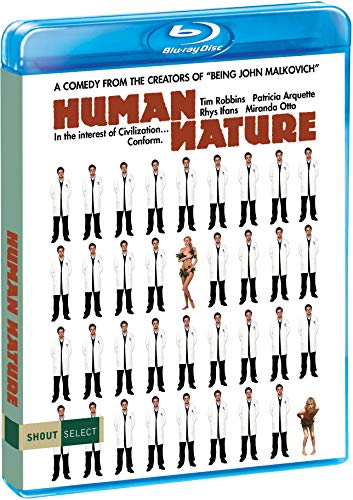 What Is Charlie Kaufman Known For?

Charlie Kaufman is an American film director, producer, and screenwriter. He is famous for being a part of writing the movies such as Being John Malkovich and Adaptation. But what exactly do we know about him and his work?

Terence “Terry” Ross Kaufman, better known as simply Charlie Kaufman, was born on November 19, 1958 in New York City. He grew up in Massapequa, New York with his parents Helen and Donald Kaufman and his brother Patrick.

Kaufman attended high school at Massapequa High School South during the 1970s. He was interested in writing from an early age.

In fact, he wrote his first play at the age of ten. After graduating from high school in 1976, he attended Boston University where he earned both his BFA and MFA degrees in film production. It was there where he met fellow school mate Spike Jonze (who later became a successful director himself).

After college, Kaufman moved to Chicago where he got a job as an advertising copy writer at an agency called Needham Harper Worldwide for seven years.

During this time, he wrote many short scripts which were eventually turned into the movie Being John Malkovich (1999). This was the beginning of his career as a screenwriter. Since then Kaufman