Panasonic’s GH4 might seem like just a camera on the outside, but it represents more than that. When it was released, it became the first consumer viable camera that could shoot videos in high-resolution 4K format. We’ll be covering the best lens for GH4 in this article, along with discussing the pros and cons of each along the way.

Indie film productions, video reporters, event filmmakers – many use the EOS series as a professional camera for photography and filming. And these cameras have really revolutionized what we can do with affordable lightweight cameras.

And then along came the Panasonic Lumix GH4.

As mentioned, it was the first commercially accessible camera that can shoot videos in high-resolution 4K format. Panasonic’s camera is all about filming first and foremost. There are countless modes and settings and we’ll cover some of those later in the article.

For now, let’s take a look at what we consider the best lenses for GH4.

If you want to get the best out of your Lumix GH4, you’ll need more than one lens. This will enable you to cover multiple focal lengths and shooting situations.

Here are our picks for the best lenses for the GH4.

This telephoto lens is really worth a look. The Olympus M.Zuiko Digital ED 40-150mm f / 2.8 Pro lens is a convenient and very compact, by the standards of its class, lens.

This is the tool that should be in the arsenal of every owner of the mirrorless Olympus GH4, especially those videographers who work on a range of different types of projects.

It is no coincidence that this zoom lens was released next to M.Zuiko PRO series after the “regular” zoom of M.Zuiko Digital ED 12-40mm f / 2.8 PRO.

As in other systems, these two lenses make up a classic pair that allows you to cover a large range of focal lengths and get professional-quality work.

Highly recommended by us. 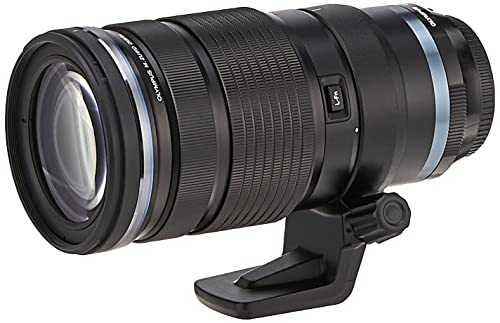 The optical scheme of the lens consists of 14 elements with a multilayer coating in 12 groups, including three aspherical elements and two ED elements made of glass with ultra-low dispersion.

It should be noted that Power OIS Image Stabilizer is twice as effective as Mega OIS Metal Bayonet.

This covers the wider focal lengths, and so represents more variation than the 40-150mm lens already discussed. However, you’re compromising on aperture in order to have that greater distance. 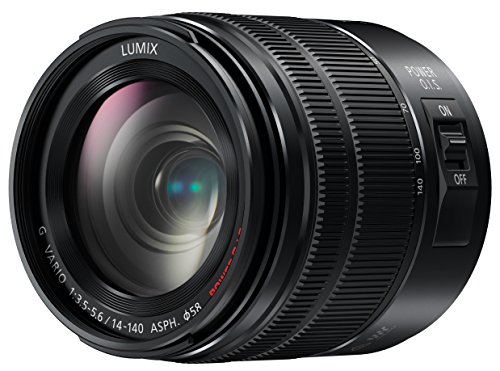 What Is The Lumix GH4?

The Lumix GH4 is a popular camera that offers many features and benefits to the user. With an interchangeable lens, it has a lightweight body so you can carry it around all day without feeling weighed down.

The Lumix GH4 also comes equipped with in-body stabilization for video recording which eliminates the need to use external equipment like tripods or gimbals.

It’s one of the most popular DSLRs on the market. It’s a camera that can be used for professional shoots, like weddings, and personal projects.

The GH4 is a mirrorless camera that’s perfect for filmmaking. It has 4K video recording, two SD card slots, and is known for its superior image quality.

Let’s talk Tamron. The Tamron 14-150mm F / 3.5-5.8 Di III VC is a really useful lens that represents a more budget-friendly alternative to the above-mentioned 14-140mm. You’re also getting an extra 10mm in focal distance at the top end, too.

The lens with a range of equivalent focal lengths of 28-300 mm is equipped with an autofocus stepper motor and an optical stabilizer. At the same time, its weight is only 280 grams.

The optical circuit unites 17 elements in 14 groups, one lens from a low-dispersion glass is applied. The diaphragm is seven-petalled. 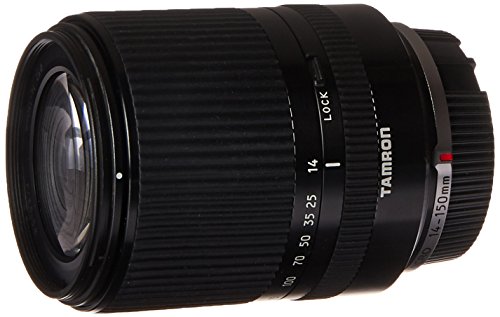 The Olympus M.Zuiko Digital ED 75-300mm f / 4.8-6.7 II  is your choice if you like to shoot from afar. It does not matter: animals, birds, sports, travel work, or landscapes. With all these tasks, the lens will perform excellently.

At the same time, the size and weight of the lens are more than modest. However, there are no compromises with image quality.

This is one of those lenses that make the Micro 4/3 system really unique.

However, the compromise here is the aperture range. Won’t slow you down too much for photos, but will make video work especially difficult in low-light environments. 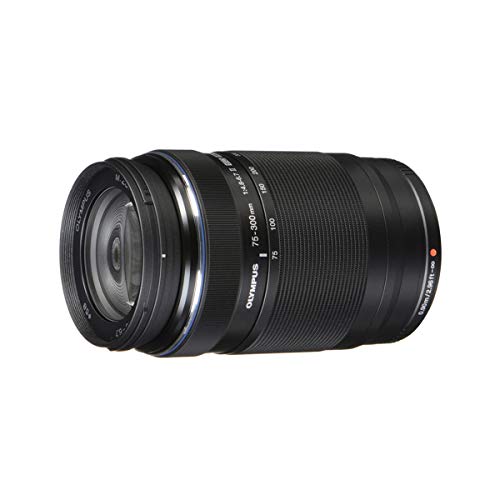 Made without gaps in the housing which provides dust and moisture protection. The tripod adapter also does not block access to the lens controls.

Again, there’s a big compromise on the aperture, which doesn’t exactly lend itself to low light performance. Still, if you’re not buying it to shoot in low-light environments, then it’s still a really useful and effective telephoto lens. 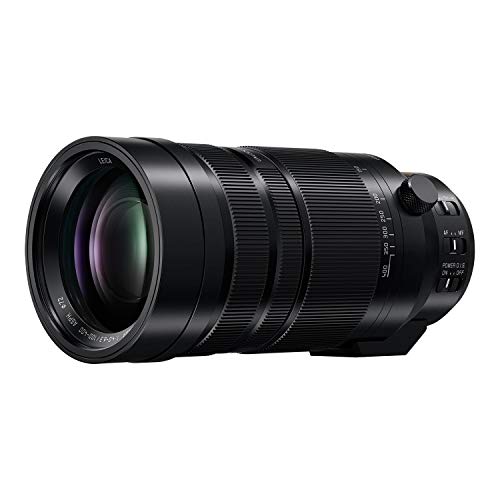 Advantages of The Lumix GH4

• The Lumix GH4 is one of the best in Panasonic’s line of rugged, resilient cameras that are ready to be taken on the go anywhere.

• The camera is great for all types of users: adventure seekers and professional filmmakers alike.

• It features a new 20-megapixel sensor that will produce high quality images with low noise levels .

• Users can also record 4K video at a maximum frame rate of 30p.

• Get better control over your camera settings.

• Uses a powerful sensor that captures uncompressed video before post-processing (which minimizes the need for heavy editing).

Again, as with a lot of the Olympus M.Zuiko lenses, you’re going to take a hit in the aperture department, rendering it of little use in low-light situations. 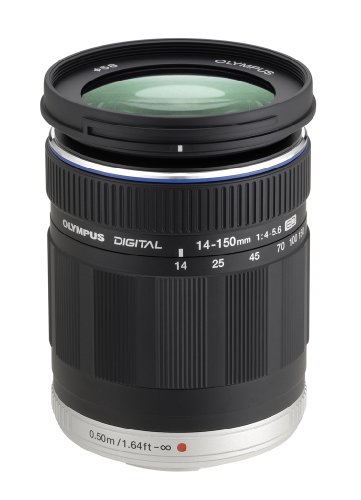 The Panasonic Lumix GH4 camera itself

At first glance, the GH4 looks like a small SLR camera. The device looks solid in the hand. The surface feels sturdy.

Nevertheless, it weighs much less than a Canon EOS 5D Mark III, which is a direct competitor, at least in the video field.

Lenses are much heavier and larger for the EOS 5D Mark III, too. You’ll notice that the Canon has a twice as large full-frame sensor. This makes housing and lenses much larger.

Quite apart from the fact that you can count on great visuals when it comes to the display, the GH4 display pops out from within the camera, enabling easy use in all kinds of shooting situations.

Display for all situations

Comparing the GH4 again with Canon’s 5D range, yet another difference is noticeable at first glance at the two cameras. The GH4 has an electronic and touch-sensitive display that can be kept unfolded in every situation. This offrs great flexibility for the user and that is not completely insignificant, especially for amateur filmmakers.

The focus area on the display is positioned effectively to easily be changed with one’s fingers.

The Canon, however, has a permanently installed display. It is not sensitive to touch either. So if you want more than just placing the camera all the time on a tripod or a portable frame right in front of your own nose, you have to mount a display.

In addition, the GH4 has five freely programmable function buttons, which can be assigned depending on the photo or video mode. Once you have filled them with features according to your own taste, the camera is even more of a pleasure to use.

As a photography camera

As a camera for still images, the GH4 is not a complicated to us, but still offers a fair amount of bells and whistles.

Firstly, it offers a sensor with 16 megapixels. With good light and unprocessed RAW format, it makes sharp and neutral images. With its natural output sensitivity of 200 ISO, it can compete well with the competition that often have larger sensors.

Bright and dark areas of the picture are well displayed in this area. However, 16 million pixels are no longer the top of the resolution. And monotonous areas such as gray walls or areas of skin even show a slight noise even at this low sensitivity.

The autofocus makes an excellent impression at first glance. The camera is pretty fast in this regard.

The GH4 with its 49 autofocus sensors has six autofocus modes. Face recognition, tracking and so on and so forth.

Best Lens for GH4 – In Conclusion

Now, when you’re making a purchasing decision on what lenses to buy for the GH4, there’s obviously a lot to consider.

This is a powerful camera with great image quality. It might be a little dated now, but this means you can pick the camera up for a really reasonable price, especially second hand.

Always of relevance when you’re buying lenses is to look at compatibility with other cameras you might have. Is there an adapter you can use if you want to use a lens on multiple cameras from different manufacturers? Or maybe you just want to use one of these lenses on the GH4 and nothing else? These are questions you need to consider.

We invite you to do your own research and really look into the different lenses discussed here. As mentioned, there is one best lens for the GH4, different lenses have different purposes – whether it be focal distances or use cases for different shooting scenarios.

We hope this article on the best lens for GH4 has been instructive. Did we miss out your favourite lens for the GH4? Let us know in the comments below here.

Best Zoom Lens For Canon in 2022: 4 Awesome Zoom Lenses On the Market