When you start your journey as a YouTuber it’s okay to start with whatever equipment you have. But you may be wondering what is the best camera for YouTube?

Now, it’s interesting to hear that a lot of YouTubers started filming their videos with just their phones or cheap cameras and moved on from there.

However, as you start to gain an audience you’ll want to update your equipment to give your channel a facelift and attract new people while rewarding older followers for their commitment. We all like it when a YouTuber appears to us in crisp high-res video.

Much like anything that has to do with photography, there’s a different tool for each different need. What camera is perfect for you depends entirely on what you want to film with it.

Obviously, a reviewer who wants to set his camera on a tripod and talk to the camera will use a different camera to someone who films traveling vlogs, for example.

So be very wary of what type of content you want to put out on the platform before you choose the camera.

To start off with, here are a few of the top-selling cameras for vlogging on YouTube.

For today’s guide, I’m going to talk about the different kinds of cameras you can get for each type of content you film.

I will talk about what to look for and what to avoid.

Finally, I’m going to list the best cameras for each category in my humble opinion.

If you’re just starting out and are on the lookout for what you need to get as a first-time YouTuber you’re in the right place. So, without further ado let’s get to it.

Now let’s get to the meat and potatoes of this guide.

If you’re filming videos in the first category I strongly recommend a compact camera. Panasonic is a leading manufacturer in this regard. The Panasonic Lumix DMC-LX15 is perhaps my favorite of their offerings.

Why? Well first, It has excellent image quality. It is able to record both Full HD video and 4K at 30fps. I recommend you stick to 1080p so that you get some fine quality out of this one. But besides good image quality what else does it have?

Despite its clunky and bulky-looking design, the camera is easy to use. You can quickly familiarize yourself with the controls which are good.

You don’t want a camera that’s so complicated it frustrates you just looking for the video mode.

It’s also built well enough that it can hold itself just fine in any situation. Just don’t drop it or set it up in an unstable place.

The Panasonic Lumix DMC-LX15 is priced reasonably. It might seem a tad excessive at first but for a premium compatible camera with a wealth of amazing features, it’s worth it.

If you want the best possible camera for your youtube videos, I recommend this one.

I understand If you don’t want to spend big money on a camera. Most people don’t have the budget and that’s completely fine.

There’s always an alternative. For someone who wants a decent camera at a good price, I recommend the Sony Cyber-shot DSC-HX9V.

Sony’s offering is excellent for beginner YouTubers. The camera shoots in full HD but there’s no 4K which is to be expected in this price range. But like I said before, 4K doesn’t really matter.

This one also offers stereo sound recording. You don’t see many cameras in this range focusing on audio. Thankfully, Sony included this feature here.

In terms of design, this is one slender camera that won’t take up any space. The controls are even more streamlined here making for an easy and quick setup for any shooting session.

It’s just solid enough that you can feel its high quality but it’s nothing too special either. So it’s a solid camera for the price.

Speaking of price, the Sony Cyber-shot DSC-HX9V is priced at a pretty reasonable amount. If you want a good camera to get you started on your Youtube career but don’t want to invest too much money, this is the perfect camera for you. 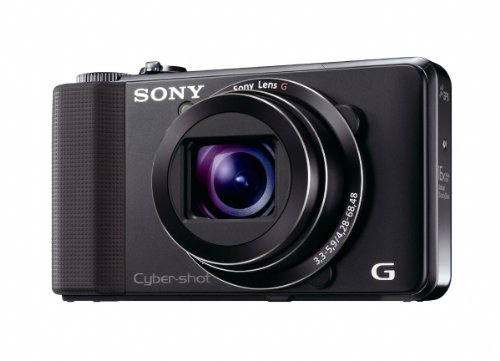 YouTube has been around for many years now, and it’s safe to say that we’ve seen some changes as technology has progressed.

One of those changes is the introduction of video cameras in addition to standard webcams. Cameras are great because they provide a better quality video than webcams do and can be used for different types of content.

There are few companies out there that make action cameras as good as GoPro. The GoPro Hero 8 boasts many features that make it a perfect vlogging camera. If you’re a vlogger you’ll want to sit and pay attention.

First of all, the camera shoots in full HD at 1080p. It also shoots 4K in 60fps which is handy if you need it for b-roll footage.

The camera also has some wonderful image stabilizer software called Hypersmooth 2.0 which makes all footage butter smooth at any resolution.

The Hero 8 also has its own foldable mount which comes in handy since you have to buy a separate mount for other action cams.

In terms of design and quality of build, this one is a winner. It’s a slim and light action camera. You can easily pack it in your pocket (provided you’re not wearing skinny jeans). Despite its slim build and lightweight, the GoPro Hero 8 is a solid camera.

It is shockproof thanks to the protective glass and it’s also waterproof due to a door that directly shields the batteries and SD card slot. So if you’re traveling or even visiting the wilderness with this one you’ll have nothing to worry about.

When it comes to pricing, I think this one is neither the cheapest nor the most expensive action camera out there. And the price is incredibly reasonable for the features you’re getting.

If you want a solid action camera that’ll give you great quality and value for your money, this is it.

• Much better lens choice than using a smartphone or tablet.

• Capture your own ideas, thoughts, and creativity.

• Enhance your brand by providing a cohesive lookto your content.

If what you really care about is portability this one will definitely interest you. DJI surprised us with the release of the DJI Osmo Pocket, one of the most compact and small-sized action cameras in the world.

But portability isn’t its only feature. The DJI Osmo Pocket came with many wonderful features that impress.

Firstly, This camera shoots 4K video at 60fps. More importantly, it films in full HD at 1080p. The image is crisp and the image quality is sharp.

This is definitely surprising for a camera of this size. The DJI Osmo Pocket has a few other tricks up its sleeves though. For one it has 3-axis image stabilization built into it. This one is analog as opposed to software-based like the GoPro. In my opinion, it gives better results.

When it comes to design, the DJI Osmo Pocket is the size of a candy bar. You could easily conceal it in your palm if your hand is “large” enough. Despite that, it feels solid front to back.

The feel of the cameras gives off the impression of being high-quality. The screen and the buttons all feel solid and you can tell DJI put a lot of thought into the construction of this camera. So in terms of build quality, this one gets a thumbs up.

This is all wonderful but what about pricing. Regardless of how wonderful this thing is, if it costs a lot it’ll be a hard sell.

Thankfully, DJI priced this baby at a super reasonable price tag, so it’s as good a deal as you can get for a camera like this. If I wanted to film myself traveling and visiting places with a light camera that won’t get in the way, this would definitely be it. 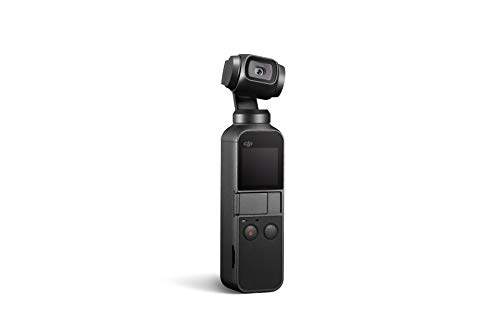 What Features Should My Camera Have?

Regardless of what category you belong to, you need to have these features in your camera:

It’s not 2005 anymore so make sure your camera shoots video in full HD (1080p). 4K is only optional and I don’t think it’s that important. Most people won’t care anyway.

In every camera’s specs there’s a part that talks about the LCD. you’ll want it to say tilting instead of fixed.

That’s because you want to tilt the screen to face you so you could see how you fit in the frame. No one wants to go back and forth making sure they’re in the right position.

If you’re a reviewer, you won’t need this one. But if you’re a vlogger you’ll want image stabilization.

It essentially keeps your camera’s footage from showing shakey or blurry. That’s definitely no fun. Some cameras have built-in stabilizers (mostly software-based) that’s what you want.

What Type Of Camera Do I Need?

That entirely depends on what type of youtube videos you want to make. I’d say there are two categories that you’re more than likely to fit into one of them.

Reviewers: this category includes any content maker who sits in one room in front of a stationary camera (most likely mounted on a tripod).

Regardless of whether they talk about beauty products or video games. What matters is that they’re in one location and their videos don’t require them to move the camera (even if they move).

Examples include Pewdipie, the Nostalgia Critic, etc… For videos like these, I would recommend a compact camera that shoots full HD 1080p.

I also prefer that they have a tilting screen (we’ll get back to this later.) I need to emphasize having audio input on your camera. It’ll make your life easier.

Do you shoot travel or daily routine vlogs? Do you record while carrying the camera with you everywhere you go? Then I recommend an action camera. Action cameras are little cameras that shoot in HD or even 4K.

They can be easily carried around and mounted on your head or your backpack straps. They make life a lot easier as you can film without worrying about holding the camera or its weight. Mobility is the keyword here.

I do recommend you have an image stabilizer to get smooth footage. This way your followers can watch without getting nauseated.

As always when looking for any kind of camera, doing your due diligence is of utmost importance.

You should consider weight (especially if you’re going to be traveling a lot with the camera), durability, and the kind of specs you need for the projects you’ll be using the camera for.

If price is a factor then we’ve given you a range of different options for all budget levels here.

We hope this article on the best camera for YouTube has been helpful to you. Did we miss your favorite camera for shooting YouTube videos? Let us know in the comments below.

The Ultimate Getting Started Guide to Scanning Film