Today on Filmmaking Lifestyle, John Farrell of LUUV talks about why you need to get a camera stabilizer in your ‘bag of tricks’ as soon as possible (if you don’t have one already!)

Demand for professional video production in general is increasing by the day. Marketers are seeing a jump in the effectiveness of video in their overall marketing mix with Hubspot stating last year that “at least 50% or more of your marketing content next year should be in video format, either hosted natively on social or created with social distribution in mind.”

That is great news for video makers but the landscape of the video making market is shifting just as quickly. A full 85% of videos today are watched without audio. Largely due to the impact of mobile browsing.

Brands are consistently looking for more and more content to deploy against their social media campaigns. Which means the quality has to be high.

However, more often than not, you’ll have a tight deadline in which to produce the goods. Video for modern social media has a shelf life of a couple of weeks at max, meaning the emphasis for quantity is increasing. 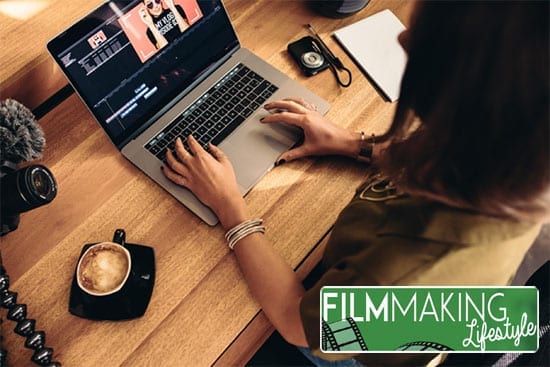 Stabilizers are great for video makers who need to produce professional and engaging content quickly and on a budget. The new generation of steadycams helps you boost the quality of your production while helping to save time too.

For example, if you’re shooting a lot of action with many single-shot opportunities, choosing to mitigate the risk of missing valuable action is an intelligent business decision.

Steadicams originally began to be used in the film industry in the 70’s. Haskell Wexler won an Oscar for Best Cinematography in ‘76 from which point on other directors saw the potential to smooth camera movements and add fluidity to their shots.

Prior to this, movie makers had the option to either shoot with the camera handheld or use a dolly. The new technology had so much of an impact on filming that it’s hard to currently find a feature film shot without the use of a steadicam, it’s an essential tool in the industry.

You can shoot movie quality footage on the move without the need for a dolly, slider or other heavy equipment. The use of a steadycam or gimbal gives the filmmaker more mobility and thus greater flexibility.

The stabilizer removes the shake usually caused by walking or running while recording making tracking-shots, panning and action scenes a breeze.

As the quality of your images increases, it’s then easier for your audience to connect and ultimately engage with the story being told. It’s a step closer to producing a look synonymous with cinema.

Mechanical steadicams still use weights and motorised electronic gimbals still use motors to keep the footage smooth. What has changed is the design and the components.

Traditional steadicams of the past were technical and expensive, requiring a lot of time and financial investment to get the benefit in shots.

Nowadays, there are niche suppliers like LUUV that have innovated to produce high-end quality stabilizers without the other headaches. These types of new steadicams have frictionless bearings, are more compact and are lighter than ever before. 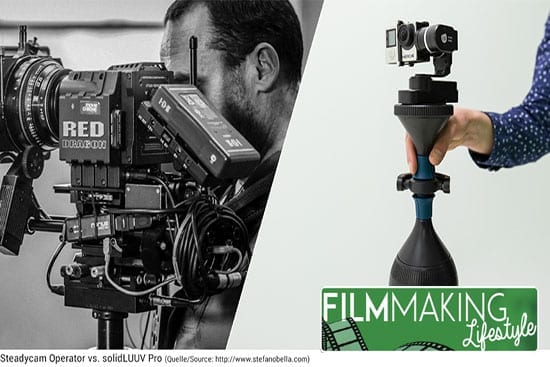 The videography market is increasing exponentially. A recent survey regarding the state of the market showed 91% of businesses planned to increase or maintain their spending on video in 2016.

And it’s only set to grow further, as more businesses realize how important video is for their marketing strategy.

Parallel to that, the impact of individual videos has been going down over the last years. Filmmakers need to do what they can to differentiate themselves from their competitors.

There are endless options to increase image quality of your productions. The ROI of a steadicam is immediately obvious when you see the versatility of the device.

There is a lot of hype around the smooth shots a stabilizer can provide and customers/brands buy into that. It gives competitive advantage to you as a filmmaker and the quality of your finished product. That is more important than ever. 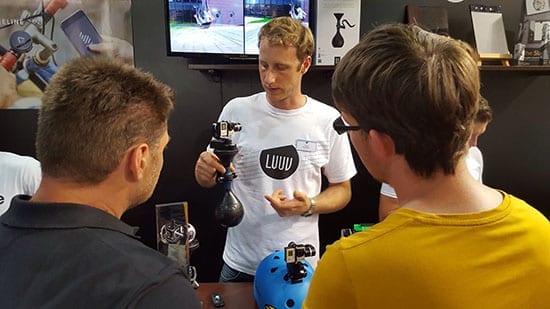 Getting to grips with stabilizers is pretty straight forward. With a steadicam, once you get it balanced, the first step is to learn to walk gently.

Steadicams of days gone by were large clumsy devices and you nearly needed a certification to use them. On the other hand, many of the new options are plug and play so they can be used with minimal setup.

Gimbals require even less: just mount the camera with a ¾” screw, power it up and go.

Wearable gimbals offer even more opportunities, finally addressing the long-time issue of crappy, shaky GoPro footage. You can mount them to your helmet, bike, car or wherever you’ve seen a GoPro mounted.

One issue being seen is the HERO5’s mics picking up motor noise, unfortunately caused by the new model’s 3 mics, which cannot be individually selected.

They’re cheaper and you’re getting more now for less cash. The camera stabilization market has taken off over the last 3 years. The entry of big industry players like DJI and GoPro bringing out highly publicized products such as the Osmo and Karma Grip has increased publicity and exposure for camera stabilization.

This has led to an influx of competition. This corner of the market was previously a primarily professional market, but has now broadened to the prosumer level.

The options available on sites such as Alibaba may function just fine, but you run the risk of having little or no recourse if it doesn’t. As a professional it makes sense to go with a reputable supplier.

As I mentioned before, movie spec steadicams like the Steadicam from Tiffen can run upwards of 5k, taking camera weights up to 9kg. Unless you feel like selling your firstborn, this is overkill for the average filmmaker who’s shooting with a GoPro, a point-and-shoot or a DSLR.

Fear not, though, because what we’re seeing is a democratization of the technology. All that good stuff that goes into these more expensive models is getting smaller and more affordable, so no one has an excuse not to step up their quality game.

You can pick a decent model steadycam starting around the 300€ mark and gimbals are similar prices.

They are longstanding tools for YouTubers like Devon Graham who makes epic productions:

But we’re also seeing daily vloggers like Fun for Louis starting to use stabilization equipment in his videos:

Remember, that the best steadicam is the one you can afford. And even the budget models will help you step up your game.

In Conclusion — Why You Need a Camera Stabilizer

In a nutshell, the equipment is getting cheaper. It still isn’t super cheap, but if you want to step up your game, it’s certainly not out of reach.

Stabilizers are quickly becoming a staple of every filmmaker’s bag of tricks, similar to drones a couple of years ago. Now, everyone has a drone and the same will happen with stabilizers.

They increase the impact of scenes dramatically. That’s a no brainer, of course. But it will be interesting to see what will come after the current stabilizer trend.

If you are looking to make a steadycam an integrated part of your filming equipment and want to make sure that you stay on top of the game for a long time to come, invest in a LUUV camera stabilizer. LUUV’s steadycam solidLUUV is futureproof and will work with all future 360° cameras. That way you don’t have to worry about not being able to meet the demand of your clients.

Your Business Energy Level: 15 Daily Habits That Are Draining You Of Energy

Case Study: How I Got an 89% Response Rate on Client Outreach Email, Got Links and Social Shares...And How You Can, Too

What Is a Lavalier Microphone? Definition, Examples & Tutorials

Best Drones For Under 1000 Dollars in 2022: Start Filming Professionally With These 3 Drones